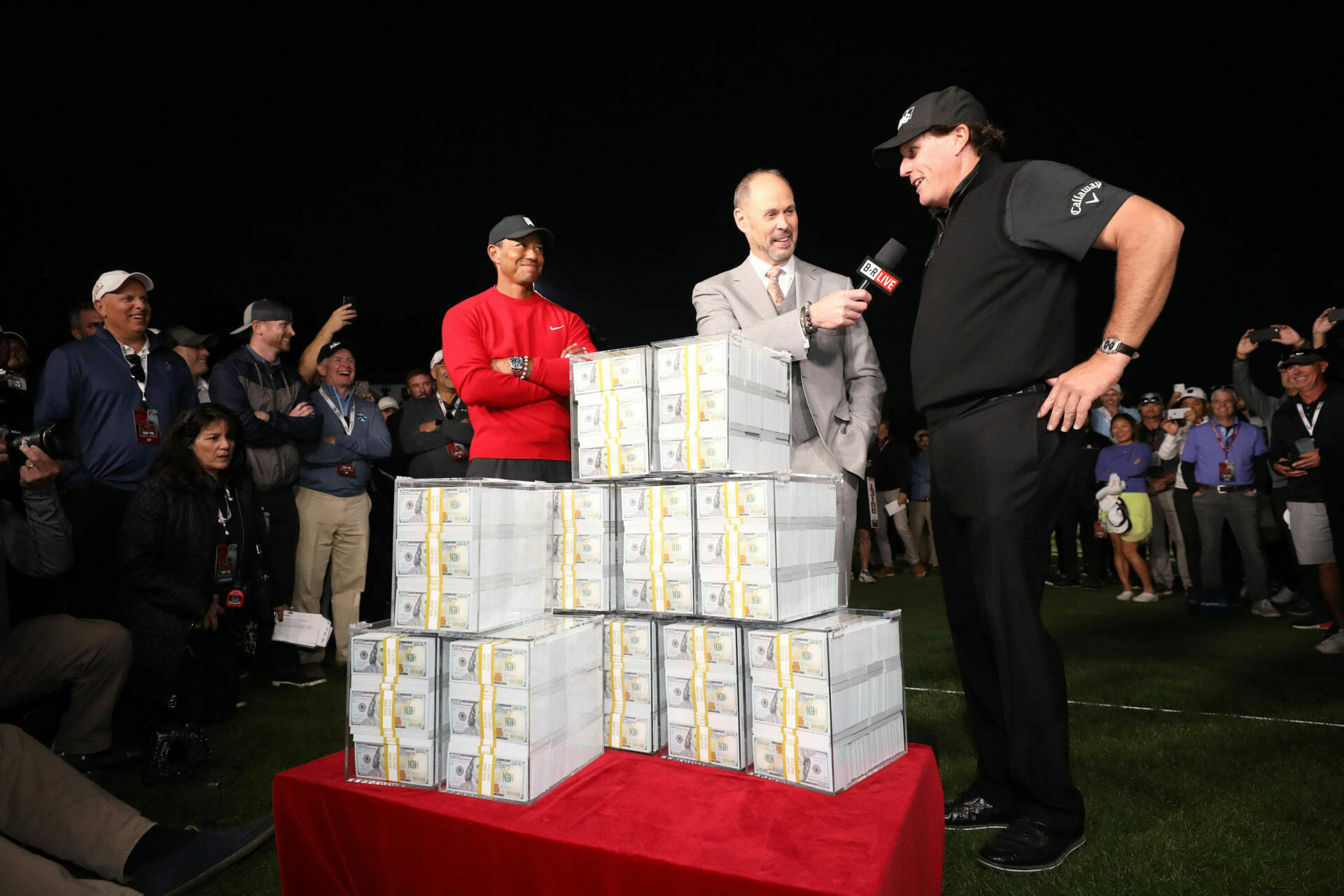 (Photo by Christian Petersen/Getty Images for The Match)

Just when you thought things couldn’t get any worse, you wake up of a Wednesday to widespread reports that ‘The Match’ between Tiger Woods and Phil Mickelson is getting a sequel.

For those of you who missed the first one, congratulations.

To this day I’m ripped from my sleep by a recurring nightmare – trapped between the pair of them trading pre-rehearsed insults that were an insult to insulting. They made my ears bleed, my eyes bulge, my body coil with boundless cringe… and that was just the golf.

The pain of it all is returning as I type, the mound of cash that many mistook as money for charity. It was the greatest haul of dollar bills I’d seen on screen since Walter White’s fortune on Breaking Bad was revealed in that storage unit. It was ghastly, obnoxious, completely out of touch with the common fan. But at least they made their money nobly, right?

A $9 million dollar winner takes all bounty felt just as criminal to me, and that’s before you take into account the pay-per-view divide.

So, what’s changed since the great heist of 2018? Well, this time the event is actually raising funds for charity.

“The Match: Champions for Charity is coming soon exclusively on TNT. All proceeds will benefit Covid-19 relief,” Turner Sports said.

Woods and Mickelson will be joined by AFL quarterbacks Tom Brady and Peyton Manning in some class of a two-on-two contest expected to be staged in Florida.

Beyond that, no details were provided, but that’s not exactly a surprise given the uncertainty around COVID-19.

And the broadcast itself was a shambles. Many who paid the price for the service received dud content and errors messages as the feed became flooded with traffic. The stream was so temperamental that some missed the start completely while there were those who didn’t pay a penny getting the action for free.

At least this time there’s a cause worth supporting to tempt us back in but there are so many ways to support coronavirus research and frontline workers that we can pick and choose how we donate.

And look, I miss live sport as much as the next person but to quote former US President George W Bush:

“Fool me once, shame on… shame on you…. You fool me you can’t get fooled again.”

Remember the days when you’d see George W fumble his way through a press briefing because his mind was more concerned with his golf game than his job as President and you’d shudder to imagine living in a country capable of voting for such a man?

‘It can’t get any worse than that’, I told myself, clutching my tricolour with pride.

But it can. My god, it can get so much worse. And the same goes for ‘The Match’.

I didn’t take a mulligan on the first one. I accepted the gravity of my error and marched on swearing I’d never make a swing like that again.

Best of luck to those who do.