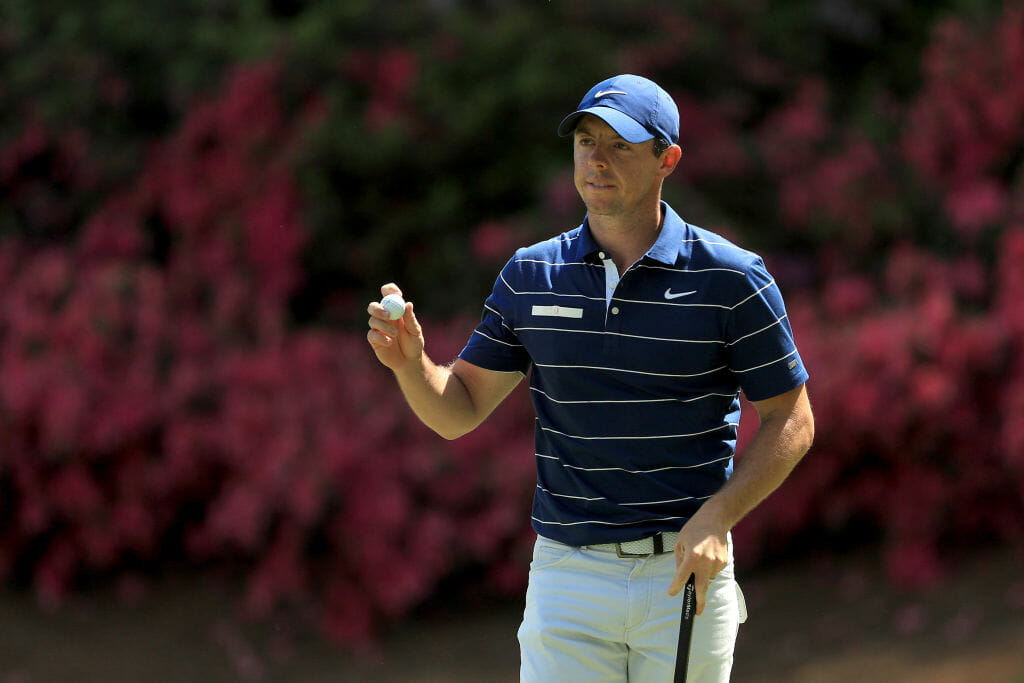 The Masters was set to tee off on April 9th but the Coronavirus pandemic has pushed it back to much later in the year with the 8th to 11th of October being singled out by many observers for the hosting of the 2020 tournament.

McIlroy was due to contest the back-to-back WGC-Dell Match-Play Championship and next week’s Valero Texas Open before making his way to Augusta for what would be a 12th straight Masters since making his debut with a T20th finish in 2009.

Harmon is best known for having been Tiger Woods’ coach from 1993 to 2004, though they have since gone their separate ways. In April 2007, it was announced that Harmon would start working with Phil Mickelson while Harmon has worked with the likes of Ernie Els, Stewart Cink, Greg Norman, Davis Love III, Fred Couples, Justin Leonard and he’s now working with Rickie Fowler and Dustin Johnson.

Harmon’s never worked with McIlroy but he’s clearly been a long-time fan of the current World No. 1.

And in his recent column for SKY Sports, the now 76-year old son of 1948 Masters champ Claude Harmon Sr, spoke of McIlroy’s chances of capturing the one remaining Major he needs to join golf’s elite ‘Grand Slam Club’.

“I don’t see how Rory can’t win as his game is suited for it and it’s the one he wants to win,” said Harmon.

“I think if he can just relax and allow himself to play golf, then as World No 1 to say he’s never going to win the Masters is ridiculous. I think for sure he’ll win it and when he wins one, he’ll win more than one.”

And Harmon spoke of Augusta’s decision to postpone the Masters rather than cancel.

“I thought it was interesting when they decided not to cancel the Masters, just to postpone it,” Harmon added. “It sure would be nice to have it, but I think we’ll just have to wait and see.

“I think if we are able to play golf then we should play the Ryder Cup, we should play The Open and play all the events we can, if and when the severity of this terrible virus passes.

“Unfortunately, none of us know when that is. They’ve talked about cancelling the Olympics, so who knows what’s going to happen and we’re all up in the air.

“I think the most important thing is get everybody around the world safe and then we can get sports back to being sports, which bring everybody together and give people some joy in some hard times.”