Internationals lead by 3 but U.S. rally late at Presidents Cup 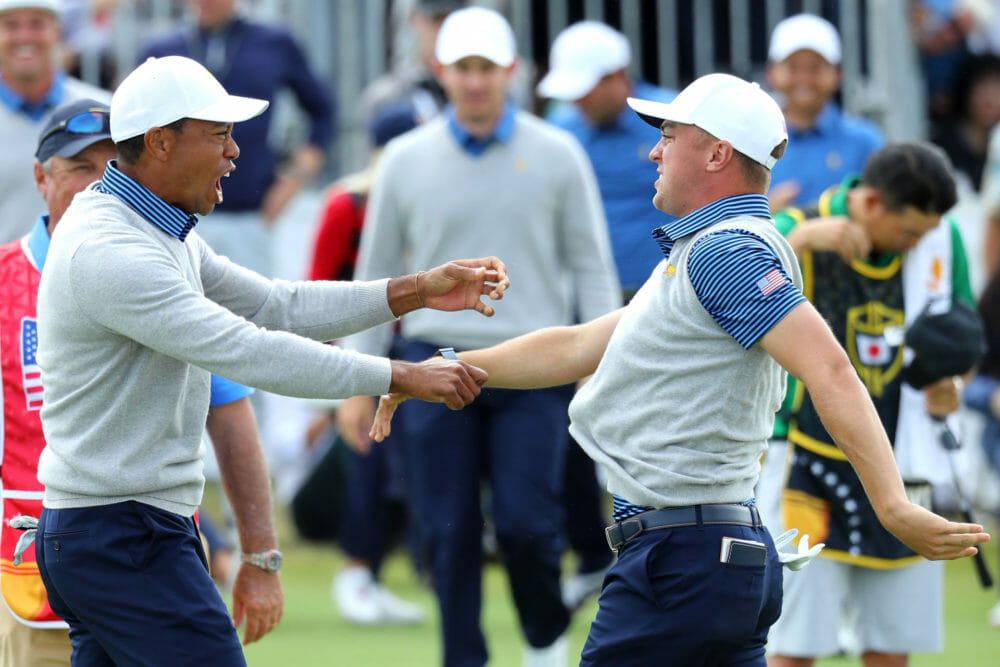 The International Team still leads the Presidents Cup but the momentum is with the United States after a dramatic late rally on day two in Melbourne.

The U.S. made three back-nine rallies, salvaging 2½ points out of matches where the International Team looked odds on for the win. Patrick Cantlay and Justin Thomas holed nerveless birdie putts to turn the tide and Fowler sank a key par putt, to allow the U.S. to crawl within three points of the International Team.

Still, it could’ve been looking even better for Els’ charges given the control they held with only holes to play on Friday. Leading all five matches on the back nine, the United States refused to give in but Els insists that a three-point lead is satisfying, despite what might have been heading into the weekend.

“Sometimes it bites you,” Els said. “Put a spear in it and bite back.

“Saying that, we’re in the lead. The Americans played wonderfully on the 18th hole and all credit to them.

“My guys learnt a lot from [Friday] afternoon. We won’t make this happen again. But saying that, they played great; birdies, great shots, and that’s why they are champions.”

“Look at the record we’ve had in the foursomes the last 25 years – for us to come out two-and-a-half – two-and-a-half in the session is like a win for us,” Els added. “We would have taken that at the start of the day.”

Meanwhile his opposing number Woods, who led the U.S. rally alongside day one winning partner, Justin Thomas has predicted a shift in momentum ahead of the weekend.

“It looked pretty bleak, but the guys turned it around,” Woods said. “They played phenomenal coming in. It was important for us to end the way we did and it totally changed the last hour.”

This week marks the first time the International Team has carried the lead into round three since 2005 while they are seeking a first Presidents Cup victory since winning at The Royal Melbourne Golf Club in 1998.

Note: Followed by four Foursomes matches in the afternoon. Pairings will be made approximately 10 a.m. local.