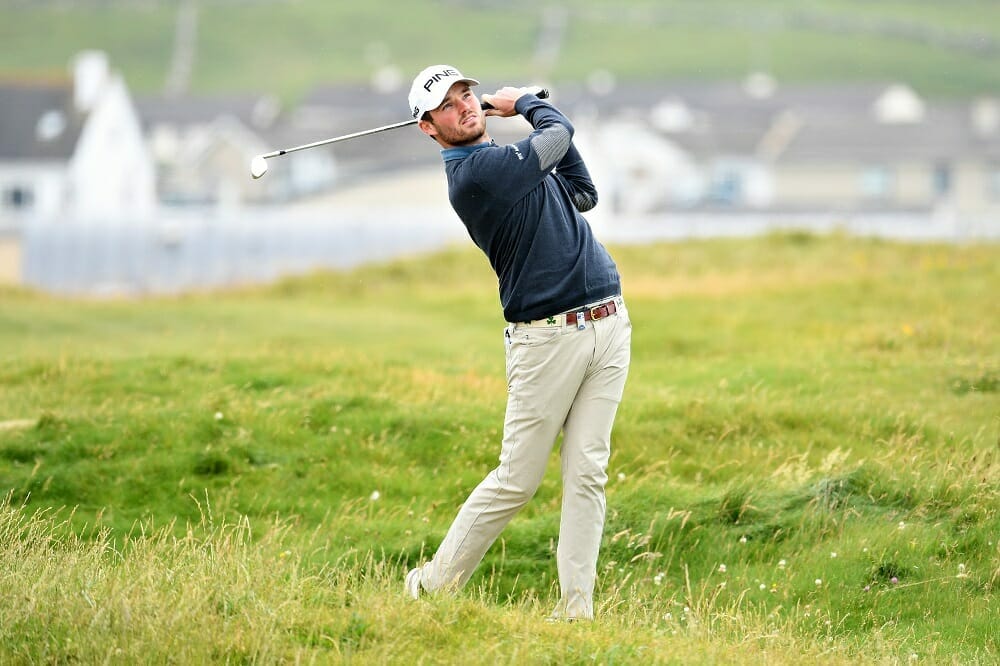 Cormac Sharvin is refusing to mess with a winning formula ahead of his debut as a full-time member of the European Tour at the Alfred Dunhill Championship in two weeks’ time.

The Ardglass professional was one of 15 Challenge Tour members to win a card to the Main Tour at last week’s Grand Final in Mallorca and unsurprisingly, the 27-year old, who enjoyed his most consistent campaign as a professional this year, won’t be changing anything ahead of his Rookie season on the European Tour.

“I can’t get too uptight about the fact that I’m now playing European Tour. I have to take every week as I have done the past year and hopefully I can have another good year.”

It was an exceptional campaign for Sharvin, underlined by seven top-6 finishes, over €100,000 banked on the Challenge Tour alone and a season highlight where a venture to the European Tour for his home Open at Lahinch saw the Ardglass professional bank a cheque worth €85,655.

The Dublin resident will have many more opportunities to showcase himself on the world stage and although options could seem endless for a starry eyed new-comer to the top-tier of European golf, Sharvin insists he will pick his battles, a tactic that served him well on the Challenge Tour all year.

“I played three in a row max and that stood me in really good stead in terms of being fresh every time I teed it up. Towards the end of the year, I played a little bit more, I went to China and I felt the wrath of that in my results. I wasn’t as fresh as I like to be and I didn’t play as well. I think you’ve got to have the guts to take weeks off.”

In the meantime, Sharvin can sit back and take stock of a season in which he has excelled while his 2015 Walker Cup teammates, Paul Dunne and Gavin Moynihan sit the most intense examination in golf starting Friday at Final Stage Q-School at Lumine.

“It was actually a loss for me, Paul [Dunne] losing his card,” Sharvin said.

“He would’ve been someone I could stay with who’s played a lot of the courses. It would be nice if we could get a few of the guys to get their card [at Q-School].

“Obviously Shane’s there but Shane’s going to play a mixed schedule. I think the more players we can get out on Tour, we can then feed off each other. Paul’s said for years that he wanted more Irish people on Tour – more company  – so hopefully we can have two or three of us at least out there come the end of the week.”