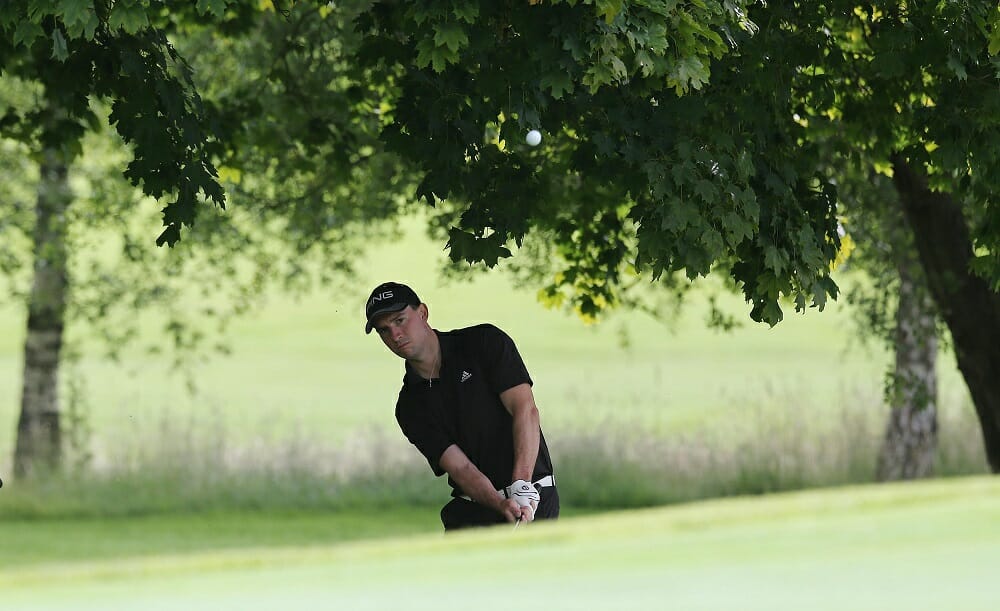 Adam Dunmore has something of a love/hate relationship with St Anne’s Golf Club. Five months after losing a playoff at the Dublin venue, the Bundoran GC professional claimed his first win of the season in the St Annes Pro-Am sponsored by Workday.

“The course is similar to Bundoran, so I’m well used to that type of links golf,” said Adam who put his win down to some solid striking off the tee.

Starting at the 10th he played his opening nine holes in two under 34 with four birdies and two bogeys on the card. He birdied the first to reach three-under for the day but a dropped shot at the fifth followed by a double at the seventh set him back before he finished strongly with a birdie on his final hole of the day.

He added; “There was a little bit of everything in there on my front nine. The pars that I did have, I probably should have had birdies at those as well.

“I drove the ball brilliantly on the front nine and that meant the par fives were reachable because I was hitting the ball well.

“The couple of dropped shots came as a result of getting the wind wrong. It was a two or three-club wind and some of the shorter putts were also tricky. You needed to be confident with your stroke and a couple of times I just wasn’t.

“I was happy with my birdie finish to reach one under but I didn’t think it was going to be enough but the longer I sat in the clubhouse, the more I realised it was a good score. The wind picked up and it got more testing.”