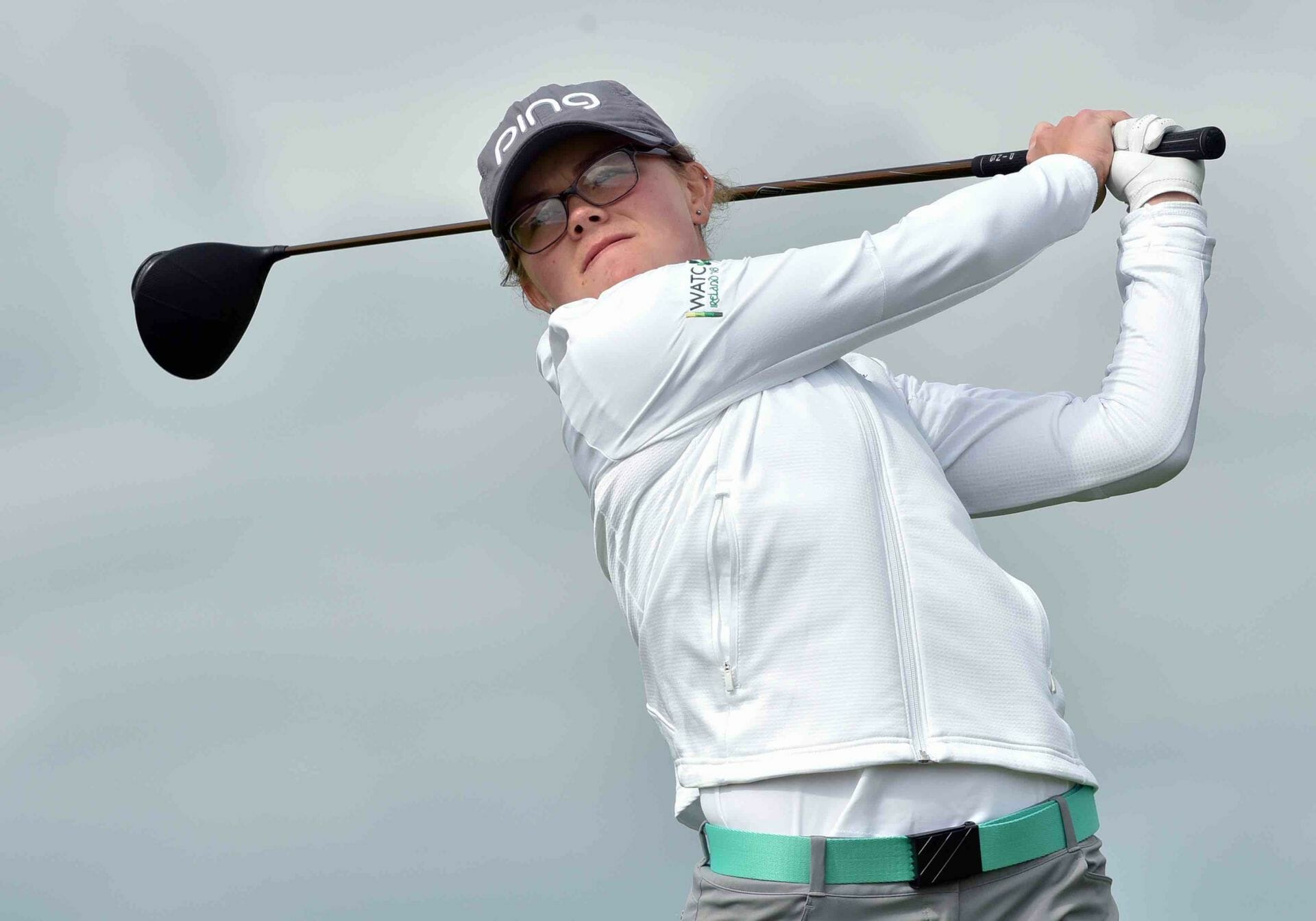 England claimed both the R&A Women’s and Girls’ Home Internationals after the rain-affected final day of the round-robin competitions were played at Downfield in Scotland.

Both Ireland and England came into third and final day having beaten both Scotland and Wales over the first two days of competition, leading to a title shoot-out between the two sides in both events.

With the weather causing havoc, it was a long and frustrating final day but it was England that ended it in celebratory mood edging out Ireland 3½ -2½ in the women’s event, while the Girls in Green had to endure the heartbreak of losing out on a countback having drawn 3-3 with the old enemy in regulation play.

With the dreadful forecast threatening to wipe out the whole day’s play, a decision was made to send the afternoon singles matches out first and then hopefully follow on with the foursomes. Six hours of play were eventually washed out and the outcome of the final round of matches was decided on the results in the singles.

In the women’s event, England took control by winning the top three matches through Isobel Wardle, Lily May Humphreys and Emily Toy. The doughty Irish hit back with wins from Clandeboye’s Jessica Ross and Castewarden’s Lauren Walsh and it was all set for a last match decider between Ellen Hume and Lisburn’s Paula Grant.

England’s Hume was one up with two holes to play but Grant kept the match alive with a great birdie at the 17th and the pair went down the 18th. Unfortunately the former Curtis Cup star Grant couldn’t find another and with the final hole halved in pars, England had the win.

The Girls’ contest was a real thriller with four of the six matches going to the 18th hole before England took the title thanks to a superior points total in individual matches (17½-15½).

It was desperately disappointing for the Irish girls and captain Helen Jones. Last year at Ballybunion, the side also drew with England but eventually finished third overall. Our girls did us proud in defeat however and will no doubt learn more from this experience than if it turned out any other way. Onwards and upwards girls!

Click HERE for Women’s scoring and HERE for Girls action.