Dawson within striking distance of maiden win in Denmark 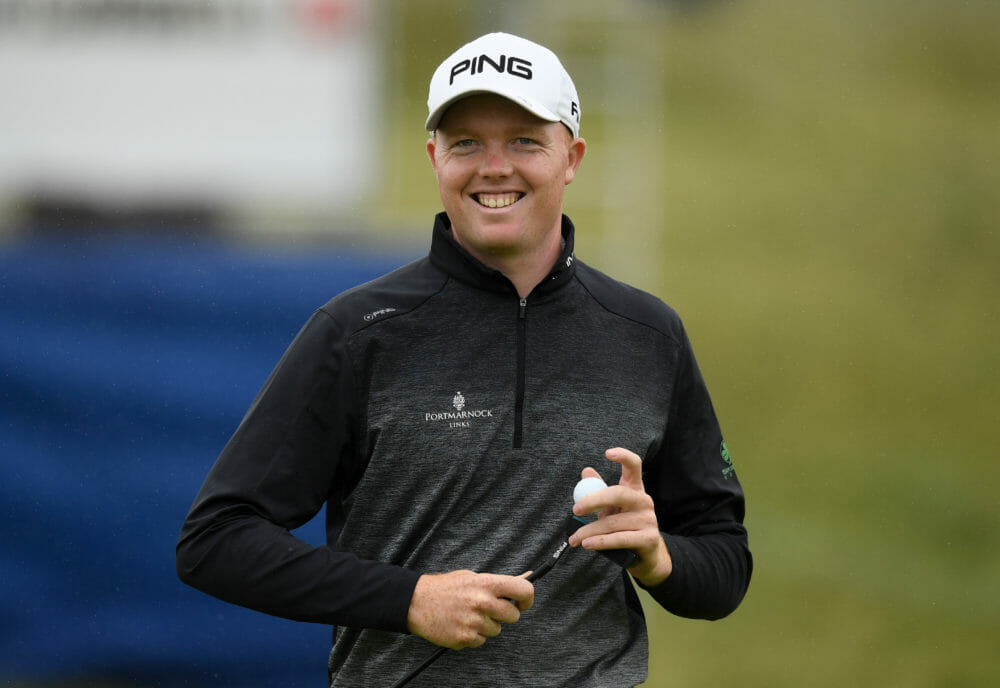 Robin Dawson took the fast lane down route 66 to bolt into contention on moving day at the Made in Denmark Challenge – Presented by FREJA.

It’s been a tough transition to the paid ranks for the Tramore professional but there’s been signs this summer, not least at this year’s Irish Open, that he’s beginning to find his feet.

Not only has he found his feet this week but he’s sprinted into contention at 15-under par, lurking with intent just two shots back of the leaders ahead of a potential final day assault on the title.

Dawson was majestic in his work, firing three birdies either side of the turn without a blemish in sight to move into a tie for ninth on the congested leaderboard.

He’ll carry Irish hopes solo on Saturday because much like its counterpart event on the European Tour, the Made in Denmark Challenge continues to break the mould. This year in Skanderborg, the field has been cut to the top 45 professionals and ties for the last day, which fell at ten under par.

That was sadly one too many for Castleknock’s David Carey whose one-under par round of 71 only advanced him to minus-nine for 54-holes, agonisingly short of the required mark.

West Waterford’s Gary Hurley had earlier been done by a sharp halfway cut as the second rounds were only completed this morning at the weather hit event. Hurley had gallantly moved to minus-five through 36-holes after a second round 68 but his hopes were dashed by the sharpest halfway cut on the Challenge Tour this season.

Rosapenna’s Ruaidhri McGee was stuck on even par for the week while Naas pro Conor O’Rourke’s recent struggles continued after adding an even par 72 to a three-over par opening effort of 75 to also miss out on the last two rounds of the tournament.

At the head of affairs, Matthew Jordan’s breakout season continues as he takes a share of the lead into the final round in Denmark.

The 23-year-old, who is playing in his first season on the European Challenge Tour, has carded opening rounds of 65-68-66 to sit in a five-way tie for the lead on 17-under par.

The Englishman began his campaign for a European Tour card on a high note, with a top ten finish at the season-opening Turkish Airlines Challenge.

The Merseyside native then announced himself to the golfing world in May when he took the first round lead at the Betfred British Masters just minutes from where he grew up.

With wind in his sails, Jordan notched consecutive top tens on the Challenge Tour in France and Spain before capturing his first victory at the Italian Challenge Open Eneos Motor Oil in June.

Currently occupying the third position on the Rankings, a win tomorrow would go a long way towards cementing his European Tour card, but he acknowledges there is still much to be done at Ry Golfklub Silkeborg, where scoring has been low all week, and his game plan will remain unchanged.

“Within myself, I’m trying to play as aggressively as possible without being silly,” he said. “Whether I’m last or first, to be honest I’m still going to do the same thing.

“It’s difficult because you know everyone is making birdies out here and because everyone is, you put pressure on yourself then to try and make birdies.

“I think that’s the actual challenge this week, is to try and stay patient and try to be aggressive. You’ve got to make birdies otherwise it feels like you’re going backwards.”

Sharing the lead with Jordan is Roope Kakko, who was in front of the field for most of the day before a double-bogey on the 17th hole dropped him back to the field. Despite the miscue, Kakko remains happy to be competing after being hospitalised only two weeks ago with reactive arthritis.

“I wasn’t too disappointed after 17 to be honest,” the Finn said. “These things happen. It’s a long tournament, there’s one round to go and you can’t get too down on yourself.

“I’m just happy to be playing tournament golf and to be tied for the lead. I’m just happy. I’m happy and I’ve got a great opportunity tomorrow.”

The low round of the day, and of the tournament so far, was carded by Richard Bland, who made ten birdies and an eagle on his way to an eleven under par 61, which moved him up 51 places into a share of the lead.

The 46-year-old Englishman is positioned ahead of Jordan in the Rankings, and a win tomorrow could move him to the top spot on.

Rounding out the five players who share the lead are Calum Hill—who has recorded a win and a tied-third place finish in his last two starts on the Callenge Tour—and Joel Sjöholm, who is also a proven winner on the Challenge Tour having won in 2017.

Due to expected weather, the final round starting times have been moved up, and are set to begin at 7:30 am local time, from both the first and tenth tees, with the last group of Sjöholm, Bland and Hill set to go at 8:50 am.