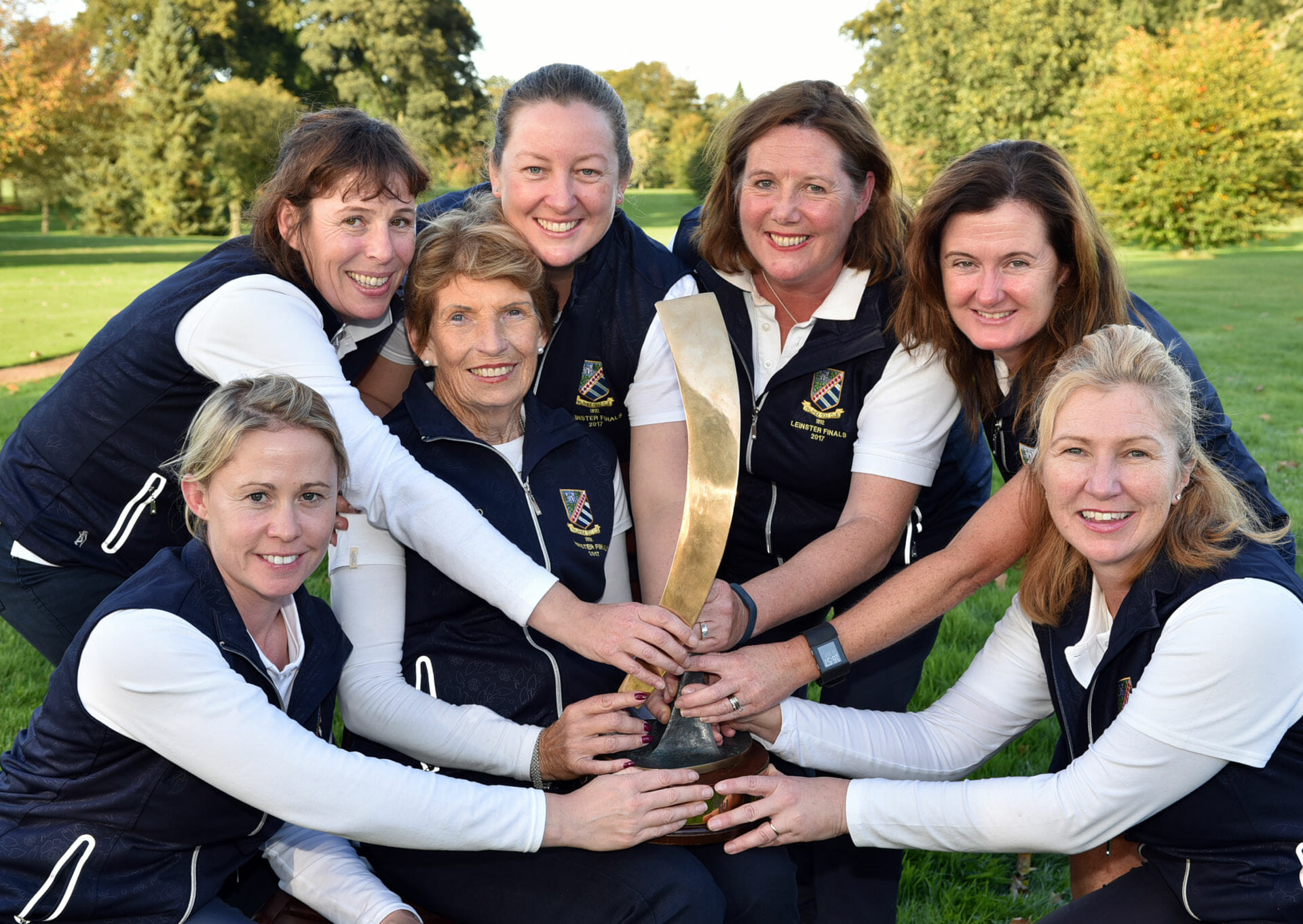 Máire Falvey turned 81-years-old last month but continues to play three to four times a week at Malahide Golf Club where she has been a member for 45 years.

Described by her daughter, Ciara, as a poster girl for Irish women’s golf, Máire took up the game when she was 25, originally playing at Howth.

“I came from a golfing family, my grandparents and my parents were all golfers. When I was younger I was busy and working and didn’t have time to play but when I got married my husband was a golfer as well so there was no escaping it,” she laughed.

It didn’t take long for what would be a lifelong infatuation to conceive itself.

“I remember my husband had had the flu and had just recovered when he brought me out to Howth. I had just two or three clubs with me but I was hooked, the golf bug bit and there was no holding me back. I thought it was just amazing.”

The young couple lived in Clontarf at the time and despite raising a growing family, there was no question that Máire would get her time on the course – in fact, by today’s standards, there were more barriers than a two-year-old toddler at home to contend with.

“I used to leave her [the then youngest child] to a play group, get a bus up to Sutton Cross and then walk up to Howth Golf Club to play 9 holes. Then I’d walk back down to get the bus home and collect her! I was so determined to be able to play and these were in the days when a second car in any family was out of the question.”

For any golfer there is that one shot, one hole or one tournament that sticks out as a greatest achievement. Given the length of time Máire has enjoyed the sport, she has unsurprisingly a list of memorable achievements she wanted to share. Firstly – the time she won a Captain’s Prize while seven months pregnant.

“I have five kids now and only four of them play but that daughter was a golfer the minute she started! She plays off a handicap of 11 now in Malahide.”

Máire also has two National AIG Ladies Cups and Shields medals to her name, one from the AIG Minor Cup in 2008 and the other an AIG Challenge Cup in 2017. However, surely her most unique accomplishment is her record in the annual Mother and Daughter event at Donabate Golf Club.

“I’ve won that on three occasions, all with three different partners! I won it with my own mother 32-years-ago and I then won it with my daughter, and then I won it again with my second daughter.”

The theme of Women and Girls week is #WhyIGolf and for Máire, the main benefit is psychological.

“I find it’s just so relaxing no matter what’s on your mind. It’s better than any medicine. You go out and you get fresh air and you’re concentrating on what you’re doing and no matter what your troubles may be, you just forget them.”

Additionally, and maybe obviously, golf has had its physical benefits for Máire too.

“In the last 18 months I broke my elbow and had a little stroke – but I was lucky to get that far in life without having had any issues before that. The stroke was at the end of October but I was still back playing for the Christmas Hampers – I don’t let anything get in the way of my golf!

“People ask me ‘and are you playing the 18 holes?’ I say I am of course! You’re out there enjoying yourself getting exercise – if you’re playing a couple of times a week then it’s one of the better forms of exercise from my point of view anyway.”

Golf Clubs are dependent on their members who rebate time and energy in order to give back to the club in a wide range of capacities. Máire has been no stranger to the inside of a committee room in her tenure as Captain, President, trustee and general committee member.

“I’ve had every office in the club, except treasurer!” she smiled. “I was also on the ILGU Eastern Executive for three years back in 1997. I really enjoyed those roles, you’d make so many friends, and you really do with golf in general.”

Despite her handicap escalating a few shots, the enjoyment of the game is still there for Máire who continues to be the clubs number one supporter at all interclub events.

“I’ve played and managed different teams up and down through the years, the lowest handicap I got to was about 16 and I played off that for 20 years. I enjoyed golf at that level but obviously now I’ve gone back out to 28 – it hasn’t affected my enjoyment though.”

Indeed there is no sign of her slowing down on the course and as Máire hung up the phone to head to the course for her second round of the week, she said: