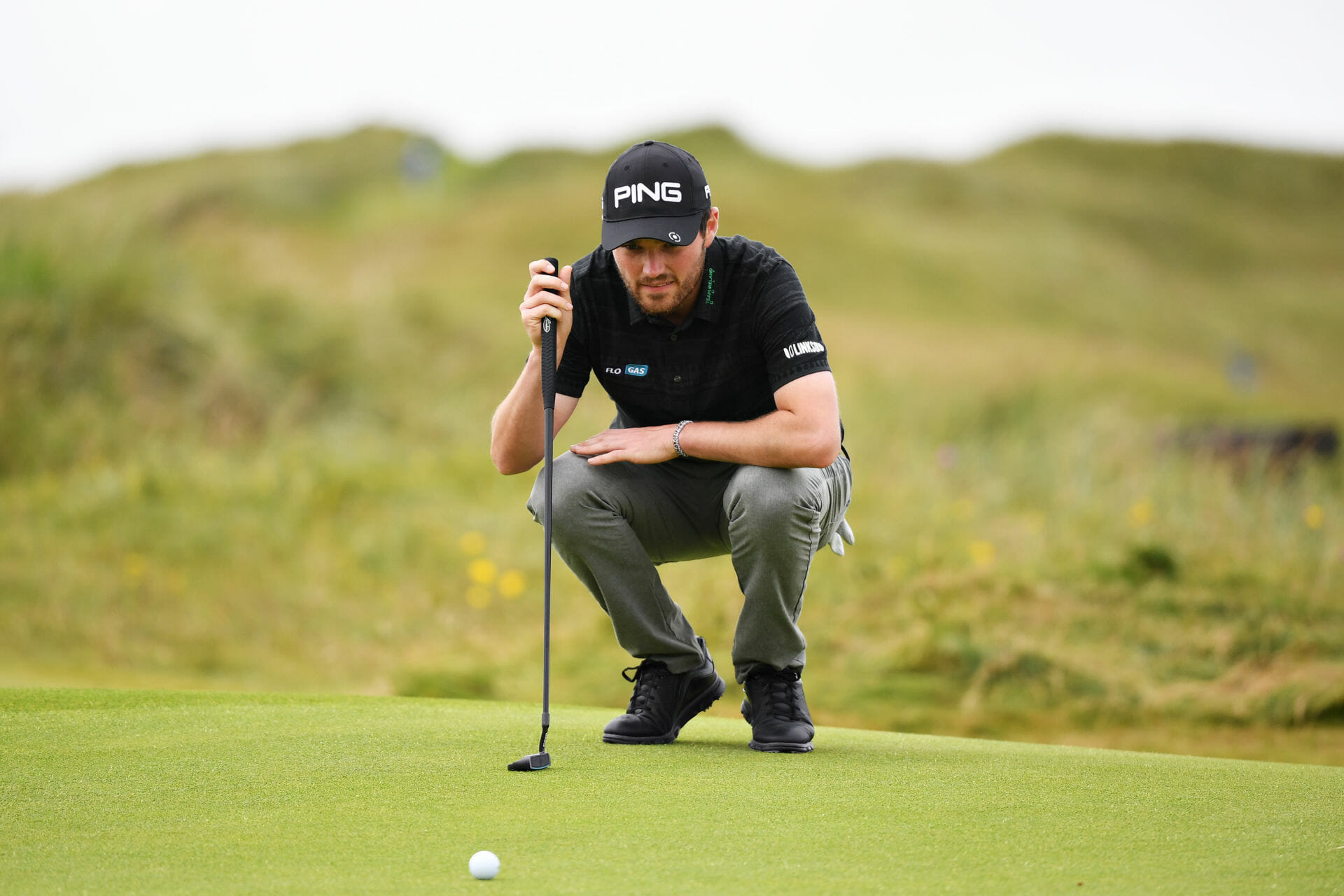 Cormac Sharvin’s ultimate goal of gaining permanent status to the European Tour was given another boost after the Ardglass man snatched a top-5 finish from the jaws of defeat at the Le Vaudrieul Golf Challenge in France.

For a long time on Friday it looked as though Sharvin’s one-over 36-hole tally would fall short of the weekend cut but the 26-year old snuck in on the mark and took full advantage.

Riding the wave of his Irish Open heroics the week before at Lahinch, Sharvin kicked into gear with a moving day 65 and with players struggling on Sunday at Golf PGA France du Vaudreuil, Sharvin was able to grind out a two-under par 69 that only got better as the day went on.

In the end, Sharvin’s seven-under par total was rewarded with an outright fifth place finish while he collected another significant cheque worth €10,500 for the effort.

Not only that but the points earned from another top finish for the consistent campaigner saw Sharvin move up to seventh spot on the money list with the top-15 players at the end of the season earning their Main Tour stripes for next year.

Meanwhile Rosapenna’s Ruaidhri McGee signed off on a stellar week with an even par 71 for a minus-one total and a share of 32nd place.

At the top, Steve Tiley claimed his first win on the European Challenge Tour with a wire-to-wire victory at Le Vaudreuil Golf Challenge.

The Englishman, playing his 11th season on the Challenge Tour, finished runner-up to last year’s wire-to-wire champion Richard McEvoy, but went one better this time, recording a final round of 72, one over par, for an 11 under par total to seal a debut victory.

After opening rounds of 64-68-69, the 36-year-old held off the challenge from compatriot Richard Bland to become the third successive Englishman to lift the trophy at Golf PGA France du Vaudreuil following in the footsteps of McEvoy and Aaron Rai.

“It sounds fantastic. I came close last year and finished runner-up to my good friend Maccas, so it was nice to seal the deal this year,” Tiley said.

“I was feeling nervous on the first tee. I’d slept on the lead for the last two nights and that is always hard because you wake up thinking about the different scenarios.

“It’s a tough tee shot on the first hole and I didn’t want to put myself in the bunker or up the lip of it. It was a nervous start and I was pretty nervous all day, but I slowly got into the round, playing a few holes without nerves helped a lot.”