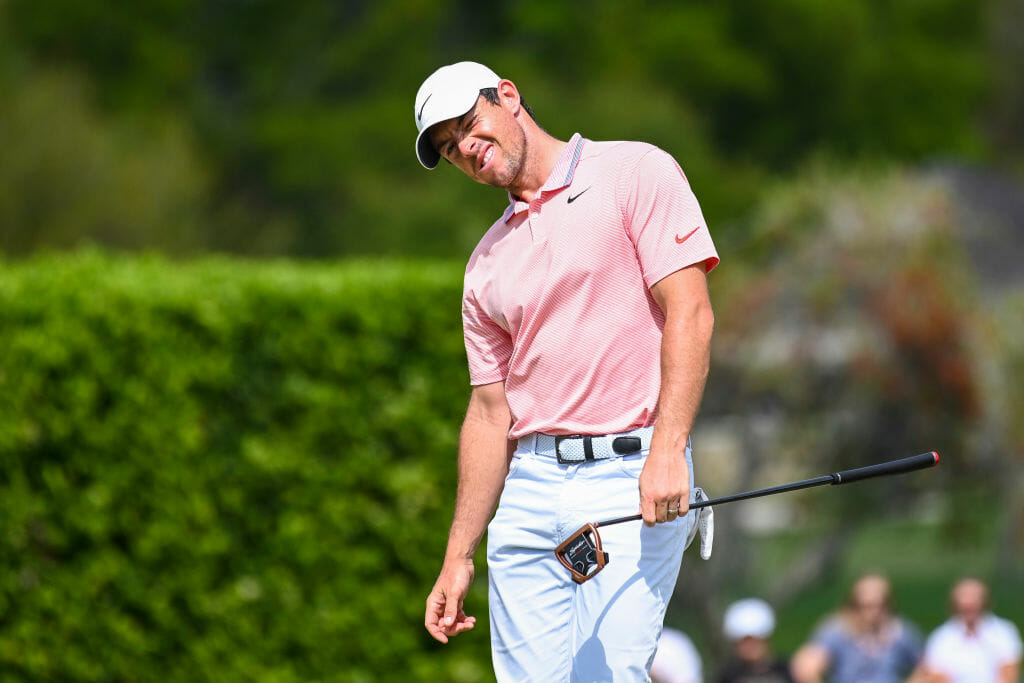 Unlike McIlroy, Stenson’s not previously competed at the 148th Open Championship host venue having not entered the Irish Open when staged in 2012 at Royal Portrush.

In very stark contrast, McIlroy was just 16-years old when he posted a remarkable 11-under par 61 during the 2005 North of Ireland championship and he’s been back to the Co. Antrim links gem many times since.

And with nearly three-quarters of all ticket sales having been snapped-up by fans living in Ireland, McIlroy and his current three Irish countryman, are sure to generate much of the Open Championship interest.

“Rory’s not as good-looking as me but he does have a few more majors than me so maybe I will trade his place next week”, said Stenson smiling.

“Of course, next week for Rory is going to depend on how well he can channel that Irish crowd support as home support can be a great thing but also a burden.

“The thing is, if you are not playing great and if you can feel like everyone is expecting you to play great, then it can be a bit of a tough one.

“On the other hand, if Rory gets going then he can draw on what will be overwhelming Irish crowd support so it can work both ways.

“So, I don’t think there is a man teeing-up next week who would not like being Rory McIlroy given his extensive knowledge of the golf course.”

Stenson got his first look at Royal Portrush last Sunday afternoon but did not play the course till Monday morning and liked what he saw.

“After walking the course on Sunday afternoon, we sat down with my caddy and one of my coaches and formulated a plan how to play the course on Monday morning,” he said.

“The greens are a lot more elevated than what I was expecting while the rough is fairly tough in places, and is the case in playing any links course, you have to manoeuvre your way around there and avoid the bunkers.

“So, saying that I don’t think it will be a low-scoring Open Championship but then the weather is always one of the biggest factors and it were to get a two-club wind around there, it is not going to be an easy golf course by any means.”

The 2016 Open Champion will be contesting his 15th Open and with the now 43-year old Swede fully-fit to tackle the task after last year battling an injury in just finish inside the top-40.

“I played well at the US Open and some things well in Canada the week before but I still feel like I was close to that top form you need in the Majors,” he said.

“Going into the Majors you need the experience, patience and the right game plan and much more, and while I was pretty tidy around the greens at Pebble Beach and would finish top-10 which was nice, I did make two unforced errors on 15 and 16 to miss greens with an 8-iron and also a 9-iron in my hand, and from the middle of the fairways on both occasions.

“That’s not really my ball game, so it could have been a really good week without those two bogeys.

“So, without those bogeys I would have finished tied third and that would have been more pleasing.

“Now after this first round 66 here in Scotland I have managed to pick-up some momentum especially playing from the long stuff and that is what I am excited about at the moment.”