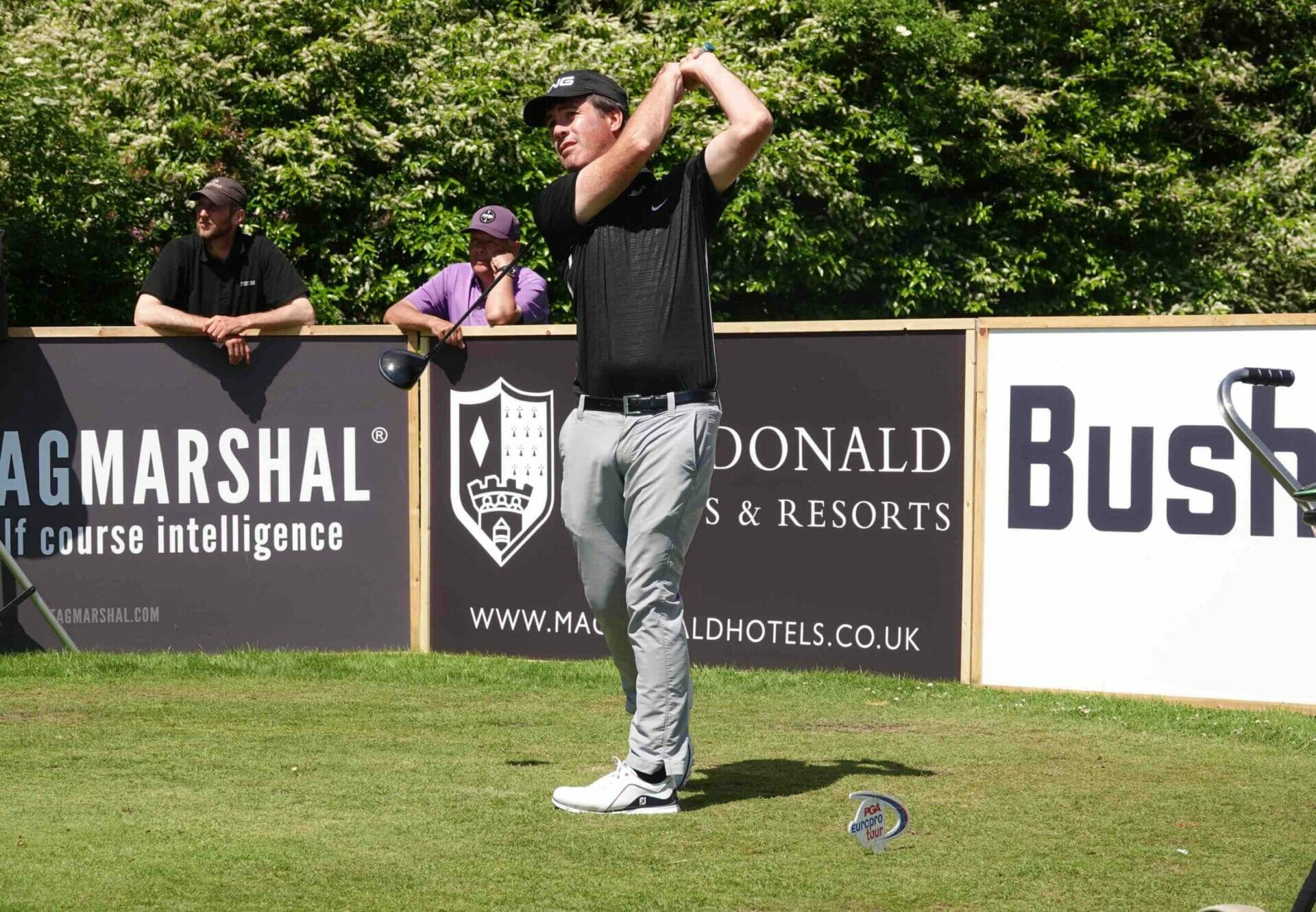 Tim Rice rounded off a fine week with three smashing birdies to finish in a share of second spot at the EuroPro Tour’s Motocaddy Masters.

The Limerick professional was level par for his day having traded two birdies and two bogeys through 15 holes before turning a good week into a great one when rolling off three-in-a-row to sign for a three-under par 69 at Macdonald Linden Hall.

His nine-under par tally fell one shot short of the winning mark but Rice collected a cool £2,592 as a consolation prize for a near miss that puts him in good stead for the rest of the season.

Clandeboye’s Jonathan Caldwell posted a disappointing three-over par 75 to tumble to a share of 19th while it was better news for St. Anne’s Cameron Raymond who continued his mini-resurgence of late with a third successive one-under par 71 to pick up a top-30 finish.

That was the same total as Whitehead’s John Ross Galbraith who would’ve been feeling a lot worse about his finish having carded a 76 to close out the tournament.

And rounding off the Irish scoring was Royal Dublin’s Niall Kearney who carded a 76 of his own to finish in a share of 50th at two-over par.

At the summit, Andrew Wilson took the honours after clinching a place at The 146th Open later this month.

Wilson (Rockliffe Hall) knew a good round would put him in the mix and posted his second 67 of the week to go five under for the day to win by one shot.

It’s some week for Wilson after playing two rounds of enduring Open qualifying on Tuesday in Nottingham. He played his third round of the week at lunchtime on Wednesday in his opening round at Macdonald Linden Hall where he shot five under.

Wilson said: “It was really tough. The entire day was really tough. I was just happy to finish and even better to win. I played here on Sunday for practice then practice round on Monday (Open qualifying), then two rounds on Tuesday plus, regional qualifying then Dudsbury. I don’t know many rounds of golf I’ve had over the last two weeks.”

“I didn’t expect to be up there to be honest. I struggled a bit yesterday. I just sort of held it and my caddy did a really good job.”

He went out in his last round with six birdies and only one bogey to put himself right into contention. Something that seemed unlikely at the start of play.

It wasn’t to be for Richard Mansell (Beau Desert Golf Club) and James Allan (Chelsmford Golf Club) who both ran Wilson close at the end with Mansell finding the water on 18 and Allan going close with a putt to tie for a playoff.