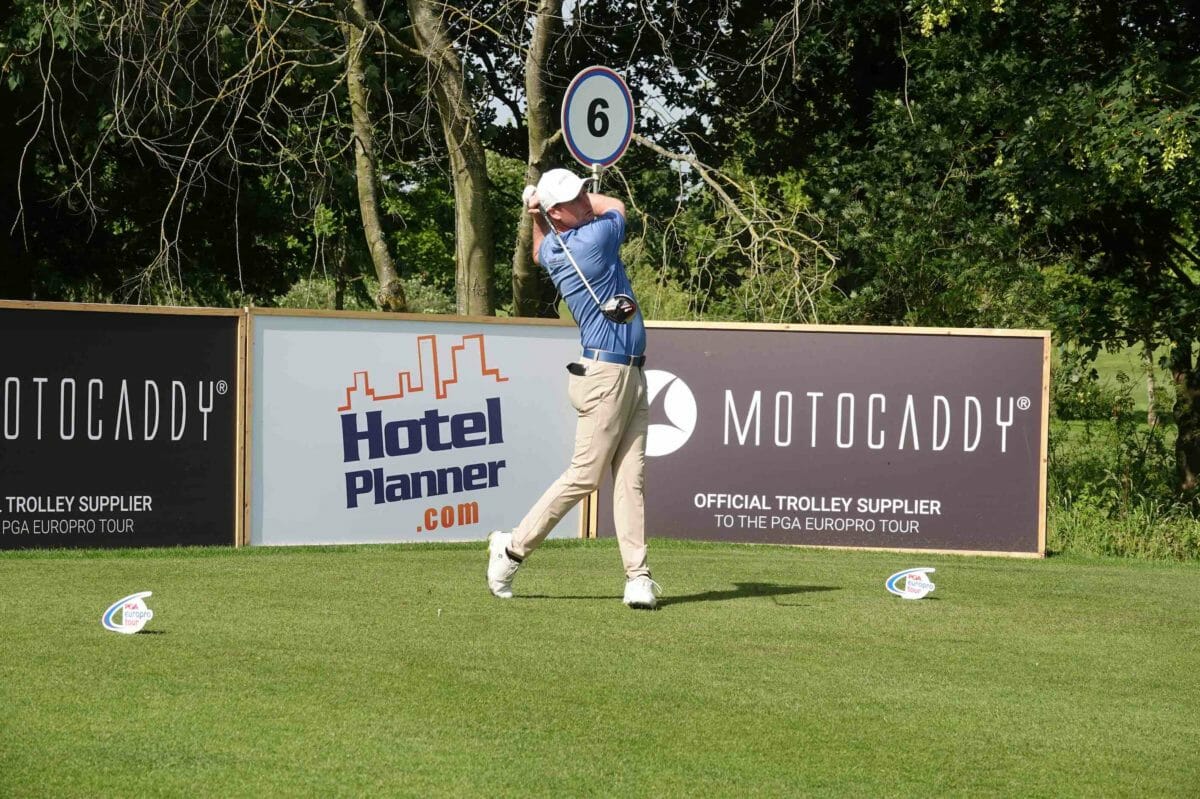 Jonathan Caldwell and John Ross Galbraith found rounds in the 60’s to loom large on the leaderboard ahead of the final round at the Motocaddy Masters.

With the eyes of Ireland transfixed on Lahinch this week, Ireland’s pros competing further afield are eyeing a victory in England on Friday, with Clandeboye’s Caldwell best placed after firing a superb five-under par 67 to move into third place at eight-under par.

Caldwell sizzled with six birdies in all to trail Calum Fyfe by just two strokes after day two.

Just in behind Caldwell is Whitehead’s JR Galbraith who raced up the board with seven birdies in a four-under par 68. The Northern Irishman is now in a tie for 4th at minus-seven, one stroke ahead of Limerick’s Tim Rice who’s also in the mix at six-under par.

Rice navigated his way around Macdonald Linden Hall without a bogey on the card and will hope to add to his maiden EuroPro Tour win of last year when the final round gets underway on Friday.

Meanwhile Niall Kearney played his last seven holes in three-under par to ensure his progress to the last day.

The Royal Dublin professional was three-over through 10 but ground out a score to return to parity on the day to sit in a tie for 30th overnight at minus-two.

Kearney was joined by St Anne’s Cameron Raymond who fired a second successive 71 to also get to minus-two.