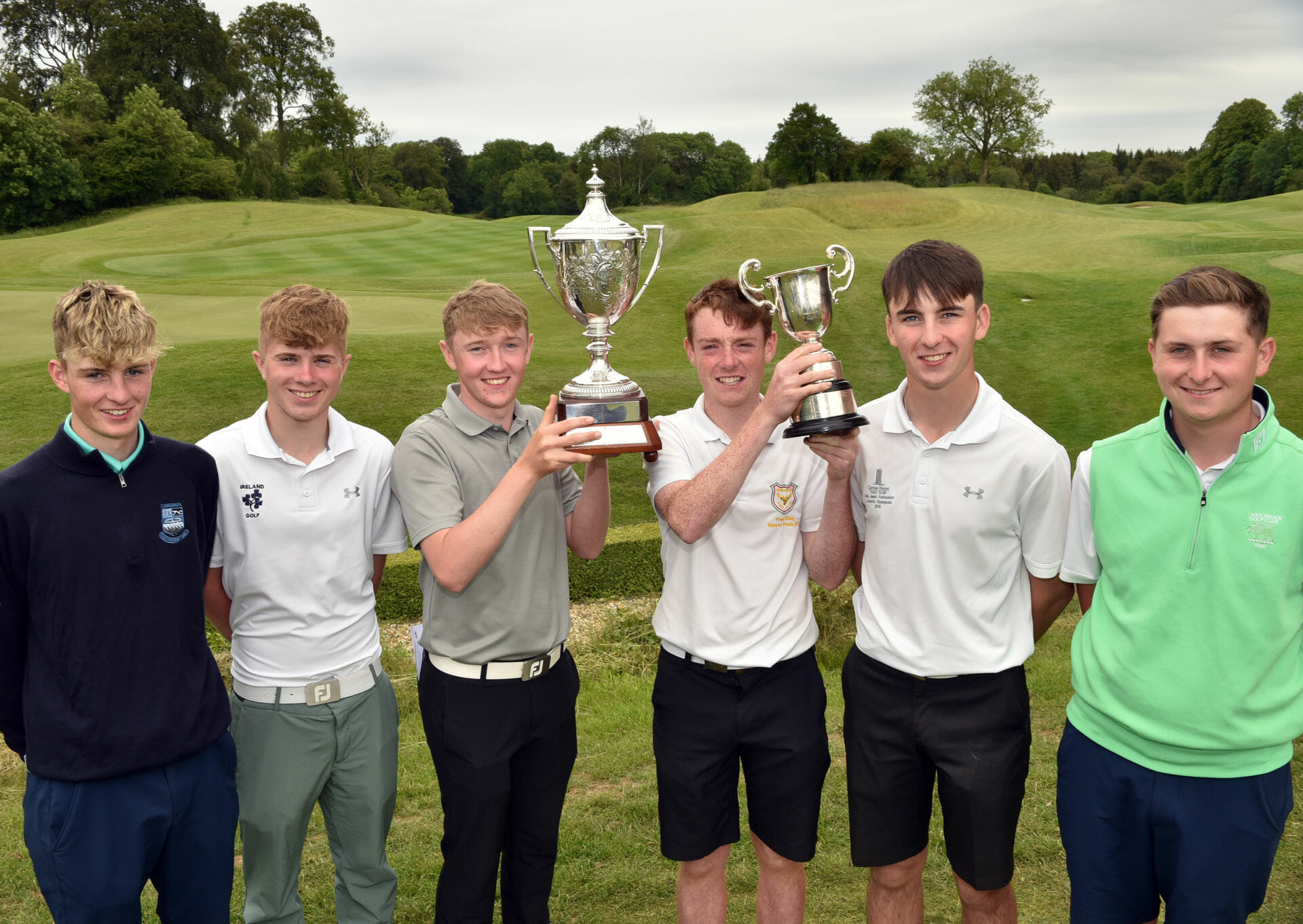 Five behind at the start of play, 18-year old Marshall made a crucial par at the last for a round of 74 and a one stroke victory over Connemara’s Luke O’Neill. Marshall’s total of 290, two-over par, proved one better than O’Neill.

The leading pair battled it out all the way to the finish line and Marshall’s victory was a reward for his tenacity down the stretch.

With four holes remaining, Marshall was an improbable winner. At that stage, O’Neill enjoyed a four-stroke lead over his Ireland teammate, and even when Marshall birdied 16 to narrow the gap, a victory for the Ulster player seemed unlikely.

When Marshall made another birdie at 17, a straightforward up and down, the championship came to life. A three-putt bogey at the same hole reduced O’Neill’s lead to the minimum. After such a seismic shift in momentum, O’Neill found himself on the back foot.

The 54-hole leader, in need of a break, found a bunker off the final fairway. He then caught a bad lie short of the green with his second shot. From there, his ball pitched beyond the green into another sand trap. Meanwhile, Marshall composed par in regulation. O’Neill, now putting for bogey, had a four-footer to keep the championship alive. His failure to convert left Marshall in the clear.

Third place went to Rian Carvill of Warrenpoint on countback. Carvill, who closed with 75, finished on four over par – the same total as Eoin Sullivan (Carton House), Fionn Hickey (Muskerry) and Josh Black (Libsurn). Hickey won the U17 trophy on countback ahead of Black.