Moynihan, Hoey & Dunne up against it at Valderrama 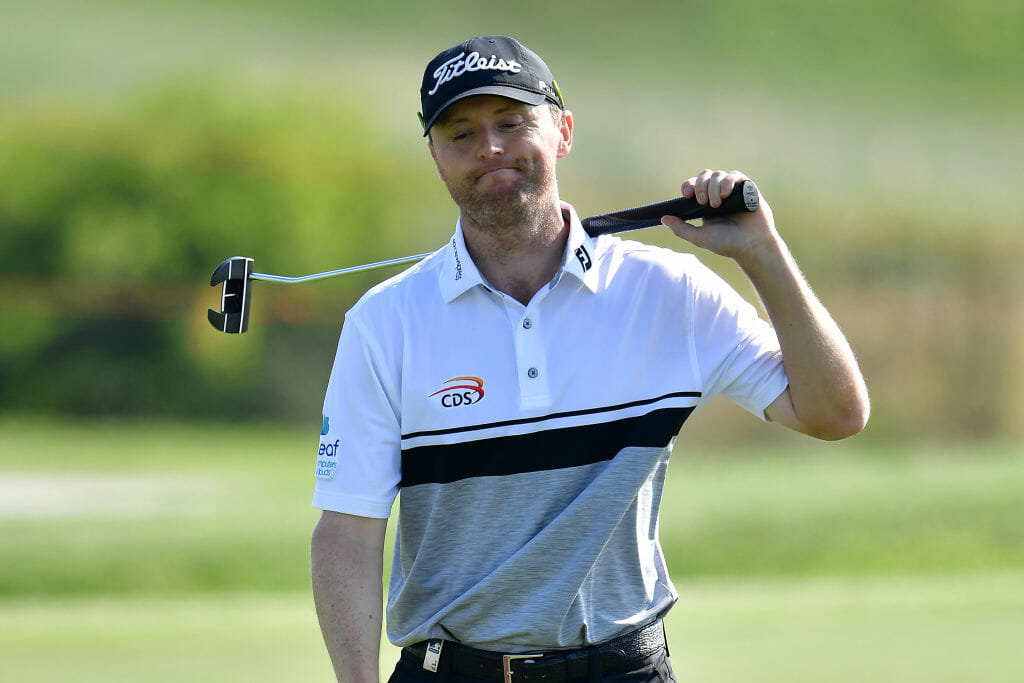 It proved a tough opening day for Ireland’s starters at the Estrella Damm N.A. Andalucía Masters hosted by the Sergio Garcia Foundation.

With Gavin Moynihan, Paul Dunne and Michael Hoey all looking to bounce back from three missed cuts last week in Germany, the notoriously difficult track at Real Club Valderrama bared its teeth on a tricky day one.

Mount Juliet’s Moynihan was out early but struggled to the turn in 37 with two bogeys on the card. Moynihan’s grinding was rewarded on his inward half where he picked up two shots at 13 and the last with a dropped shot in between to eventually sign for a one-over par 72 after a tiring first day.

At tied 73rd, Moynihan set the bar from an Irish perspective with both Hoey and Dunne struggling over the finish line in Spain.

Hoey bogeyed three of his closing five holes for a three-over par 74 while Dunne went one shot worse – his two birdies cancelled out by four bogeys and a double in an uncharacteristically erratic effort of plus-four 75.

It’s an event Irish raiders have done well in with Graeme McDowell and Sergio Garcia the only two players to have won this event in four editions – Sergio getting the better of nearest challenger, Shane Lowry last year.

And Garcia continued his remarkable love affair with Real Club Valderrama to sit just one shot off the lead after round one.

The Spaniard has won the last three stagings of this event – in 2011, 2017 and 2018 – and has ten other top tens from 14 appearances at a course he admits is his favourite in the world.

An opening bogey-free round of 66 in Sotogrande left him amongst a group of five players at five-under par, one shot behind Frenchman Victor Perez.

“I love this place, there is no doubt about that,” said Garcia. “It kind of has something that helps me. Today was a great round, I hit the ball very well. It’s probably the best that I’ve felt in quite a while.

“Even though the conditions were great, you still have to hit the shots in the right places and to be able to go bogey free here, it’s always good.

“It’s just the first round and we have to keep building on that and look forward to a good week. It’s still Thursday, you’ve got to go one step at a time, there’s still a lot of golf to be played.”

European Challenge Tour graduate Perez was also bogey-free in his round of 65 in an impressive start to his debut at the Estrella Damm N.A. Andalucía Masters.

South African Haydn Porteous, who recorded the third albatross of the season on the 17th hole, joins Spanish pair Pablo Larrazabal and Adri Arnaus amongst a group of ten players at three under par, while world number 11 Jon Rahm joins seven other players one shot further back after lighting up his round with a chip-in eagle on the 11th hole.