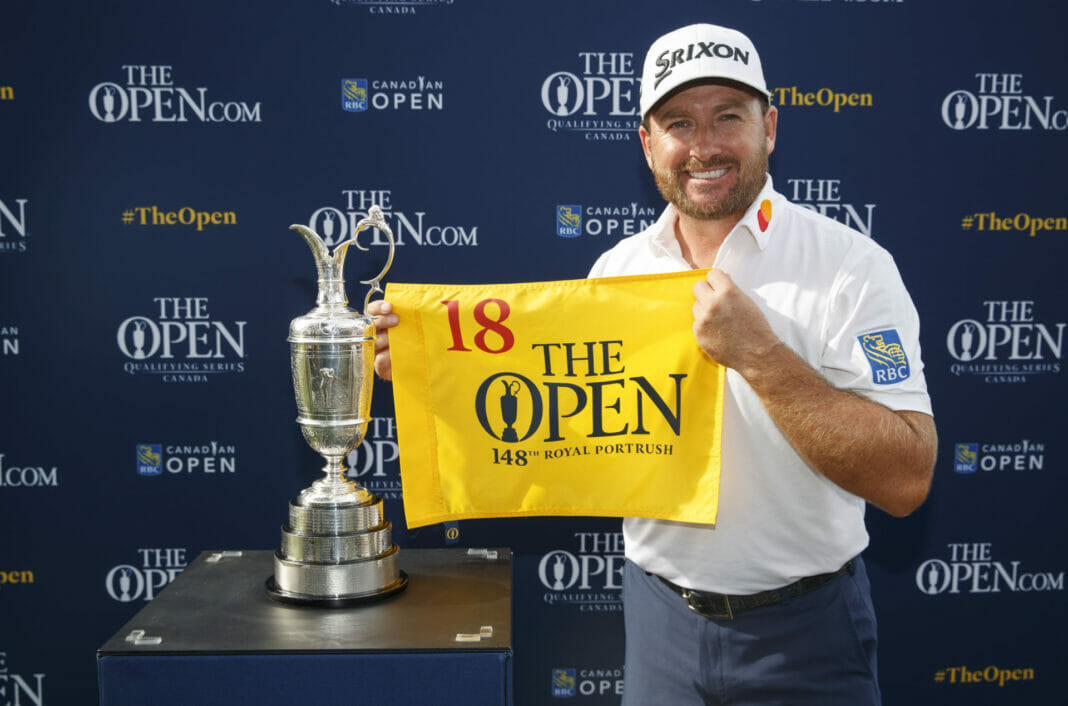 Graeme McDowell sensationally booked himself a Royal Portrush tee-time in next month’s Open Championship by holing a remarkable 30-footer for a 72nd hole par at the Canadian Open in Hamilton.

McDowell now joins fellow Irish Padraig Harrington, Rory McIlroy, Darren Clarke and Shane Lowry on a Portrush course he knows like the back of his hand.

He was just a shot outside achieving that goal heading to the last day, and while McDowell had dropped as low as T12th, no thanks to 11 straight pars, the 39-year old breathed life into his Open Championship quest with birdies at 12 and 13 to muscle his way to an eventual share of eighth place.

Fortunately for McDowell, there was just two players, himself and Canadian Adam Hadwin, who were not exempt – with Hadwin delighting local fans when posting a closing 70 to share sixth place with McDowell then two shots back on 10-under par.

McDowell parred his next four holes but looked to have made a mess on the last when his second shot was short and right of the green.

He was staring at a 22-yard chip that flew the flag and stopped some 30-feet beyond the pin, but then McDowell brought the house down in holing the monster par putt.

See you all at Royal Portrush! ??

“It’s a bit of a relief really as it’s been a long journey since Bay Hill really which was the first time this year I have played for ‘spots’ into the Open Championship,” he said.

“It has also been an interesting debate on social media with a lot of people out there who certainly did not feel I should get any special exemption or any special love from the R&A.

“Once I realised that was not going to be something that was an option, it was a case of getting my head down and playing some golf.

“So, I knew coming into this run of the RBC Canadian Open and this coming week’s U.S Open along with the Irish Open and Scottish Opens that there would be spots up for grabs every week.

“But I have to be honest as it’s really nice to get the job done in this first week as I can now go and enjoy my golf for the next few weeks and get ready for what is going to be a very special week of the Open Championship in my home town of Portrush.

“I am now very, very ecstatic to be in the field.”

It will be McDowell’s 14th Open appearance but a first in three years. He boasts a best finish of T5th in 2012 at Royal Lytham and St. Annes.