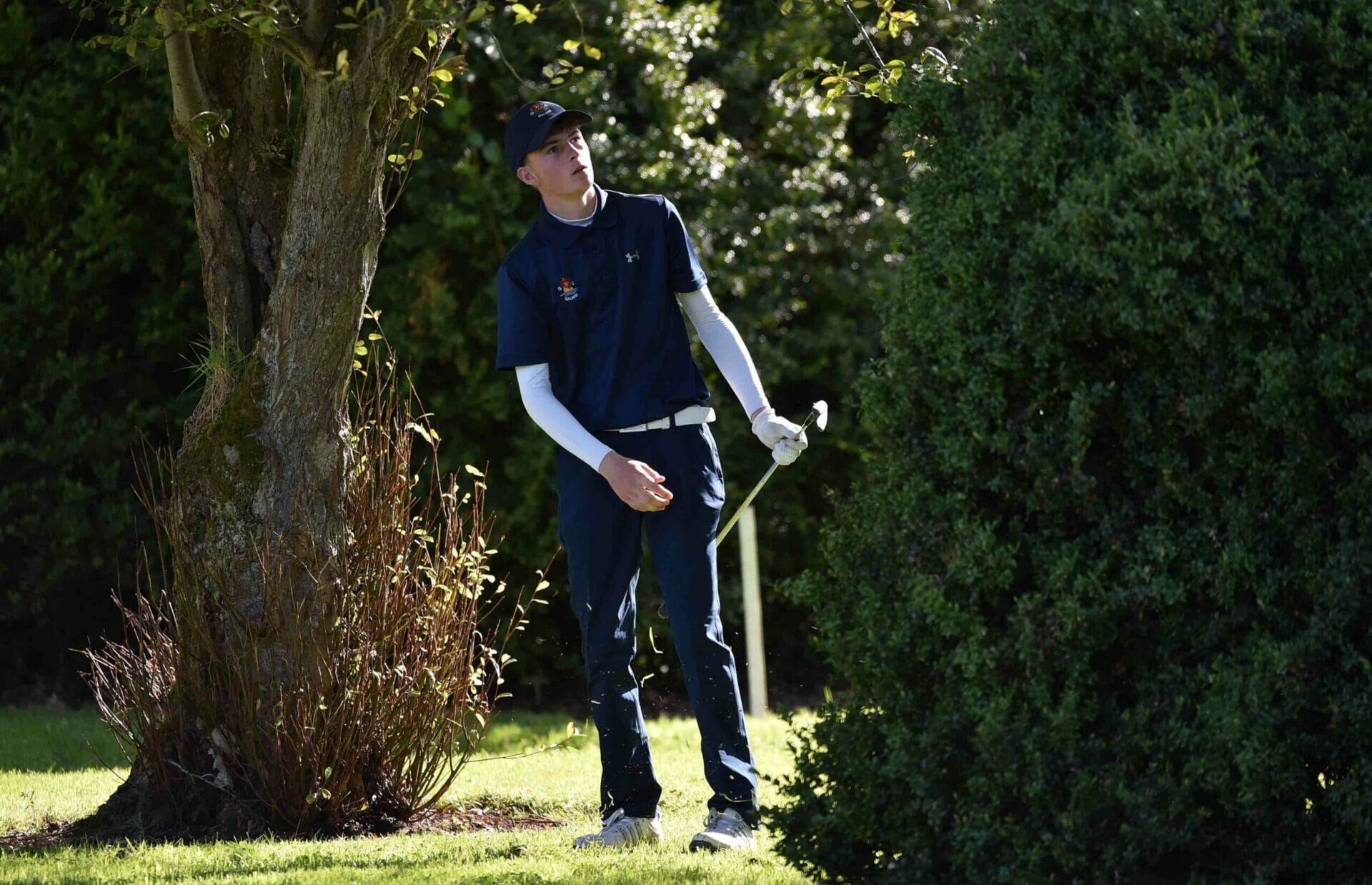 Luke O’Neill held his nerve to fire a closing 70 and claim a narrow one-stroke win after a thrilling last day at the Allianz German Boys Open.

Son of Connemara professional, Hugh, O’Neill went into the final day holding a two shot advantage at Golf Club St. Leon-Rot after posting rounds of 69 and 66 for the first two days.

But the Galway star didn’t have long to wait before his lead came under threat, with Philipp Katich drawing level after a lightning eagle and two birdies on his front nine.

Unperturbed, O’Neill made the turn in two-under with the pair locked at 11-under par. French Boys champion Katich then picked up two more shots at 11 and 12 to move two clear but O’Neill rolled with the punches.

With Katich finding trouble on 13 before making bogey, O’Neill birdied 14 as Katich’s hopes of winning took a swim when his second shot found water and he racked up a triple bogey 7.

O’Neill still went to the 15th two strokes clear of Krammer but just as it looked as though he’d put the competition to bed, the Connemara man bogeyed the par-4 before dropping another on 16 as his lead was cut to just one.

But O’Neill dug deep, picking up a crucial gain at the par-5 17th before parring the last to carry his one shot advantage over the line to claim a terrific win.

Of the other Irish in the field, Baltinglass’ Joseph Byrne tied for 35th at even par while Lisburn’s Aaron Marshall was two shots worse off in a share of 44th on plus two.

In the Girls event, Italy’s Emilie Paltrinieri also enjoyed a narrow win when she took the title by a single stroke over Germany’s Lydia Volkmer and Benedetta Moresco at 11-under par.

Elm Park’s Anna Foster shared 48th on minus-one while Douglas’ Sara Byrne was a shot further back in 53rd.