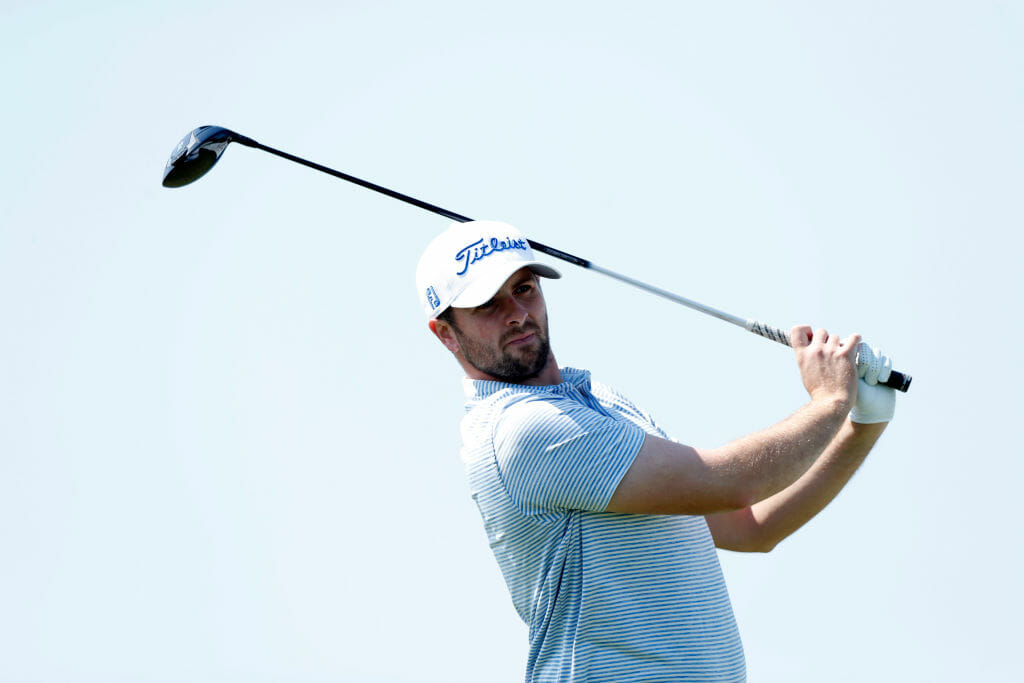 An even par 71 from Rosapenna’s Ruaidhri McGee was the best of the Irish opening efforts on day one of the D+D REAL Czech Challenge.

With the Challenge Tour making its second visit to the Czech Republic this month, five Irish players made the trip to Kaskada Golf Resort, where a long drive competition on Sunday will see the lucky winner take home a year’s supply of beer.

However, with conditions tough, making the weekend will be the number one target for Ireland’s travelling party and it’s McGee’s three birdies, one bogey and a double that sets the standard in a tie for 44th at even par.

Tramore’s Robin Dawson, who finished tied 12th in Prague two weeks ago, recovered from three-over par through six holes to post a gutsy one-over par 72. There would have been frustration for the 23-year old who bogeyed the closing two holes en route to the clubhouse but at one-over par, he finds himself tied for 65th and just six shots off a moderate pace set out in front by England’s Ross McGowan and France’s Robin Roussel.

Ardglass professional, Cormac Sharvin finds himself alongside Dawson at plus-one after he also bogeyed his closing two holes on his way to a 72.

The Island’s Paul McBride, who started on the back nine, had a stunning eagle 3 to thank on his closing hole to get back to two-over par, currently good enough for a share of 95th. While his roommate for the week, Naas pro, Conor O’Rourke will need to hit the ground running on Friday after slumping to a five-over 76 despite a birdie at his opening hole.

Much will depend on how Ross McGowan and Robin Roussel go from the front after the pair opened up a one shot lead at the end of round one at Kaskáda Golf Resort.

The Englishman carded a round of 66, five-under par – his lowest opening round since last year’s edition of the Czech event – and his lowest round on the European Challenge Tour this season. While Roussel, who has recorded three top-10 results in three consecutive Challenge Tour events, shot a bogey-free round of 66 to join McGowan at the top of the leaderboard.

McGowan set the pace early on Thursday at Kaskáda Golf Resort, which is making its Challenge Tour debut this week, with a blemish free front nine, including four birdies.

He picked up another shot on the tenth hole to extend his advantage, and carded two further birdies amongst two bogeys, including a dropped shot on the difficult 18th, to lead in Brno on five under par.

Following his tied sixth finish at the Prague Golf Challenge two weeks ago, Roussel continued his impressive Czech form with his eighth sub-70 round of the Challenge Tour season.

Birdies on the seventh and eighth were followed up with three successive gains from the 12th hole as he surged up the leaderboard to join McGowan for a share of the lead at the end of day one.

“I’m very pleased,” said Roussel. “My game has been strong over the last few weeks. I’m driving the ball well and my iron play is pretty good and I’m putting well.

“13 was a great pitch to two metres. The 14th is a par three downhill, so I hit a six iron to within five metres and made a good putt. Then I hit a huge drive on the 15th and had 200 metres left and hit a five iron onto the green and had two putts for the birdie.

“Tomorrow will be easier for all the field and I think the scores will be lower with the weather getting warmer and becoming less windy. I don’t focus on the score. I just hit the best shots I can on each hole and see how it goes.”