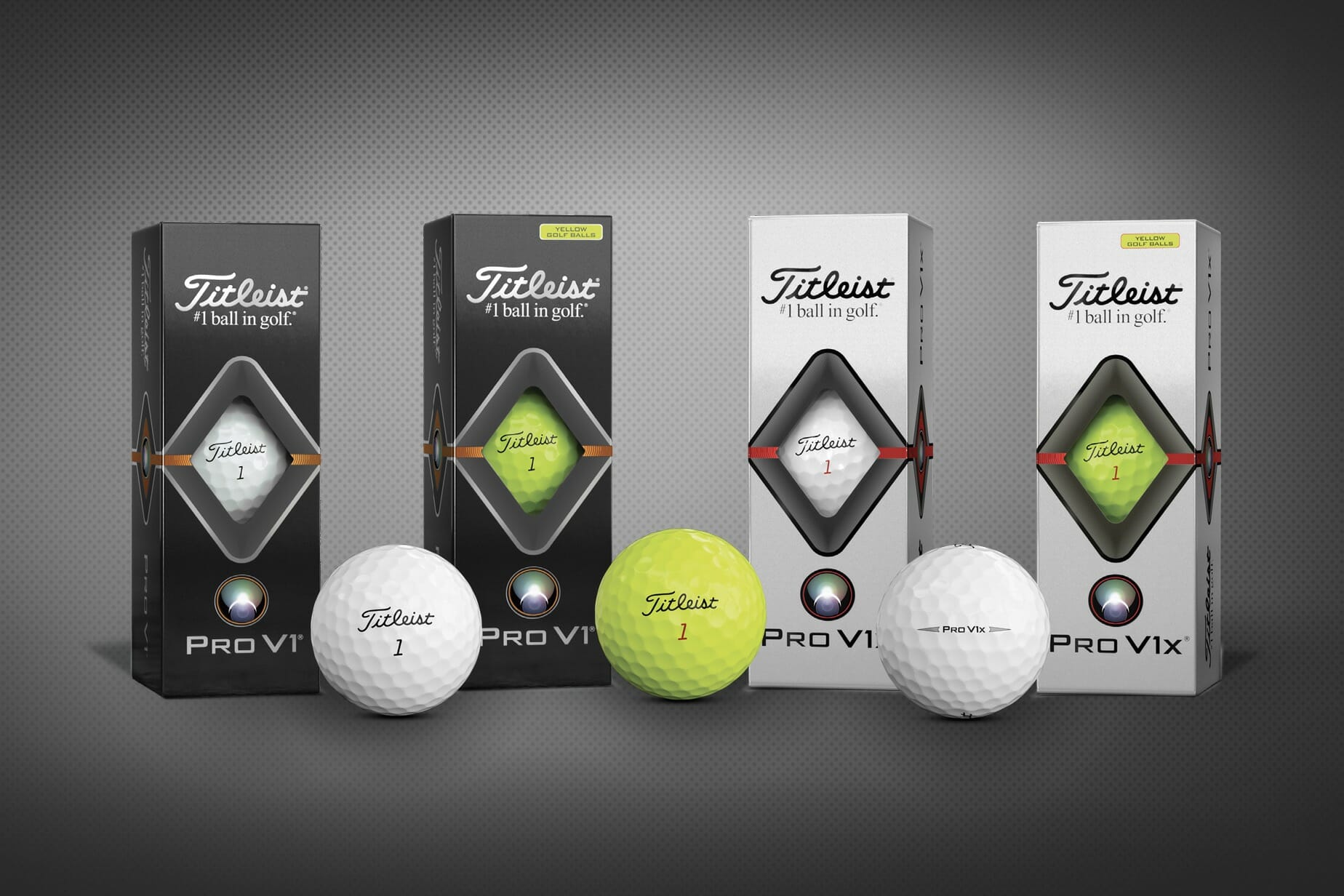 Would you believe that it’s nineteen years since the Pro V made its Tour debut and changed golf ball performance forever?

In a way, the constant growth and success Titleist have seen with each new Pro V1 product cycle creates a problem because a lot of golfers like the three-piece Pro V1 and four-piece Pro V1x exactly the way they are now.

Titleist have always been great at listening to consumers and they survey both professionals and recreational players constantly. Across the past few years the message from those surveys were very clear. The main thing golfers wanted, according to Titleist, was more distance as long as it did not come with the trade-off of less greenside control. So, for 2019, Titleist has made refinements to both the Pro V1 and Pro V1x to deliver precisely that.

Michael Mahoney, Vice President of golf ball marketing at Titleist summed up the process perfectly; “When we set out to develop the 2019 models, we found that golfers at every level are extraordinarily satisfied with the performance of their Pro V1 or Pro V1x. At the same time, golfers keep telling us they would still like more distance – as long as they don’t have to give anything else up. Through the prototyping process, our chemists and engineers discovered a way to cast an even thinner urethane cover, and therefore increase the percentage of speed-enhancing materials in the overall construction. Pro V1 and Pro V1x are now even faster as a result, all while maintaining the scoring performance and feel characteristics that golfers demand from these golf balls.”

In addition to white, for the first time, both the Pro V1 and Pro V1x will now be available in yellow. The blend of materials used to create the urethane cover had previously made a yellow version impossible, but after learning how to make last season’s AVX ball yellow, Titleist felt the time was right to produce high-visibility Pro V1 and Pro V1x balls.

CHOOSING BETWEEN PRO V1 AND PRO V1x
When it comes to choosing between the total performance of Pro V1 and Pro V1x, golfers will notice similar differences in flight, feel and spin as in previous generation models. Both the Pro V1 and Pro V1x deliver increased ball speed and lower long game spin for maximum distance, consistent flight, Drop-and-Stop short game control and long-lasting durability.

AVAILABILITY:
The new 2019 Pro V1 and Pro V1x golf balls are available in all Titleist stockists now with the high optic yellow models available from 15th March. They will have an RRP of €60 per dozen.