Sticking to its traditional two year product cycles, Ping who last released the G425 drivers in January 2021 have officially unveiled their new G430 family. If you feel you have seen it before that’s because last September Ping made the new G430 drivers available to professionals for the first time and it was adopted straight away by staffers like Seamus Power.
The three new drivers – the G430 Max, LST and SFT – were designed for three different types of players, but they share some core technologies.

All three G430 drivers have a face forged from T9s+ titanium designed to flex efficiently at impact to maximise ball speed.

In the Ping G430 drivers, instead of having a consistent curvature from top to bottom, designers modified the standard bulge and roll on the face so it is flatter in the top area and curves down more in the lower section to reduce spin. Ping said the result is more consistency in backspin and flight over a larger portion of the hitting zone.

Inside the chassis, Ping also added a pair of internal ribs and have changed the head shapes compared to the G425 driver which has both improved stability while offering a better sound.
All three drivers have Ping’s adjustable hosel and looking down on the crown all also have Turbulators, the ridges on the drown that extend back from the topline that help with air flow efficiently to boost speed through the hitting area.

There are three driver heads available in the G430 and each with performance benefits to suit different players.

G430 Max
G430 Max is the most stable and forgiving head in the new line-up and will probably appeal to the widest band of players. A 25-gram, high-density tungsten moveable backweight influences shot shape ±8 yards between the Draw, Neutral and Fade settings. Available in 9°, 10.5° and 12° lofts. Loft is adjustable ±1.5° and lie up to 3° flat from standard using the 8-setting Trajectory Tuning 2.0 hosel.
“The MAX is the workhorse,” Ping said. “It fits every skill level, from tour players to higher handicaps. The increases in ball speed are remarkable and the sound is creating a very favorable conversation. When you combine those advancements with its industry-leading forgiveness, the MAX will win a lot of battles in comparison testing in the fitting environment.” The Max will have an RRP of €625.

G430 SFT
The SFT version has the most significant draw bias to help slicers.
New to the SFT (Straight Flight Technology) head (460cc) is a two-setting, moveable tungsten backweight (22g) that positions the CG to deliver 13 yards of right-to-left shot bend in the Draw setting and another 7 yards in the Draw+ (20 yards total). Previous SFT drivers have not offered a moveable weight, but golfers and fitters can now choose between a Draw and a Draw+ setting. More weight is in the heel in both positions, so the face should close more easily on the downswing. In the Draw+ setting, golfers will see up to 7 more yards of right-to-left trajectory. Available in 10.5° loft (adjustable ±1.5° and lie up to 3° flat from standard). This will have an RRP of €625

G430 LST
The LST model creates the least spin and lowest ball flight. The most significant difference between the LST and the other G430 models is looking down on the crown. Ping have designed this model with the first carbon fibre crown we have seen in a Ping driver since its Rapture driver that was released back in 2006.

The carbon Flywrap crown covers the back half of the head and the carbon piece is just 0.28 inches thick and weighs 11.5 grams, saving 4 grams over a comparable titanium crown.

Removing this high weight allowed Ping engineers to drive down the centre of gravity giving it the the lowest CG of any Ping driver helping G430 LST produce more ball speed with a lower spin rate and lower launch than the other two heads. The G320 LST, available in 9- and 10.5-degree versions, has a three-position, 22-gram weight in the back that can help golfers and fitters create a draw or fade bias. Ping said players can expect up to 7 yards of shot-bending change from one setting to the other. This will have an RRP of €685. 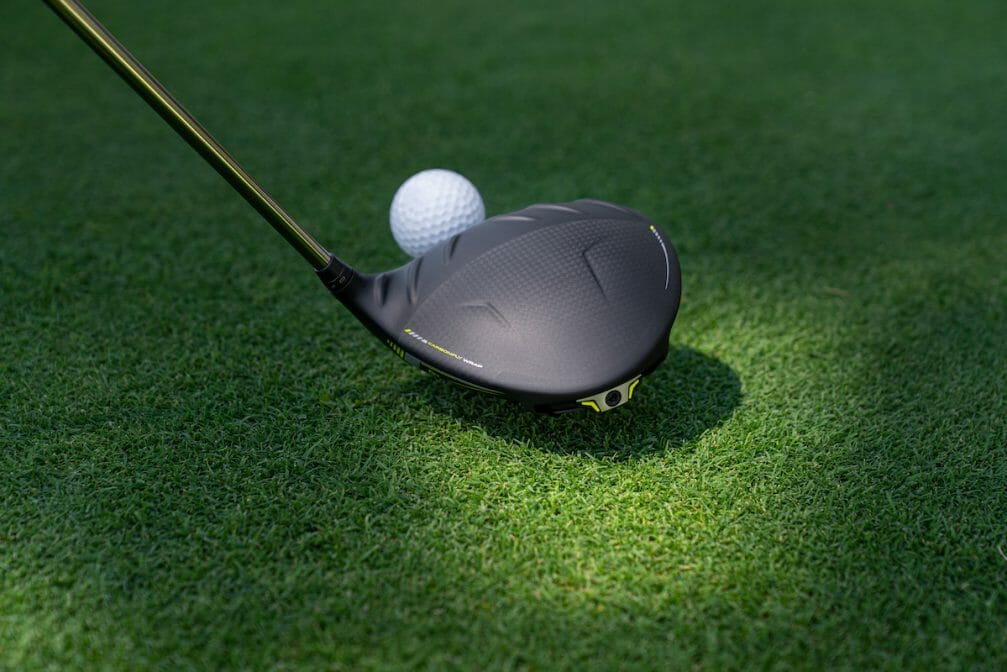 These are right up there as one of the most stable heads you will find in all drivers launched this season. The look, shape, sound is all very different to previous generations but still maintains that classic Ping look and feel. Undoubtedly there are speed gains to be had with G430 over previous Ping drivers and all three heads are extremely stable as you would expect from Ping.

The biggest leap is in in the G430 LST head. From our initial testing, compared to last years G425 LST that it replaces, the G430 LST creates on average 1 mph more ball speed, nearly the same launch angle and almost 300 rpm less spin, which Ping said will result in about 6 to 7 more yards in carry distance.