The new Cobra Aerojet line-up continues Cobra’s push to help golfers swing faster, create more ball speed and develop the shot shape they desire. They are for different types of golfers but share many technologies and features.

The Advanced Aerodynamic Shaping of the AEROJET drivers is the product of years of research and testing with some of the fastest swings on the planet. The family of drivers use progressive aerodynamic shaping and unique weighting configurations to produce the fastest club head speed possible, while achieving specific mass property targets for different golfers.

These design attributes contribute to a significant reduction in drag through the swing for increased club head speed and superior aerodynamic performance.

To maximise club head speed, Cobra has been studying how air flows over things like airplane wings and trying to translate that into club shapes. Last season’s LTDx drivers did it well, but by rounding the edges of the face, pushing the highest area of the crown back slightly and lifting the rear portion of the sole, Cobra say the Aerojet drivers are better. These tweaks are subtle enough that most golfers won’t notice them, but turbulence behind the club is reduced, and air flows more efficiently over and under the head, which should help golfers create more speed. 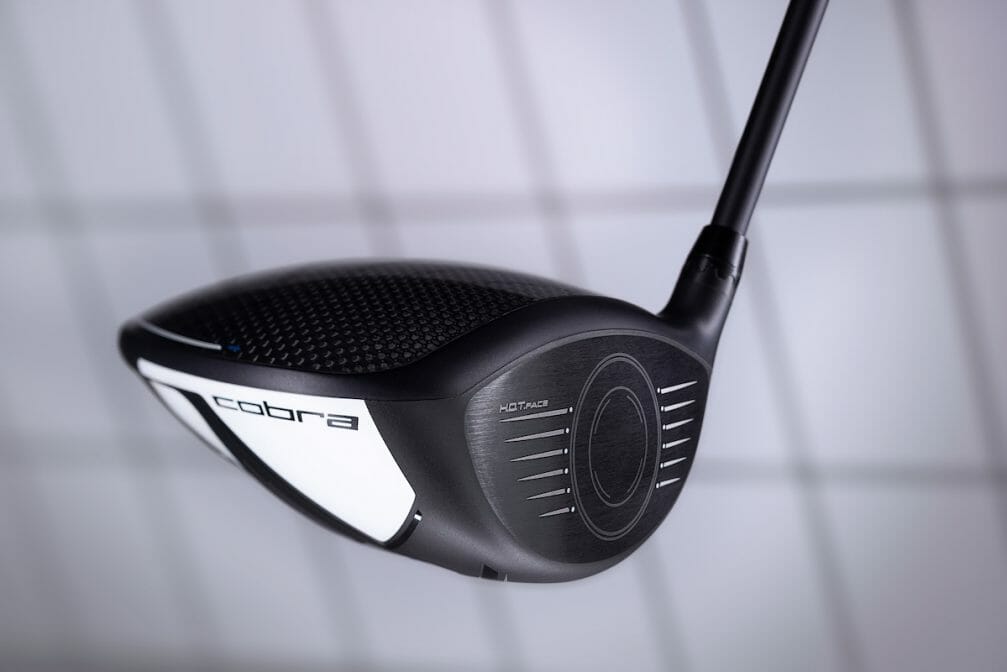 Each driver and fairway features PWR-BRIDGE Weighting Technology, the company’s first ever suspended weight design. The new technology utilises an internal bridge structure that is elevated above the sole to achieve a low, forward CG.

PWR-BRIDGE Weighting is a 13g structure that is suspended above the sole like a bridge, to position the CG forward for maximum speed and low for reduced spin, while enabling a more flexible sole structure for improved energy transfer.
The elevated PWR-BRIDGE design was critical to make room for the PWRSHELL Face Insert, which debuts for the first time in a COBRA driver, delivering a larger Sweet Zone for faster ball speed across the face. 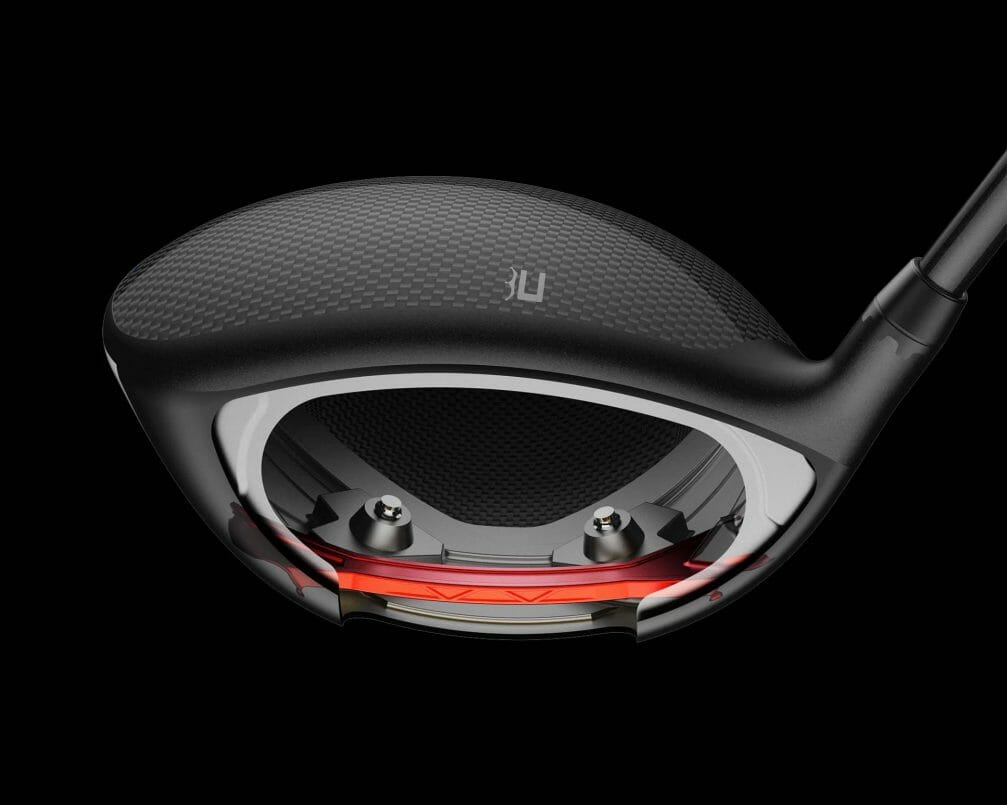 In conjunction with the PWRSHELL, the insert features a new H.O.T Face variable thickness pattern. H.O.T. FACE (which stands for Highly Optimised Topology) was designed using artificial intelligence and features multiple zones with optimised thicknesses and shaping to deliver more efficient speed and spin across the entire club face. A thin ply carbon fibre structure which is 30% thinner than normal carbon fibre is utilised in a RAW FINISH in both the CROWN & SOLE resulting in freed up discretionary weight to be positioned lower in the club head, effectively lowering the CG location (to near zero) for improved launch and spin characteristics.

There will be three different models of the AEROJET available, each with very different performance capabilities. 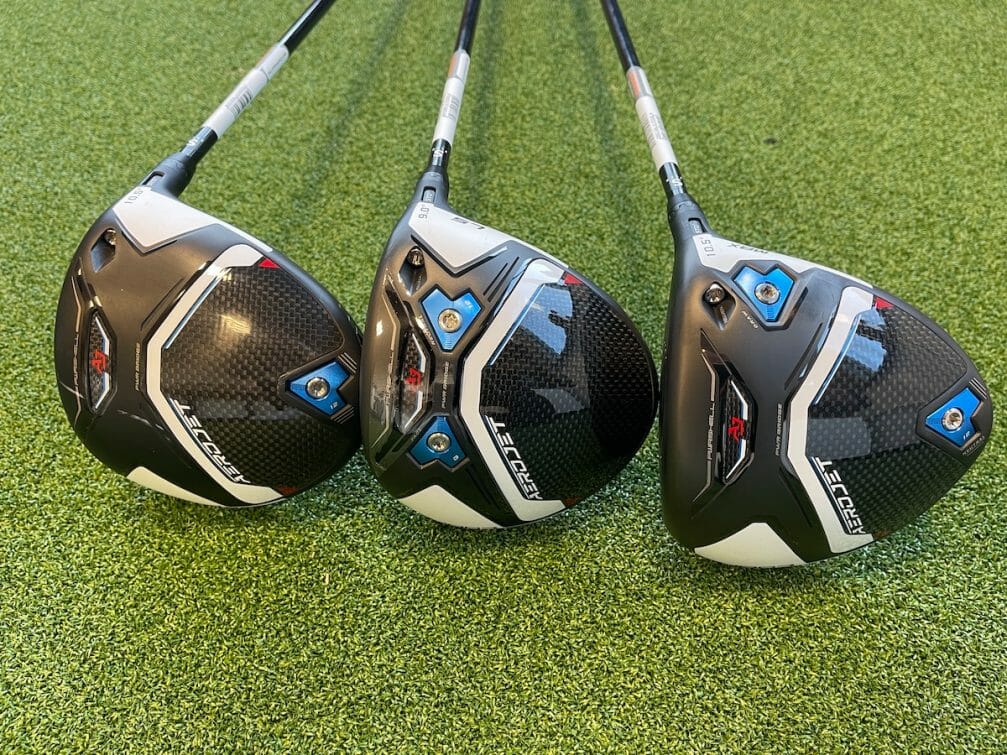 AEROJET
The standard Aerojet comes with a 12-gram weight in the back of the sole that helps to increase the moment of inertia (MOI) and make the club more stable on off centre hits. Cobra believes this will be the most popular version, and with the help of an adjustable hosel mechanism that lets players and fitters increase the loft by up to 1.5 degrees or decrease it by up to 2 degrees, it will likely fit a large number of players.

AEROJET LS
The Aerojet LS is designed for golfers who need a driver that reduces spin. It has two weight ports in the front-central portion of the sole and comes standard with 3-gram and 12-gram weights. With the heavier weight on the toe side, the Aerojet LS has a fade bias, and with it on the heel side the club has a draw bias, but in both cases, the extra weights remain forward for spin reduction.

When Cobra tested against the previous LTDx LSTM, the AEROJET LS driver produced up to 1.5mph more club head speed during robot testing, making these new designs the fastest and most aerodynamic COBRA drivers to date.