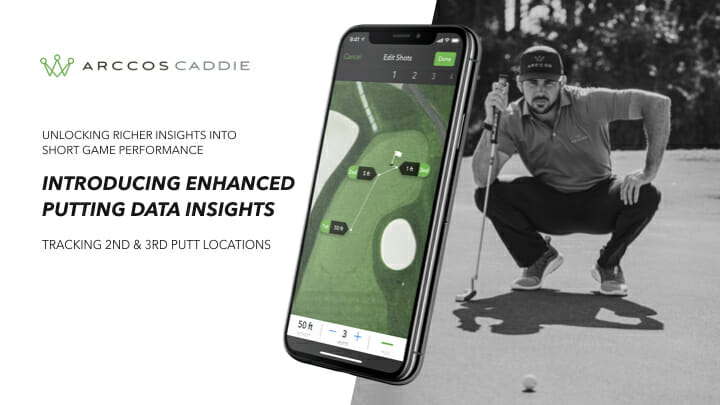 Golfers looking to pin-point where gains can be made in their putting performance and practice methods will benefit from another groundbreaking software feature being launched today by Arccos – the pioneer of big data and Artificial Intelligence for golf.

Available in both individual round summaries and overall player insights within the award-winning Arccos Caddie app, Enhanced Putting Stats has been designed to automatically track the Strokes Gained value for each putt at given lengths. Putting data is also broken down into Make percent and 3 Putt percent at each of the following distances: 0-2 feet, 3-5 ft, 6-9 ft, 10-14 ft, 15-24 ft, 25-39 ft and over 40 ft.

Capturing data across more granular lengths ensures Arccos members can identify what aspect of putting is gaining or costing them valuable shots versus a selected target handicap. And based on the valuable insights provided by Arccos, practice drills can then be modified to reach specific handicap goals to help lower scoring and reduce the percentage of 3 putts.

“We all know how important putting is to golfers, with around a third of all shots played on the green in an average round,” said Dave LeDonne, Arccos Vice President of Product. “Having introduced the multiple putt tracking feature last year, we’ve now taken it further to provide even more specific insights for Arccos members to help them improve their putting through smarter practice on the putting green or at home,” he added. 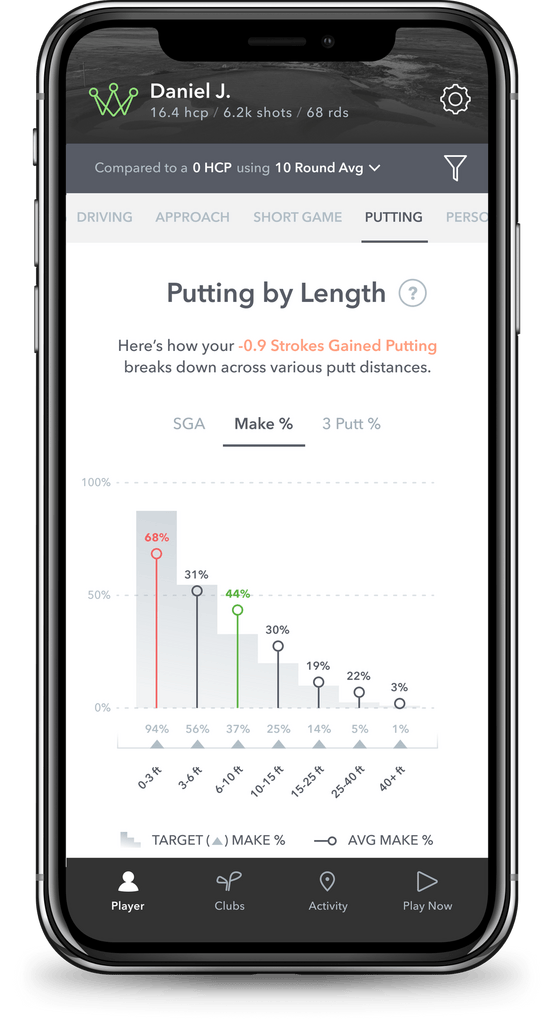 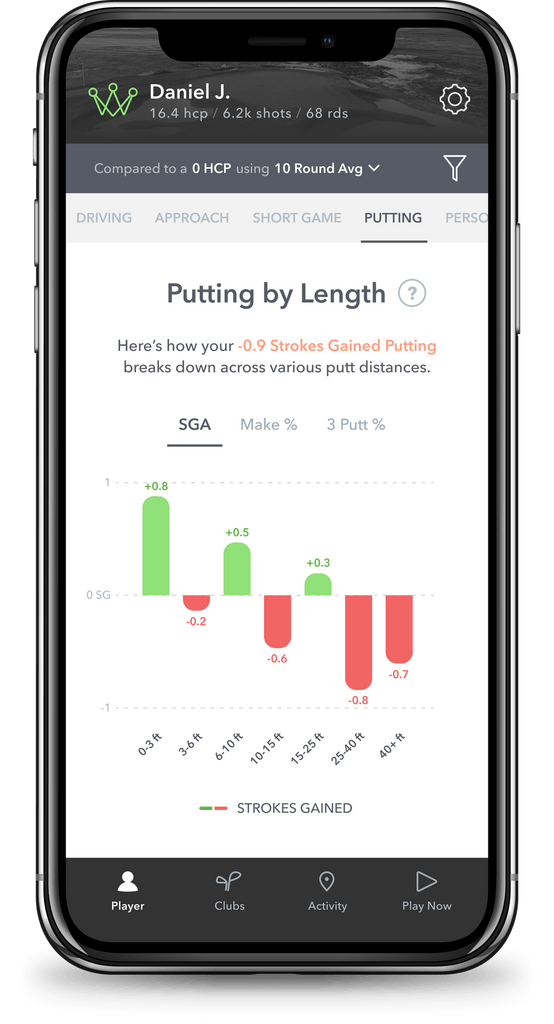 The latest software update follows the more recent introduction of the revolutionary Strokes Gained by Club feature earlier this year. Designed for use at all skill levels, the launch of the system offered golfers the opportunity to assess equipment performance versus a target handicap for the very first time. The result is a precise view for users of which clubs are contributing to better scoring, and those that are holding them back.

Golfers can record putts using the all-new P3 Putter Sensor, released in March, that is more than 40% smaller and 20% lighter than its predecessor. It was created specifically with pistol grips in mind and can be purchased as a single unit or with the latest Smart Sensors (Gen 3+) offering the most accurate shot-capture in the game.

Golf’s first Artificial Intelligence platform, Arccos automatically tracks shots while delivering incredibly comprehensive in-round insights. The system is highlighted by an A.I.-powered rangefinder, smart club distances and caddie advice for every golf hole on earth. These innovations helped new Arccos members who played at least ten rounds lower their handicap by an average of 5.78 strokes in 2021.

Arccos members have now recorded more than 540 million shots during 11.5 million rounds in 162 countries. This feeds the world’s largest on-course dataset, now including over 350 billion separate data points, which powers Arccos’ industry-leading Strokes Gained engine that allows a player to select their personal handicap goal, then provides personalised analysis for every game aspect and each club in the bag.
The Arccos Caddie system and the Arccos Caddie Link wearable are permitted under the Rules of Golf (USGA Decision Numbers 2018-0414 and 2020-0305).