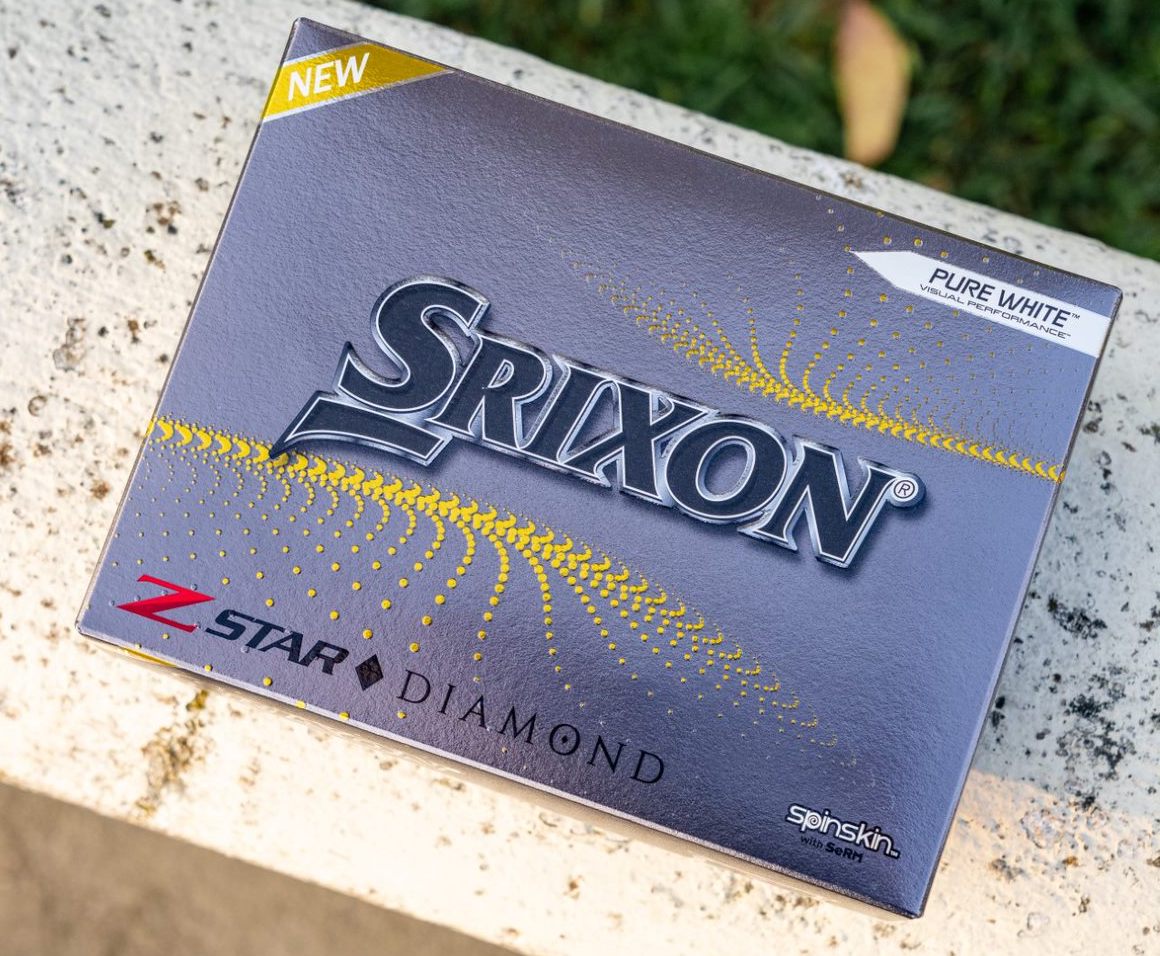 Z-STAR have long been the ball of choice for our Major winners Shane Lowry and Graeme McDowell. In recent years both have switched between the soft Z-STAR and the firmer Z-STAR XV models. Well, for 2022, Srixon will introduce a third option to its flagship Z-STAR ball line-up with the introduction of the Z-STAR DIAMOND, a Tour performance ball that will sit perfectly between the two existing models.

By working closely with their global Tour staff Srixon Z-STAR DIAMOND ball is something of a best-of-both-worlds type product, blending many of the benefits of the two current models. Like the Z-STAR XV, the Z-STAR DIAMOND produces great ball speed and distance but thanks to a slightly thicker cover, the Z-STAR DIAMOND offers a little softer feel and exceptional spin and control on approach shots. It’s a makeup that has been adopted by many Srixon staffers, including the brands latest signing, Brooks Koepka who instantly put it in play.
“Z-Star Diamond is a game-changer for me,” said Koepka, “This golf ball was a major driver in me joining Srixon.”

The foundation of the three-piece Z-STAR DIAMOND is the FastLayer Core, which is soft at its centre and firm around its outer edge. That duality provides speed and great feel so everyone can play with more confidence and distance.

Z-STAR DIAMOND features Srixon’s proprietary Spin Skin with SeRM, a durable urethane coating that digs deep into wedge and iron grooves on every impact to increase friction and maximise spin and control throughout the bag.

Z-STAR DIAMOND has been a very popular model with our PGA Tour staff, and the Z-STAR DIAMOND should be considered by the higher-swing-speed, better player looking for the best performance available. A new 338 Speed Dimple Pattern delivers less drag and more lift boosts overall distance and flies true, even in the toughest wind conditions

Choosing the Z-STAR for your game

The new Srixon Z-STAR Diamond will be available at retail from March 11th in pure white and for an RRP of €50 per dozen.