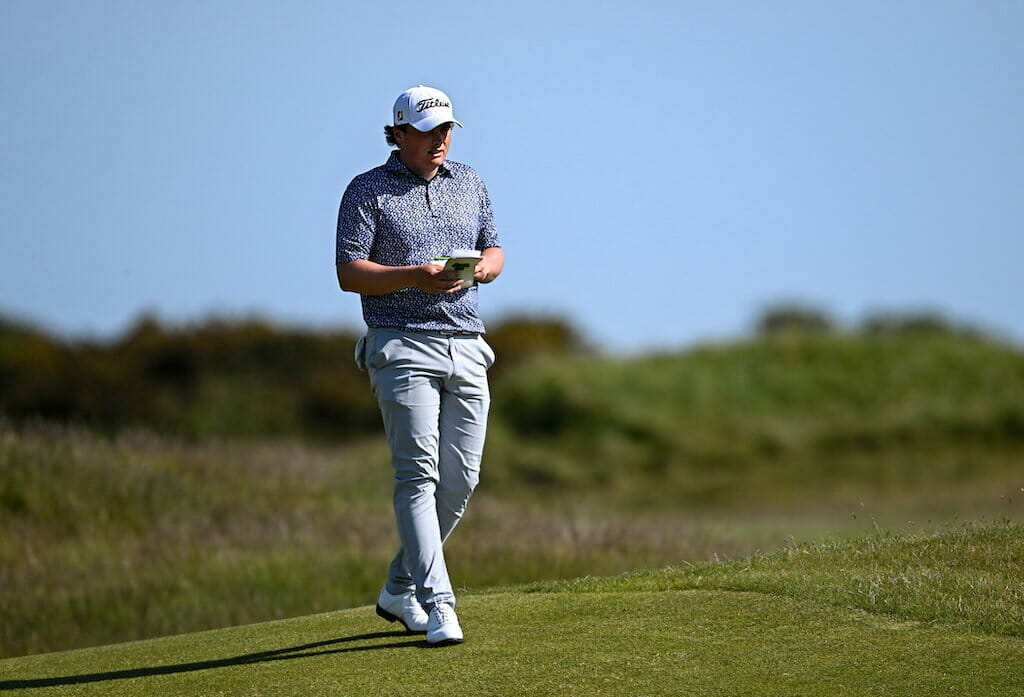 Two bogeys in his final four holes saw Mallow man James Sugrue fall out of contention heading into the final round of the Alps de Las Castillas in Spain.

The former Amateur champion had been in a good position coming into the latter stages of his second round after four birdies and two bogeys in his first 14 holes, but a tough finish saw him fall away.

Bogeys at the par-fours 15th and 18th led to a level-par 70 Golf Club de Soria to keep him at three-under-par for the tournament, six shots off a group of six players that hold a share of the lead at nine-under-par.

The Netherlands’ Floris de Haas is still one of them, however the overnight leader had a similarly rough day to Sugrue as he mixed five birdies with the same number of bogeys in a 70 of his own.

That allowed the Spanish duo of Daniel Berna Manzanares and Jacopo Pastor, the latter with an impressive 65, Italians Giacomo Fortini and Gregorio de Leo and fellow Dutchman Lars Keunen to tie him at the top.

Spain’s Manuel Morugan almost joined them with a sensational round that nearly saw him break 60, the local favourite recording an eagle and eight birdies in a 10-under 60 to move just one shot back alongside Italy’s Andrea Saracino at eight-under-par.

Sugrue will be joined by two more Irishman in the final round, with Gary Hurley’s three-under 67 taking him to two-under-par, while Naas man Jonathan Yates produced a crucial birdie on his final hole for a 67 of his own to make the cut on the number at level-par.

There was no such luck for Michael Young, whose 74 saw him miss out at six-over-par for the two days, while Paul McBride finished his week at nine-over after a closing 75.