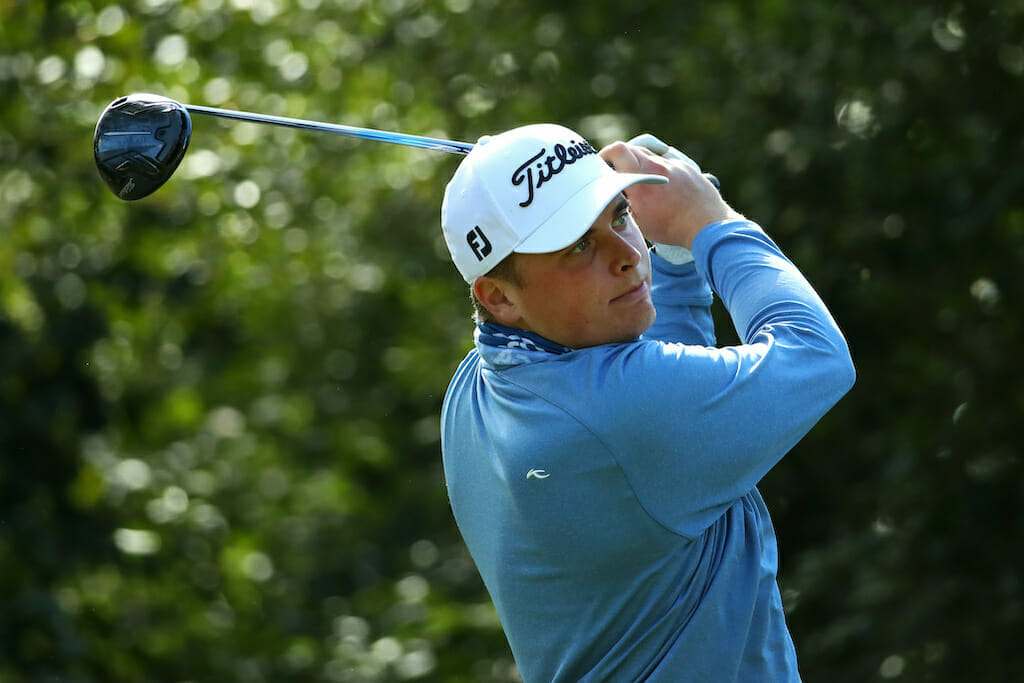 Mallows James Sugrue fired three birdies in his last five holes to battle his way through to the weekend and a first professional paycheque at the Dormy Open in Sweden.

Sugrue came home in 33 to card a 69 and make the halfway cut on the button with a one-under-par total. Only three of the Irish in the field made the halfway cut as Conor Purcell and Michael Hoey both carded 71 to also make the cut on the mark and all three sit in a tie for 58th with Sugrue and Hoey  paired together for round three.

There was disappointment yet again for Gavin Moynihan (77) +3 total, Tom McKibbin (75) +3 and Robin Dawson (79) +16 as they all finished well outside the cut mark that fell at one under par on the Henrik Stenson designed Öster Course, with 75 players progressing to compete over the final two days.

At the top and thirteen shots ahead of the Irish challengers, Björn Hellgren leads by three strokes at the halfway stage after posting his second successive seven under par round of 65 at Österåkers Golfklubb. The 30-year-old reached 14 under par after 36 bogey-free holes to move three strokes clear of Frenchman Felix Mory, who is second on 11 under par after posting a Challenge Tour career-best eight under par round of 64 on day two.

The Swede entered day two just a shot behind overnight leader Matteo Manassero and continued his good form from the opening day to move himself into position to contend for his maiden European Challenge Tour title.

“It was a good day out there,” he said. “I felt like the wind was trickier today, but I caught a good few breaks, so I am very happy with my score here. “I’d say my approach play to the greens is definitely my strongest point, my putting is also good, today I missed a few greens, but I made up for them so that’s good. “Today I was just trying to put the ball in play from the tee and then hit big areas on the greens. I didn’t really think about the score, but then when I got to three or four under, I just thought I’ve got to keep going, I’ve got to keep going.”

Five players are a shot further back in a tie for eighth place on seven under par, including four-time European Tour winner Marcel Siem and fellow German Alex Knappe, who bounced back from an opening round of 73 with a sublime eight under par 64.

It was a day to remember for Chase Hanna, of the United States, as the 26-year-old recorded his first Challenge Tour hole-in-one when he aced the par three 11th hole on his way to posting a three under par round of 69. The third round of the Dormy Open will begin at 09:00am local time on Friday May 20, with Hellgren playing alongside Mory and Bergman at 11:00am.