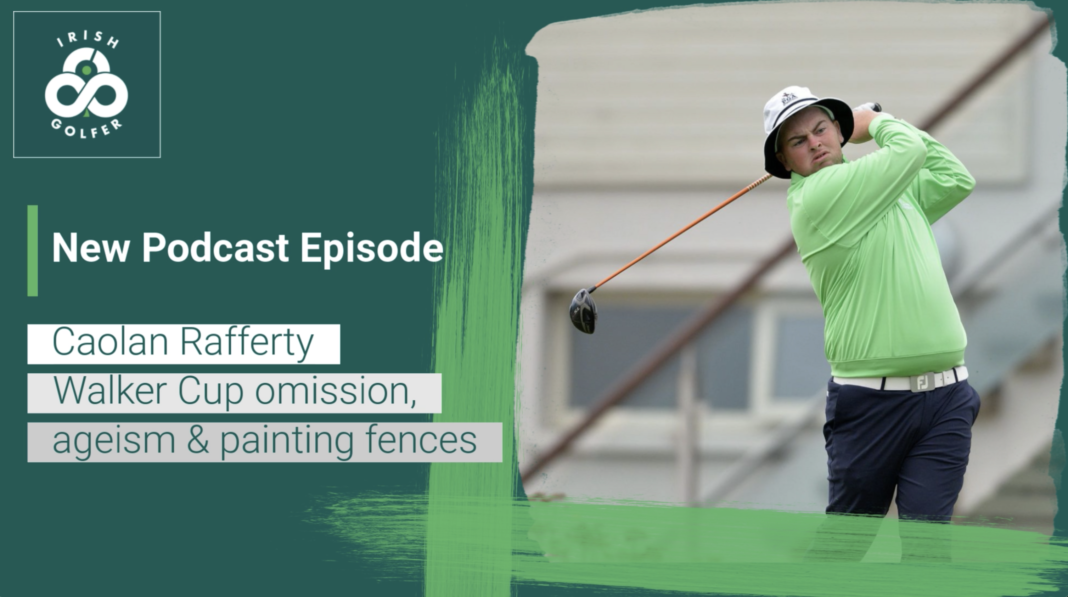 Eyebrows were raised in many circles when Caolan Rafferty’s name was overlooked for Walker Cup selection this year. Having already been capped in 2019 and after proving time and time again that he can play to the peak of his powers after a lengthy absence, the Dundalk man thought he’d done enough to earn a crack at the US side in Seminole in May. It wasn’t to be for Rafferty, but for the now 28-year old, it’s not the first time he’s felt slightly overlooked when it comes to a selection process. A winner of the South and the West and ranked as high as 14 on the World Amateur Golf Charts, Rafferty’s often been left to wonder whose fence he has to paint for opportunities to come his way. In this chat he shares his frustrations, but also his drive this season to prove to selectors that his omission was a mistake. We hope you enjoy the listen. As ever, don’t forget to subscribe and let us know what you think.