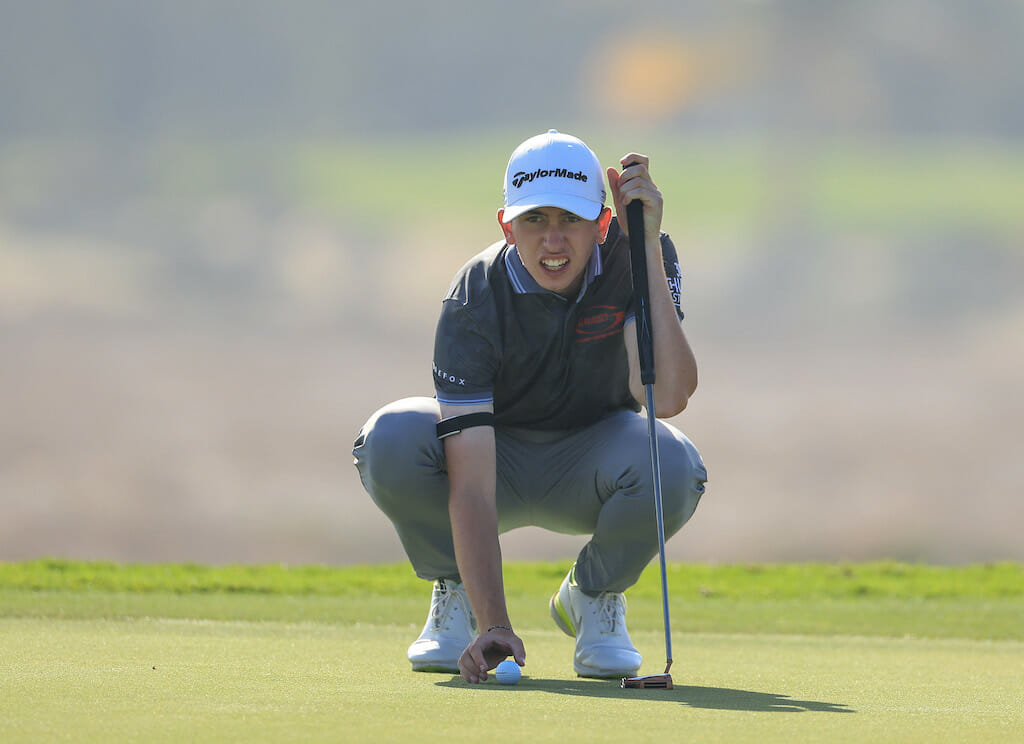 Holywood teen Tom McKibbin was the best of the Irish after the opening round of the Italian Challenge on the Challenge Tour, but the local quartet are all battling against the cut line in a packed leaderboard.

Two birdies and two bogeys at Golf Nazionale in Viterbo saw Galgorm man McKibbin open with a level-par 71, which is only five shots off the lead but, equally, is also right on the cut line as it stands.

Ruaidhri McGee is a shot further back after his opening round, a one-over 72, although he will come away thinking it should have been a lot better after an incredible bounceback was ruined by a double-bogey at the last.

The 31-year-old, who finished runner-up in Bretagne last week in just his second start since 2020, bogeyed three of his first seven holes but had recovered superbly with three birdies, only to drop back to one-over following a six at the par-four 18th.

Meanwhile, James Sugrue and Gavin Moynihan both have a lot of ground to make up to reach the weekend as rounds of six-over leaves them six shots off the cut line as it stands, with Sugrue undone by a triple-bogey and a double-bogey, while Moynihan had six bogeys.

Germany’s Freddy Schott, meanwhile, continued his fine form that has seen him finish in the top-four in his last two starts on the Challenge Tour as he posted a five-under 66 to share a one-shot lead with Swedish duo Robin Petersson and Joakim Wikstrom, Norway’s Kristian Krogh Johannessen and Spaniard Ivan Cantero Gutierrez.

“I’m happy with my days work, especially in the heat today,” he said. “It wasn’t a quick start, but I played some great golf on the back nine and managed to hole some putts, so overall it was a good round of golf.

“Luckily, I’m used to this heat because I spend a lot of time in Cape Town. I’m looking forward to the rest of the week because I enjoy these temperatures.”

Co-leader Petersson added: “I’m very happy because it’s tough out there with how hot it is. The course plays pretty tricky with some narrow fairways and if you don’t hit the greens you have some tough up and downs.

“I was very good off the tee today and I was never really in any big trouble. If I missed the fairway I managed to advance it forward and I was in a good position to save par from there.

“I’m delighted with five-under-par and my game feels in good shape. Hopefully I can continue to do the right things and put myself into contention come Sunday afternoon.”