Mickelson makes all to win on Champions Tour debut 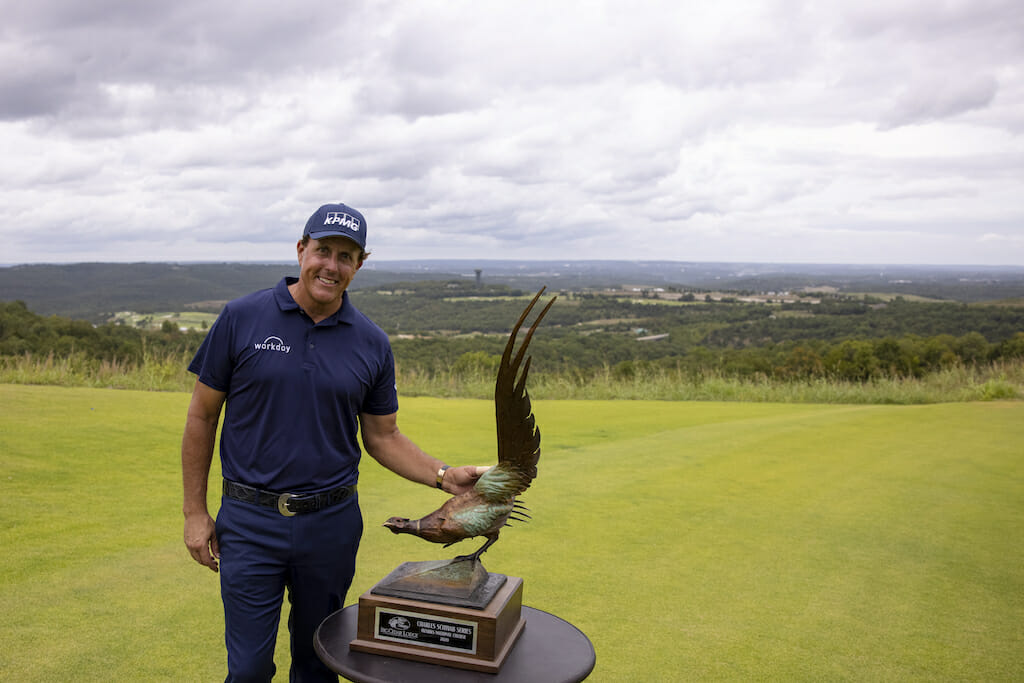 Phil Mickelson went from pillar to post to become the 20th player to win in his PGA Tour Champions debut at the Charles Schwab Series at Ozarks National.

in true Mickelson fashion, he did it in style; not only closing with a five-under par round of 66 for a four shot victory, but also equalling the best 54-hole total at the first time of asking in Champions Tour history, 22-under par, 191, good enough for the top prize of $450,000.

The five-time Major winner finished four clear of runner-up Tim Petrovic and spoke of his thrill at seeing so many familiar faces through the week and the ease at which they made Mickelson feel on debut in the over-50’s club.

“I wasn’t as sharp the back nine,” Mickelson said. “I got off to a good start, though, fortunately to build enough cushion.

“I really enjoyed seeing all the guys again, seeing how they were so accommodating and fun. It’s fun for me to compete. I got to shoot scores and compete. There was a lot of good, and there were things I identified I’ve got to work on.”

Mickelson now has the task of following in the footsteps of Fred Funk and Craig Stadler, who both won on the PGA Tour after winning on the Champions.

“Confidence no matter where it comes from is always good,” Funk texted Phil from Ozarks National, where he shot a final-round 72 to finish 4 over and well back.

Stadler won the 2003 B.C. Open – his last of 13 PGA TOUR wins – a week after he’d captured the Ford Senior Players Championship. “And all of a sudden I learned how to play again,” he said. “It’s the magical number. Get a good bottle of wine, turn 50 and you start playing well.”

For the cards to fall this way for Phil with two late season Majors on the horizon could prove significant. There’s plenty of life in Mickelson for the main tour yet.

Meanwhile, Darren Clarke fired his best round of the week, a four-under par 67 to jump 12 places up the leaderboard and finish in a tie for 33rd at six-under par.

Out in 30 after five blemish-free birdies, Clarke’s move would’ve been even more significant if it wasn’t for a shuddering triple bogey 8 on the par-5 10th around the turn.

The former Champion Golfer of the Year bounced back well with two birdies on the way home and claimed a cheque worth $19,800 for the effort.