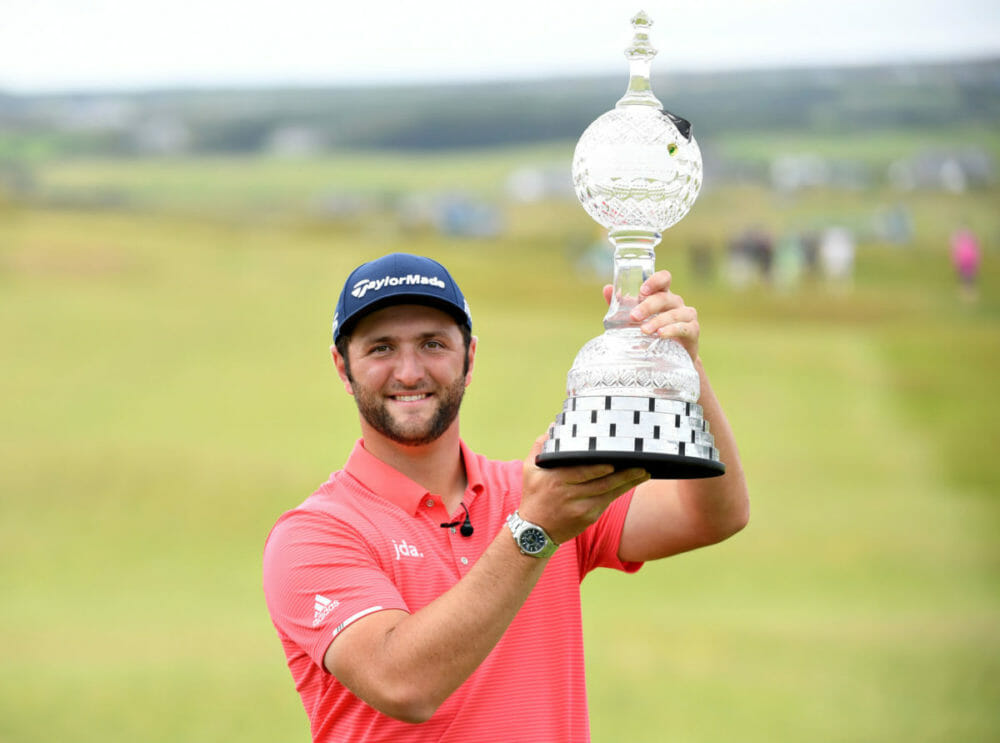 Jon Rahm will be aiming to join an elite list which includes his hero Seve Ballesteros when the Spaniard targets a hat-trick of victories at May’s Dubai Duty Free Irish Open, the second Rolex Series tournament of the 2020 Race to Dubai.

The World Number Three has a record four Rolex Series titles to his name and two of those have come at the Dubai Duty Free Irish Open – first at Portstewart Golf Club in 2017 and again at Lahinch Golf Club last July.

The 25-year-old, who in November became the first Spanish player since Ballesteros to be crowned European Tour Number One by winning the 2019 Race to Dubai, has become a hugely popular figure with golf fans on the emerald isle.

Delighted to confirm 2-time Champion @JonRahmpga will be coming to defend at @GolfMountJuliet next May.

Rahm’s two-stroke victory at a sold-out Lahinch Golf Club last July was the first of three wins in his 2019 European Tour campaign and was followed by triumphs at the Mutuactivos Open de España and the DP World Tour Championship, Dubai – a run of form which helped elevate him to third in the Official World Golf Ranking.

He will defend his title at the luxurious Mount Juliet Estate, from May 28-31, where 2010 U.S. Open Champion and Ryder Cup hero Graeme McDowell will serve as host for the first of two successive editions. Tickets are available here.

“I can’t wait to return to Ireland and defend my Dubai Duty Irish Open title at Mount Juliet Estate,” said Rahm. “I love playing in front of the crowds there. They are passionate and supportive, while also being respectful and knowledgeable, and that’s why I think I’ve managed to build a strong connection with them in the last three years.

“Obviously this tournament has provided two massive highlights in my career and I would love to join my hero Seve on that list of three-time winners of the event. I have heard really good things about Mount Juliet and its list of former champions speaks for itself. Graeme is also a great guy and is sure to be a great host, so I’m sure it will be another incredible week.”

Mount Juliet Estate already boasts a prestigious list of winners after a three-year stint of hosting the historic event – with Sir Nick Faldo, Bernhard Langer and Sam Torrance winning there in 1993, 1994 and 1995 respectively – and Rahm will be hoping to join another prestigious list this May.

Official Hospitality tickets are also available on the ticketing page, or alternatively contact the European Tour’s dedicated Hospitality Sales Team, who will be happy to answer any queries and discuss the various hospitality options, on hospitality@europeantour.com, register your interest here or +44 (0) 1344 840681.