Stricker keen to address crowd behaviour ahead of Ryder Cup 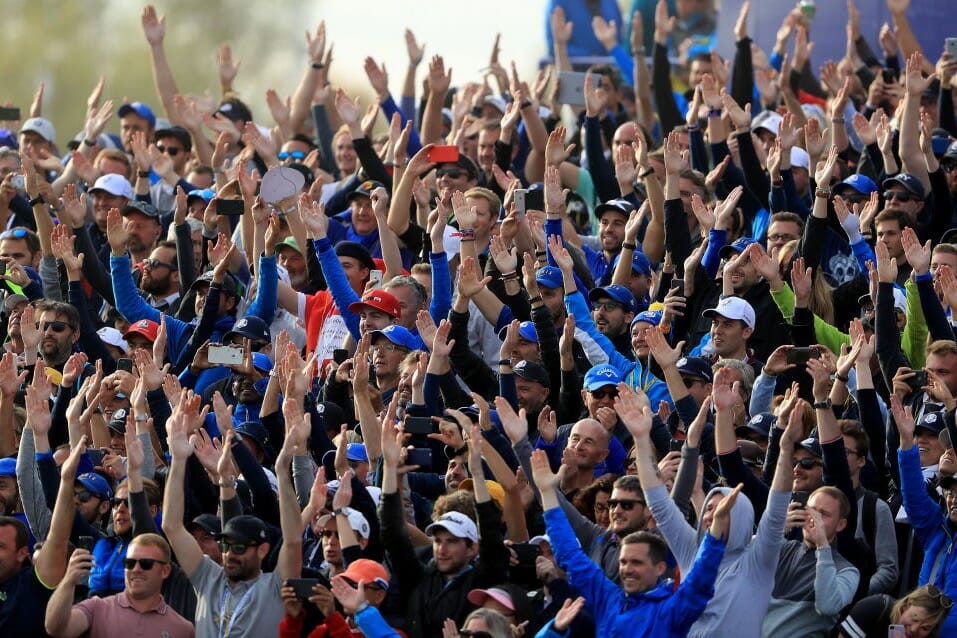 One of Steve Stricker’s first goals when named 2020 USA Ryder Cup captain on Wednesday will be to speak about unsavoury crowd behaviour.

Stricker, like Padraig Harrington when handed the European Team reins, is very much the stand-out choice to lead the American team into competition later next year at Whistling Straits.

The American is extremely popular among his PGA Tour peers while being Wisconsin born, bred and lives only a two hour drive from the host event, Stricker is a shoe-in to replace Jim Furyk.

Stricker has also played on five winning USA Presidents Cup teams and was captain of the victorious 2017 USA side while he was chosen last week by 2019 USA Presidents Cup Captain, Tiger Woods to be a vice-captain later this year in Australia.

However, in accepting the Ryder Cup captaincy on Wednesday, Stricker can be certain to touch on a sore point when it comes to spectator behaviour.  We watched in disappointment at the 2016 Ryder Cup when Rory McIlroy was especially singled out for comments and remarks that no spectator, whether US or European wants to hear.

Stricker was there in Versailles last September when he said he heard ‘out-of-order’ comments from some in the European fan base too and he’s now hoping to help the event clean up its act.

“We saw some scenes at Medinah and then being a US Ryder Cup vice-captain last September in France, there was also some unsavoury moments so it seems it is creeping in to the Ryder Cup which is not nice,” said Stricker.

“So, hopefully all will be fine later next year at Whistling Straits.

“The thing is I would love to be part of the 2020 Ryder Cup in my home State and to be appointed captain would be a huge honour and would be super cool.

“To try and win the cup back for the States right there in Wisconsin would be a great opportunity if they gave me the captaincy, and that’s the part I’m still waiting to hear.

“It’s not up to me but hopefully I will get the opportunity as it will be fun.”

The golfing world will learn of Stricker’s appointment at 8am (ET) Wednesday.