McIlroy stays positive after final round in Hawaii 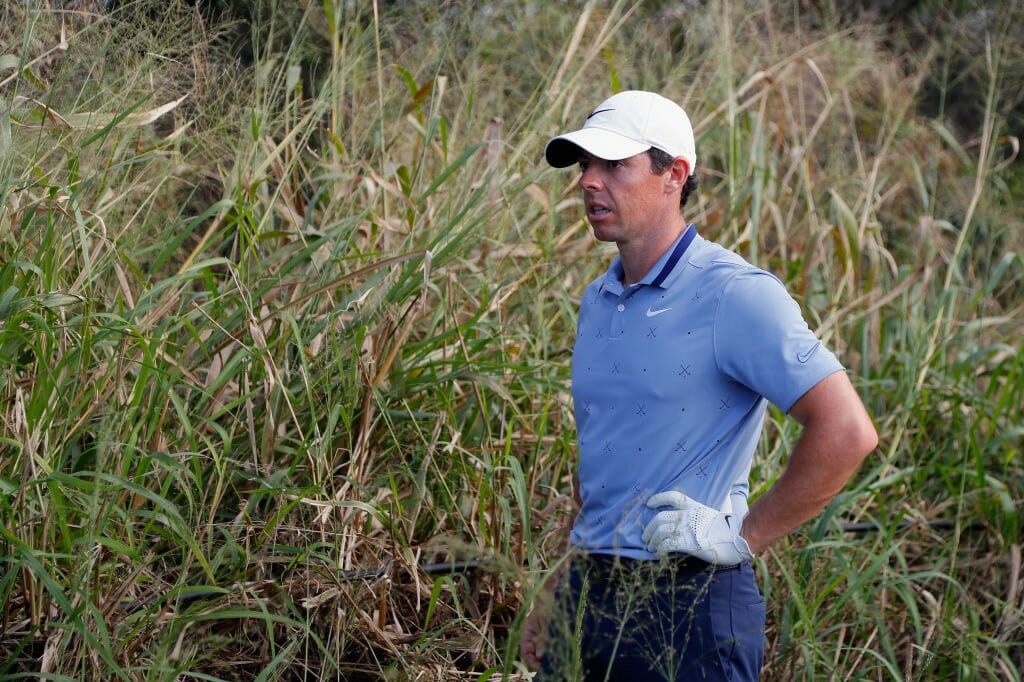 Rory McIlroy said it had been a ‘positive’ week but once again there is no hiding as he begun the New Year just as he had commenced and also ended 2018, by snatching defeat from the jaws of Sentry Tournament of Champions victory.

McIlroy’s decision for a first time in his 12-year pro career to abandon the European Tour in favour of commencing 2019 in Hawaii ended with a very distant share of fourth place at Kapalua as American Xander Schauffele cut a victory swath through the field, coming from five shots off the lead to post a sizzling final day 62 and win with at 23-under par tally.

The score left Schauffele one clear of compatriot Gary Woodland, who needed a birdie at the last to force a play-off but walked off with a par in a round of 68 for a 22-under par total.

“Oh man, this has been a crazy day as I started out poorly with a bogey on one but I then chipped-in for eagle on nine and then holed out from 100-yards for an eagle ‘two’ at the 12th hole,” Schauffele said.

“I didn’t do much leaderboard watching early in the round but then I knew it would be a birdie feast coming in, so I just kept my head down and tried to run for it. Winning this winners-only tournament, I have to come back next year which is even better (smiling).”

“So, I am honestly speechless and it was crazy day while I was a bit nervous too.”

The win, a second PGA Tour success in a row after capturing the WGC-HSBC Champions event late last year, lifts the 25-year old Schauffele up four places to the new World No. 6, with McIlroy bumped back a spot to No. 9.

“I’m going to go home and sort of reflect on this week and reflect on what was good and what maybe wasn’t so good, work on a few things and come back out having learned a little more about my game than I knew coming into this week,” he said.

McIlroy headed into day four of his first event of 2019 trailing just three shots behind Woodland and managed to get within two strokes of the lead early on with a third hole birdie but that was the closest the 29-year old came in posting a ‘no frills’ closing 72 to end in a three-way share of fourth at 15-under par.

McIlroy got the start he wanted, landing a 34-yard second shot at the par-4 third hole to just a foot for the easiest of tap-in birdies. He then missed birdie putts at the next three holes before his anxious afternoon was summed-up in two holes, the ninth and 10th on the Plantation course.

At the par-4 ninth he missed his third of the seven outward nine fairways, on this occasion left of the fairway, before sending his second shot into light rough, some 50-feet shy of the flag on the edge of a bunker guarding the right-side of the green.

McIlroy mumbled something before diving into his yardage book to wonder what went wrong.

Woodland was long with his second but played a deft 78-foot chip shot to less than two-feet with McIlroy playing a poor chip shot to 10-feet shy of the flag and failing to even hit the hole with his birdie putt.

McIlroy’s par to Woodland’s birdie sent the American to 19-under par, three shots clear of McIlroy with Schauffele then moving into second place at 17-under.

There was more soul-searching for McIlroy at the short par-4 10th hole as he split the fairway, but from 108-yards out he landed his second just over 30-feet from the flag and buried his head in his hands.

McIlroy soon was becoming an afterthought, playing the next seven holes in one-over par, due to a bogey on 14, before further agony in missing an 18th hole birdie putt.

The four-time Major winner had been in the last group on seven occasions in 2018, including six on the PGA Tour and also at the Dubai Desert Classic, and now for an eighth occasion in 11-months, McIlroy was in the last group in Hawaii but with no gleaming 35-pound ‘breaking wave and the tail of a humpback whale’ blue crystal trophy to show for his efforts.

“I felt like I made a few bad swings and double-crossed my drive on 14, and then hit the 5-iron left on 15 but apart from that I hit good shots, I gave myself plenty of chances, just couldn’t get anything to drop,” he said.

“I put a new driver, a new ball and a new putter in the bag and they all felt really good,” he said. “I felt like I hit good putts, just couldn’t get them to go. But the driver performed really well, the ball was great. I think, myself, I think this week I showed a little more versatility in my game. I was hitting different shots, left-to-right, right-to-left, high-to low. Some things I wasn’t maybe quite as comfortable doing last year.”

“So overall it’s been a positive week even though I wish I would have played a little better.”

McIlroy will now take a fortnight off before he is expected to next tee-up for a first time in his career, at the Farmers Insurance Open starting on January 24th at Torrey Pines near San Diego.

“I’m going to go home and sort of reassess where I’m at. “I’m going to play L.A., I’ll probably play once before that but I sort of haven’t made my mind up yet.”