A solid start to the new season for Moynihan in Mauritius 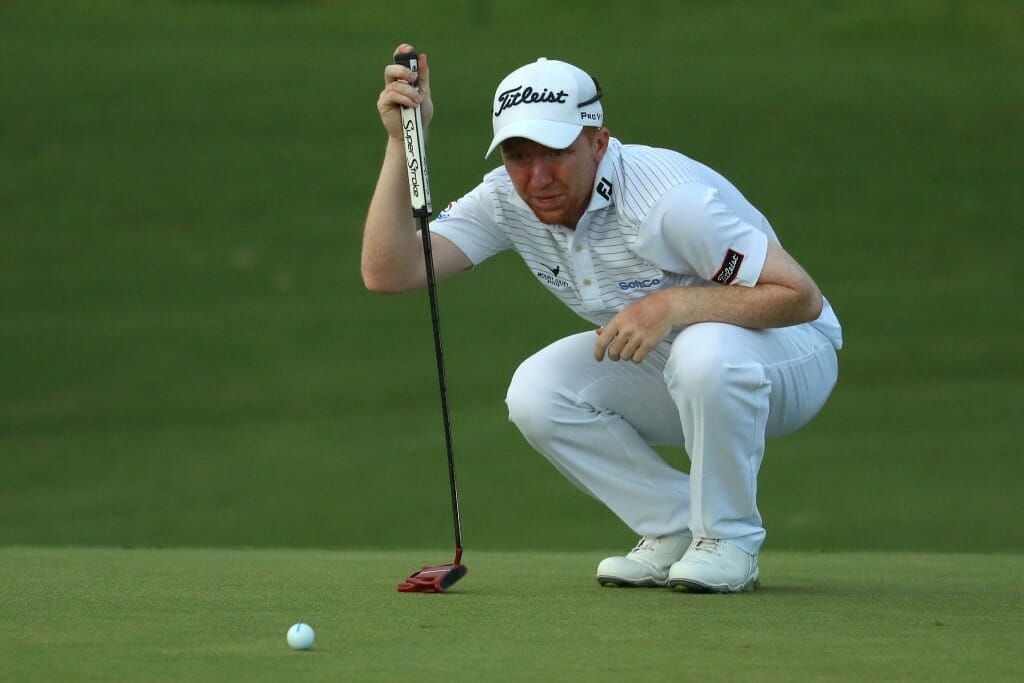 Gavin Moynihan finished just outside the Top-10 at the tri-sanctioned AfrAsia Bank Mauritius Open at Anahita.

Moynihan, who had been five shots off the lead heading to the final round, started well with a birdie at the first, followed by another at the 4th before a ninth hole bogey saw him turn in 35. He followed that up with two birdies on the back nine, including one at the last but bogeyed the 14th for a final round of 70 and a tie for eleventh place overall.

The title went to Kurt Kitayama secured his maiden European Tour win in just his third event after claiming a two-shot victory with the American, who earned his playing privileges alongside Moynihan at Qualifying School last month, carded an eagle, four birdies and two bogeys in his closing round of 68.

But it was not all plain sailing for the 25 year-old as he saw his lead reduced to a single shot when he missed his par putt from six feet at the 16th.

He held his nerve, though, holing from 20 feet for a birdie at the 17th to restore his two-stroke cushion, before safely parring the last to finish the tournament on 20 under par.

“I’m just so proud, really happy. It’s an unbelievable moment for me, I’m just so happy I was able to pull it off, he said. “There were definitely some nerves around the first tee shot. Going birdie-eagle-birdie helped to calm things down for the rest of the day.”

“This whole year has been, well, what a great year. It’s been a different journey for me (going from Web.com Tour to Asian Tour to European Tour). It’s been really exciting, being able to travel all over the globe and I’m going to continue to travel more. I’m really looking forward to it.”

India’s S Chikkarangappa and Matthieu Pavon of France finished in a tie for second on 18 under par after they both produced closing rounds of 67 at Four Seasons Golf Club Mauritius at Anahita while South African Justin Harding fired a closing birdie to get to 17 under par and finish in solo fourth, one shot ahead of his countryman and defending champion Dylan Frittelli – who notched seven birdies in his bogey-free round of 65 – and Masahiro Kawamura of Japan.

Chikkarangappa S said: “It was a fantastic round today. Looking at the scoreboard, the leading guys were making the golf course look like a mini golf course. Which was why I told myself that I must charge. I’ve played to a solid finish today, which was much needed. I’m very happy with it.”

“The 16th and 17th were the rollercoaster putts. I was under pressure to make those and I’m proud of myself for being able to do so.

“Before those holes, I saw the scoreboard and told myself that I have a great chance of heading up there. I have to finish within the top-four. The putt on 16th was amazing. 100 per cent perfection.”