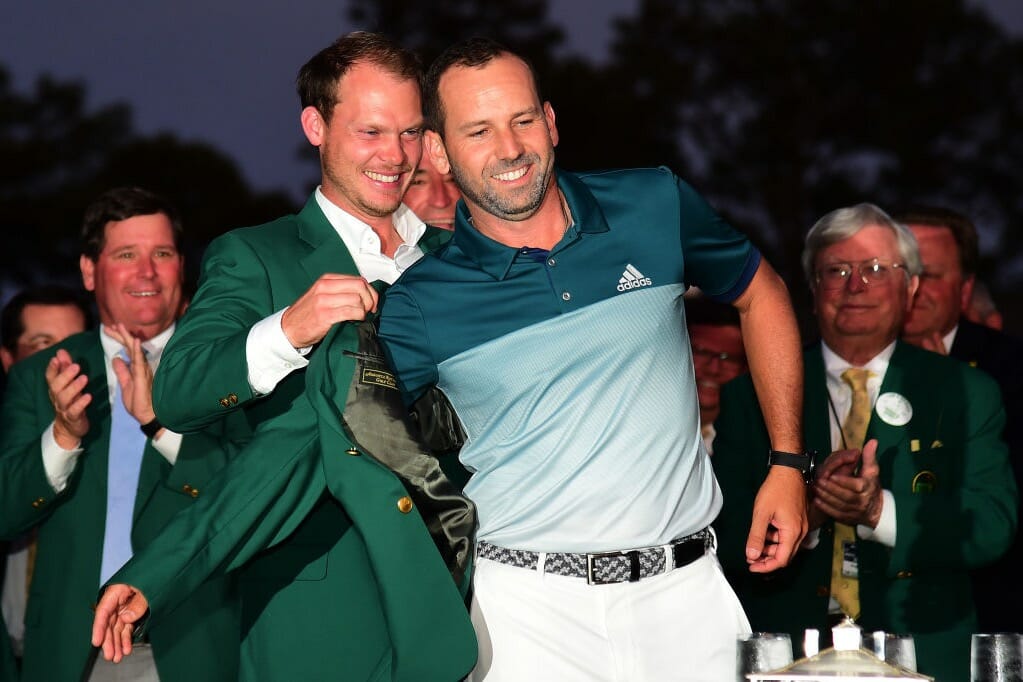 In the week leading up to the 2017 Masters, American new age media boys No Laying Up took to twitter to encourage suggestions for alternate topics to discuss on their Augusta preview podcast. One twitter user’s response particularly caught my attention for both the black humour and the fall from grace it referenced.

The suggested topic was “things for Danny Willett to do in Augusta between Friday afternoon and Sunday afternoon”.

As defending champion, of course, Willett would be on Butler Cabin duty, draping the green jacket on his successor’s shoulders, but the obvious implication was that Willett was a certainty to miss the cut and, duty bound, unable to respond in typical professional fashion by getting the “hell outta Dodge.”

Willett duly obliged and had to look beyond Augusta National for weekend entertainment. How he spent his time remains unknown but the complete collapse of his game was of greater interest.

12 months previous, Willett stood on the 16th tee at Augusta National on Sunday – having one of the rounds of his life – but in his mind surely, destined to fall short. Unbeknownst to Willett as he made his walk from the 15th green, something incredible was unfolding at the short but famed 12th hole. Runaway leader Jordan Spieth was in the process of chalking up a quadruple bogey seven.

The lack of large screens and the no cell phone policy mean that leaderboard watching is as much an Augusta tradition as the pimento cheese sandwiches. The roars, the gasps, the “oohs and aahs” that reverberate around the pines become like Chinese whispers, with the scoreboard operators serving to confirm and deny the hopes and fears of the gathered masses.

The patrons surrounding the 16th hole must’ve known something big had happened. For Willett and final-round companion Lee Westwood, the entire dynamic of the situation changed with the deliberate card shuffle of a tournament volunteer.

Suddenly Spieth had plummeted down the board and Willett and Westwood were top and second respectively.

Coming off an improbable eagle at 15, momentum was on Westwood’s side. Much maligned for his failure to come up with the goods when it mattered most, the former world number one was first on deck but his heavy eight-iron came up well short of the flag.

Next up, and with three holes to play, Danny Willett was suddenly leading the Masters. With immortality beckoning, it was his to lose. The 16th at Augusta National is one of the Georgia plantation’s most famous holes. Site of Tiger Woods’ famous chip – immortalised by Verne Lundquist’s “in your life…” commentary – the 16th hole has provided more hole-in-ones than any other in major championship golf.

That’s not to say it doesn’t bare teeth. Miss left and expect a watery grave, and a miss right is a nigh-impossible up and down. Willett – under the most extreme pressure of his career – hit perhaps the shot of it. Perfect for line, his 9-iron caught the slope short and right, with the ball funnelling towards the hole, ultimately coming to rest about six-feet below the cup.

With a three-shot lead, two pars would surely get the job done. Masters history is littered with late collapses when victory was within grasp, but with an outward veneer masking the internal butterflies. Willett held it together with considerable aplomb to become the first European to win a green jacket since 1999.

Fast-forward a year and consider that the same Danny Willett that stood tall under the crushing weight of pressure had now become the butt of an otherwise insignificant Twitter user’s joke.

The downward spiral that would ultimately bottom out at 462nd in the world had already begun by the time Willett’s brother penned his controversial Ryder Cup article, but the entire experience may have been the shattering blow to the brittle confidence of somebody struggling to live up to the expectations of a major winner.

Injuries have also played their part. The old adage “beware the injured golfer” pays tribute to the rare occasions where a player performs well in spite of injury or illness, but the truth of the matter is that these feats are the exceptions to the rule. Injuries derail and destroy careers all too often.

Willett has suffered with shoulder, knee, back and neck issues since the pinnacle of his achievements (to date, at least), and though finally pain free in 2018, the long road back has been painstaking.

More missed cuts than weekend pairings suggest that this year has been a rollercoaster ride in more ways than one. Top-10 placings at the Irish and Italian Opens were big steps forward, and top-25s at the Scottish Open and Open Championship were enough to convince Willett that he was back where he belongs.

Like Tiger Woods’ victory in the PGA Tour’s season ending event, Willett’s recent win in the European equivalent had a feel good factor. Redemption comes in all shapes and sizes, but for those who’ve tasted success at the highest level, the demons are only exorcised through winning.

As a past winner, Willett will be in the Masters field next April. Perhaps his weekend plans in Augusta may be a little more traditional this time?