Magic Moynihan secures his place in the promised land 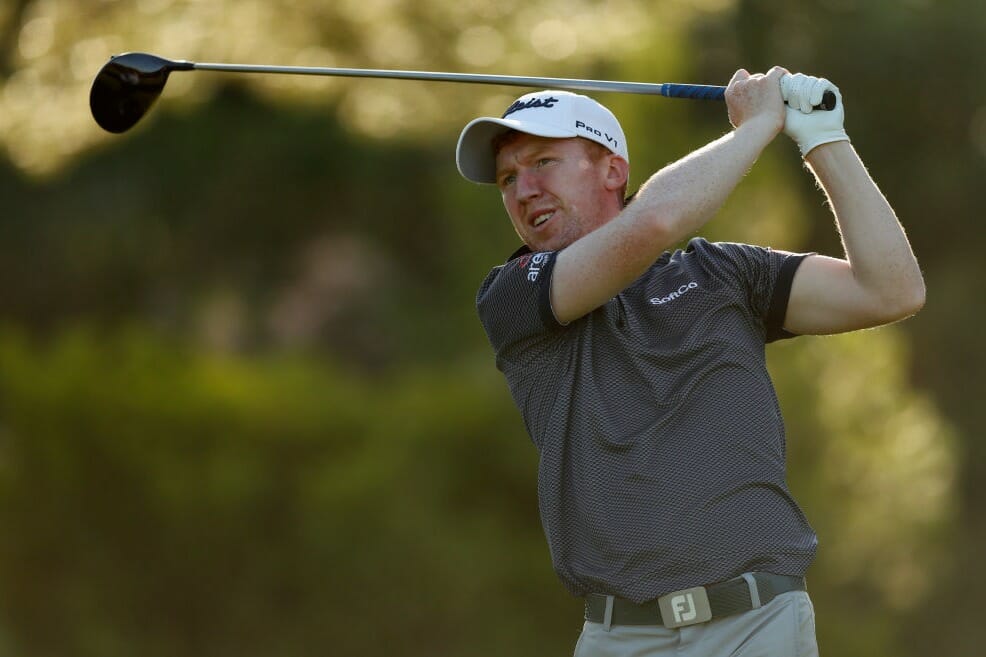 Gavin Moynihan has just finished playing 108 holes under the most intense pressure a golfer can face and come out the other side as a fully-fledged member of the European Tour.

That’s right – Mount Juliet’s Moynihan has earned his shot at redemption after grinding his way to Main Tour status right on the number at Final Stage European Tour Qualifying School in Spain.

It was never going to be easy but 14 holes through his sixth and final round he was coasting with two birdies on the card before nerves inevitably took hold. Bogeys on 15 and 17 made for an anxious finale, but needing a par to win, the Dubliner duly obliged by knocking in a testing four-footer to ensure his Main Tour return.

Moynihan finished qualifying on 16-under-par for the week, good enough for a share of 20th spot, with the top-25 and ties earning promotion to the Promised Land. No surprise then that relief was the overriding emotion for Gavin having come through ‘Hell Week’ unscathed.

“I just had a four-footer there and it was the most nervous I’ve ever been in my life,” admitted Moynihan of the putt that secured his golden

ticket to a tour that proved fruitless in his rookie season this year.

“I played good today. I had a mud ball on 15, I was bogey-free up to 15 and playing lovely. But yeah, mud ball, hit it right, not a great chip and then 17, just hit a bad shot, I was indecisive.

“18 I hit it exactly where I wanted to in two but it just plugged in the fringe and didn’t release down. The first putt wasn’t very good and the second one was probably the most nervous I’ve ever been over a putt!

“I played lovely this week though. I could have been a lot lower – I honestly didn’t even putt well. My ball-striking was probably the best it’s ever been!”

There had been a noticeable upturn in Moynihan’s form coming into the Final Stage examination at Lumine Golf Club. While his top-10 finish at the Andalucia Valderrama Masters was undoubtedly a turning point, his decision to return to some familiar tracks on the Challenge

Tour to gain some confidence certainly helped too.

“The last three months have been very good,” Moynihan reflected. “The first three or four months of this year I was just missing cuts by one and two and it got to me. But Valderrama was a big turning point, a top-10 there and it was nice to keep that going here.

“It’s one of the most demanding golf courses I’ve ever played [Valderrama]. I finished three-under and I was top-10. There’s not many courses in the world that produce that. It was a decent field as well.

“But I’ve been enjoying the game recently. I went back to the Challenge Tour hoping to find a bit of form and I did so it’s been a very positive second half of the year.”

However where there was ecstasy for Moynihan, there was heartache for Cormac Sharvin who missed out on qualifying by a single stroke.

The Ardglass professional, who was one-over-par after 36-holes, had battled so bravely to get as close as he did but ultimately fell one shot shy of the 16-under-par qualifying mark despite a birdie at his final hole.

Challenge Tour status will provide some consolation for the Ulsterman when the dust has settled but that will do little for his outlook now after narrowly missing out on his dream.

As for Tramore’s Robin Dawson, he too can be proud of his week’s efforts. Left with too much to do over the final 36-holes, Dawson signed off with an even par 71 for a three-under total and will begin his first full season in the paid ranks in Challenge Tour company.