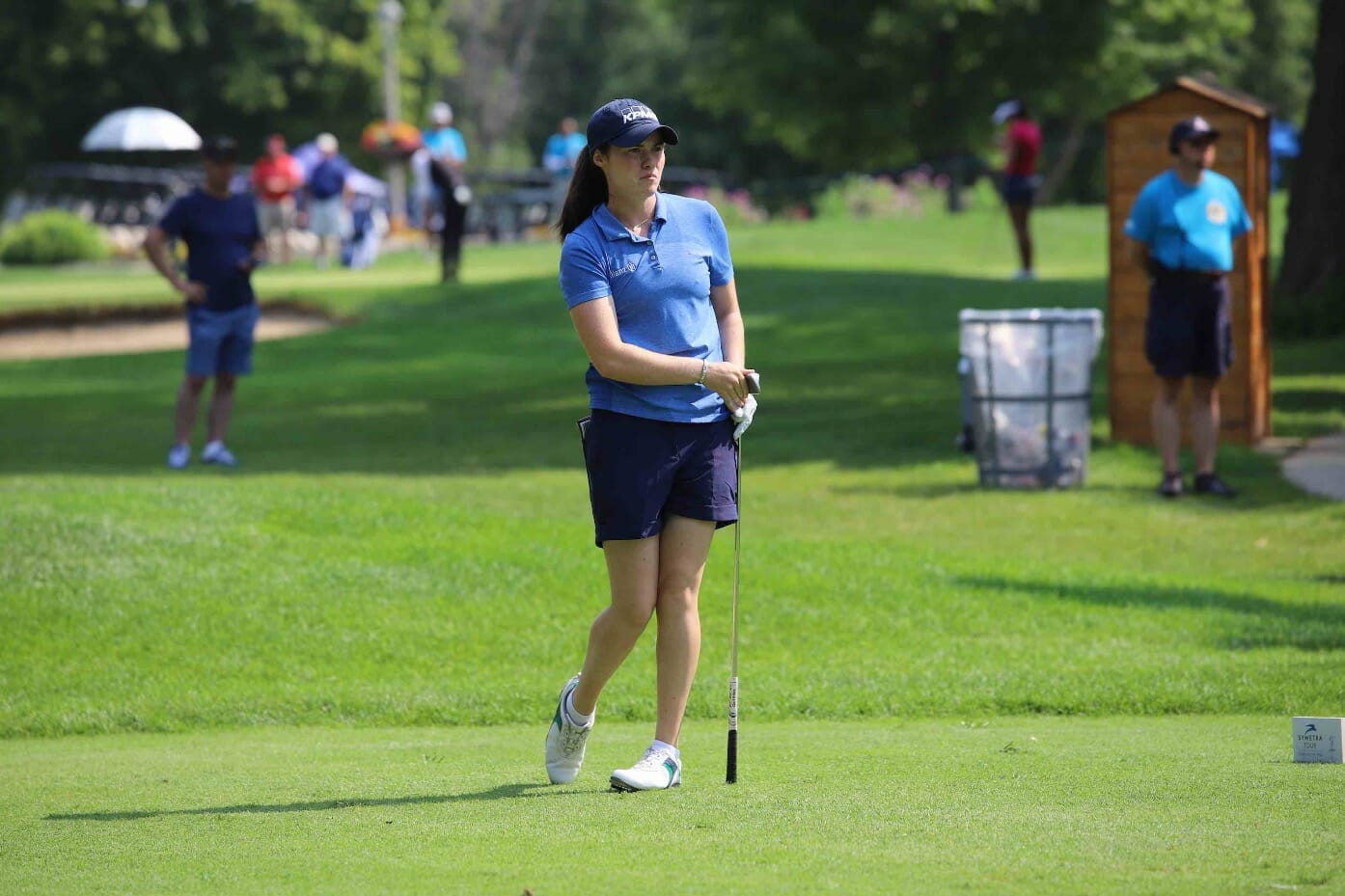 It wasn’t to be for Leona Maguire at LPGA Stage II Qualifying as she missed out on progressing to the Q-Series by just one stroke.

With the Top-25 and ties automatically qualified for the next stage and the next few places getting through too to fill the available remaining slots, Maguire had work to do to improve on her overnight T43 position and her final round of level par on the Bobcat Course at Plantation just wasn’t enough.

She started well with a birdie at the second but gave it back at the eighth and it was all pars from there on in which left her ultimately one shot off the T34 place (level par for the 72-hole event) which would have qualified her for the next stage.

As things turned out there were 62 exempt players before the Stage II started and when the Top 25 + ties (33 players in all) were added from Stage II and then the next 8 players who were on level par this took the total field for the Q-Series to 103.  There was an allowable limit of 108 for the Q-Series but if the next nine players all on +1 (which included Maguire) were accepted it would have taken the field above the 108 limit, and so they were cut.

In the end the the conclusion at Stage II of the LPGA Qualifying Tournament had two players atop the leaderboard with a score of 10-under par overall, as Amy Boulden (St. Asaph, Wales) and Kyung Kim (Chandler, Arizona) earn co-medalist honors in the Sunshine State.

It was a big final round at Plantation Golf & Country Club from Kim that launched her into the position from tied for sixth when she started the day. The former University of Southern California (USC) standout played the Bobcat Course to the tune of a bogey-free, 5-under par 67.

“I just wanted to be patient throughout the round and not push anything, but play my game hitting fairways and greens,” Kim said. “It was definitely exciting coming into the week and definitely a big confidence boost that I was able to play it out. Hopefully I can keep it going.”

Putting together such a performance is pretty inspiring for Kim, considering she played on a fractured pinky toe.

Ahead of the IOA Golf Classic in Longwood, Fla., which served as the penultimate Symetra Tour event this season, Kim hit her right foot on a bed post. She hadn’t played golf since the accident, but pushed through the discomfort and pain this week to advance to Q-Series.

“I didn’t know what to expect coming in and not having played in three weeks,” said Kim, who last played competitively at the Guardian Championship in Prattville, Ala. “It was all up in the air, but I’m really glad it turned out so well. I think it all happened for a reason to get some extra rest and be prepared for this event.”

Meanwhile, Boulden was the 54-hole leader and managed to keep her last day effort fairly steady with a 1-over par 73. The Ladies European Tour (LET) four-year veteran came in with a goal in mind and she reached it.

“I wanted to come here and treat it like any other tournament, not necessarily have it feel like Q-School and was always trying to win,” Boulden said. “Played well and am now looking forward to getting up to Pinehurst. I made a lot of good improvements and am confident for Q-Series.”

In solo third was Sarah Burnham (Maple Grove, Minnesota) at 9-under par overall following a 4-under par showing this afternoon. Furthermore, a group of four players tied for fourth at 7-under par overall, including the top amateur in Suzuka Yamaguchi(Sagamihara, Japan).