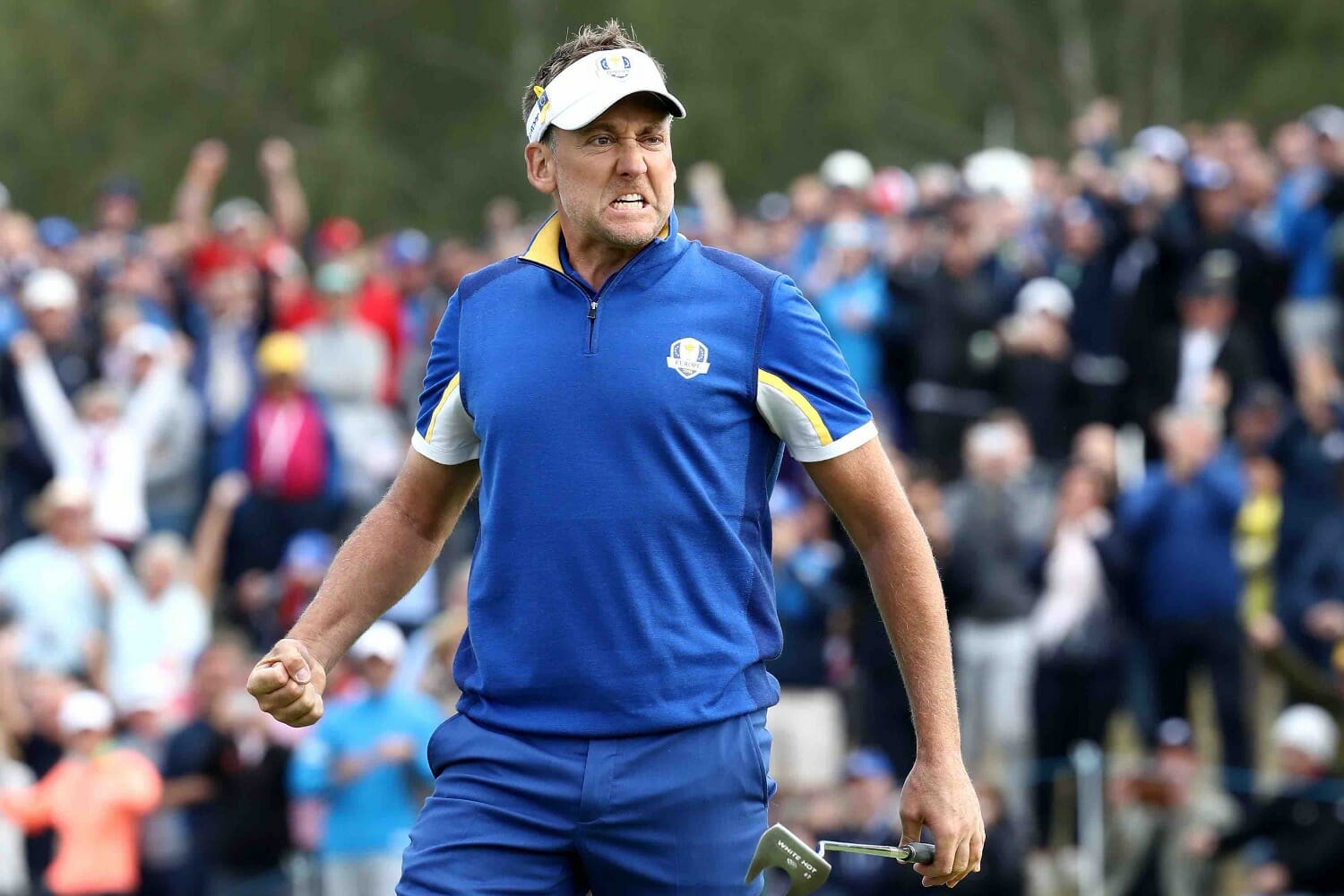 Ironic perhaps that it was 48-year-old Phil Mickelson who handed Europe the point that determined the destination of the 2018 Ryder Cup. Ironic, too, that it was a tee shot that disappeared into the water.

Such irony stems from a rather notorious article written by American golf writer Alan Shipnuck, published on the golf.com website last November. Shipnuck made it clear, in no uncertain terms, that Europe was a spent force and that the lustre of the Ryder Cup would fade because the USA would win the biennial match for years to come.

“The Ryder Cup is dead — you just don’t know it yet,” he wrote.  His opening gambit continued thus:

“One of the greatest events in sport is on the verge of irrelevancy. The young, talented, hungry golfers from the United States, benefiting from the cohesive leadership of the Task Force era, are going to roll to victory in 2018 in Paris. This will be the first American win on European soil in a quarter century and, coming on the heels of an overpowering U.S. win in ’16, will set the stage for a decade-plus of blowouts, sapping the intrigue out of the Ryder Cup. It’s going to get so lopsided that you can expect future Ryder Cups to have all the dramatic tension of…gasp!…the Presidents Cup.”

The Americans are young and brilliant, he believed – and of course they are – while the Europeans are plucky and past it. He listed off the ages of four big European stars: Henrik Stenson (42), Ian Poulter (42), Sergio Garcia (38), and Justin Rose (38). Hardly past it when Garcia won his first Major last year and Rose recently peaked as the number one golfer in the world.

How well did these guys perform! Compare their results to the USA’s two veterans: Tiger Woods and Phil Mickelson, with a combined age of 90. Two Captain’s picks, six matches and zero points. The four Europeans listed above delivered 8 points from a possible 13, and you can pretty much guarantee that three of those four will be on the next Ryder Cup team. Thanks, but I’ll take them over Johnson, Spieth, Thomas and Koepka.

There’s no doubt that Shipnuck’s logic is sound: the talent and youth of the USA side is irresistible… but such logic misses the most important element of this clash of the titans.

The Americans – the golfers, the writers, the captains, the fans – simply don’t comprehend the importance of team spirit… or certainly can’t generate it. They might have switched tactics with their fabled ‘Task Force’ ahead of the USA victory in Hazeltine, but team spirit is not a switch you can flick on as required; it is not something as simple as a sign that says ‘Leave Your Egos at the Door’. Team spirit grows and thrives through time, friendship and respect.

Patrick Reed demonstrated perfectly how this spirit is lacking in the USA team… never mind the confrontation between Johnson and Koepka. In a New York Times interview shortly after the USA lost, Reed tore in to Jordan Spieth:

“The issue’s obviously with Jordan not wanting to play with me,” said Reed. “I don’t have any issue with Jordan. When it comes right down to it, I don’t care if I like the person I’m paired with or if the person likes me as long as it works and it sets up the team for success.”

‘I don’t care if I like the person I’m paired with…’ Seriously!

Try telling that to Molinari and Fleetwood, or Garcia or Rory. You play with Ian Poulter and he is as much invested in your shot as he is his own. That’s what a team does. Garcia epitomises the European spirit. The Captain’s pick who raised the most questions proved that, as a Ryder Cup player and comrade, he excels in this event. And his reward for delivering three points from four is to be the leading Ryder Cup scorer of all time, beating Nick Faldo’s record of 25 points.

More importantly, perhaps, it was Poulter, on Friday afternoon, and Garcia on Saturday morning, who inspired Rory back to the form that saw him winning majors by eight strokes. Compare that to the body language of Tiger Woods… and those who were paired with him. Here is the greatest golfer of all time who simply cannot excel in this competition. From 37 matches he has won just 13. Jack Nicklaus played 28

Ryder Cup matches and won 16 of them. Individual greatness does not necessarily translate to a team format.

There are other moments to consider. Did you see the smile on Fleetwood’s face when he was congratulating Tony Finau for thrashing him 6&4 in the Singles? It was huge and genuine. Win or lose, he loved the competition. Away from the Ryder Cup, do you remember how pleased Justin Rose was for his teammate Sergio Garcia when the Spaniard beat him in a play-off for the US Masters in 2017? There are friendships that run deeply through the European team that only skim the surface for the Americans.

If the Americans appreciated that and embraced it more, then winning would come more easily. Individual brilliance is only one piece of a larger puzzle.

During the post Ryder Cup press briefing, Shipnuck was jeered by the European players and he took it all with good grace. He has since issued an apology – which is not an apology to Europe, I might add – and has, conveniently, moved his prediction on two years, to 2020, when the Ryder Cup returns to American soil.

We look forward to watching him sink on that one as well.