GMac gets back to the day job at Alfred Dunhill Links 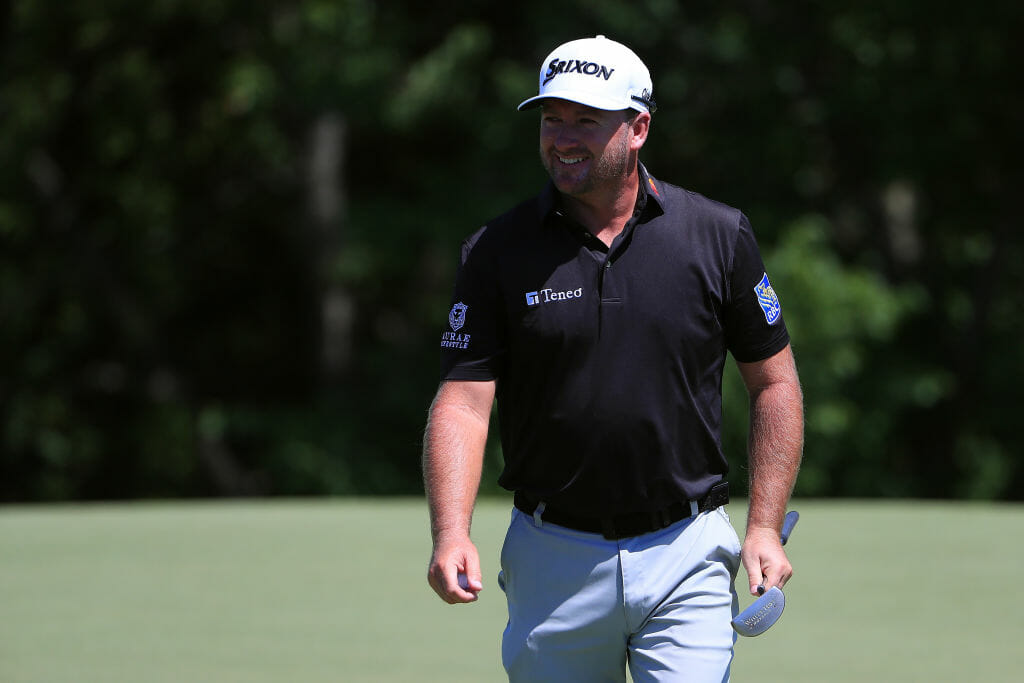 Graeme McDowell gets back to his normal day job this week in Scotland, still on a high after playing his part in Europe’s stunning Ryder Cup triumph in France.

McDowell joins five other Irish players teeing-up in this week’s starting Alfred Dunhill Links Championship in Scotland where he was runner-up in the 2004 event and is competing for a second straight European Tour occasion in Scotland having contested July’s Scottish Open at Gullane.

‘G Mac’ will partner good friend and U.S. car racing star, Ed Brown who sponsors the NASCAR Patron Team and is himself a winning co-driver in the 2016 24-Hour Daytona race.  Brown is also a member of the very exclusive Bears Club at West Palm Beach in Florida, home to Rory McIlroy.

And it’s all very much still in the fast-lane for McDowell after the excitement of his first taste of Ryder Cup vice-captaincy.

“It was a special week being the first time in a vice-captaincy role but also bittersweet not to be playing”, he said. “It was really a special week to watch the guys, have a different perspective on it, really sort of view it a bit more externally and just watch the boys come together as a team.”

“We all talk about how great Europe are at doing that. I was starting to think it was maybe a little bit of a fallacy because the guys don’t spend as much time together as they used to, a lot of guys are on the PGA Tour and guys are scattered all over the world, but to watch them come together as a team unit and play for each other, guys like Rory and Sergio in the team room, Poulter and Rose… it was a special week.”

“They played awesome, the course at Le Golf National was fantastic, like we all knew it would be, and it certainly didn’t disappoint. Thomas was a fantastic captain. He was very organised, very calculated so when it came to picking players, it was reasonably easy.”

“We had a really experienced backroom staff, Harrington, Westwood, Donald, Karlsson and myself, guys that have been around, seen it and done it. Obviously, it’s easy to stand here now and say we got it right cos things went our way but it was a fun week and, like I said, a completely different perspective for me and I really, really enjoyed it.”

McDowell kick starts his quest in the Euro 4.3m Scottish event this week teeing-up at Kingsbarns before heading to Carnoustie on Friday and then the Old Course at St. Andrews over the weekend.

Fourteen years ago, McDowell got into a play-off with Scot Stephen Gallacher only to have his tee-shot at the first extra play-off hole land in a divot, and then for his second to find the Swilcan Burn guarding the first green.

“I’ve always enjoyed that pro-am format of the Dunhill and that kind of camaraderie of playing with a guy for the week and I’ve got a great friend from Florida over this week playing with me,” said McDowell.

“I really enjoy this week. I’ve had the chance to win it a couple of times and I’d love to pick a trophy up on the 18th green at St Andrews. If it’s not a Claret Jug, the Dunhill Links is a nice second.”