Dawson ready to chase his dream in the paid ranks

Robin Dawson is the latest Irish star to dip his toe into the shark-infested waters of professional golf. The lure is compelling but what should we expect from the affable six-footer who makes his professional debut at this week’s Portugal Masters?

Who knows what trappings lie ahead for this larger than life character. The jovial prankster of the Ireland team room has decided to go it alone and take his chances in the paid ranks. It’s a road well-travelled with no guarantees. Dawson is nobody’s fool. Like Pádraig Harrington, he locked in a degree from Maynooth University before taking his chance with a life on tour.

At a time when there is much debate about the depth of Irish players out on tour, Dawson might be considered just another number. He is another product from the conveyer belt of elite talent that worked his way through the GUI ranks to now get within touching distance of the Promised Land.

This hack first recalls clocking eyes on Dawson in 2013 when covering the R&A’s Boys Home Internationals at Forest Pines in Lincolnshire. Even then Dawson towered over team-mates, but he also let his golf do the talking that week. He was one of the stars of Roy Archibald’s side that recorded a memorable Irish win. Dawson claimed 5.5 points out of 6 and even then, he looked destined for great things.

To the untrained eye, Dawson struck it pure, but it was the belief in himself that shone most. He expected to win – yet so did most who featured that week. It’s interesting to note that players like Bradley Neil, Connor Syme and Ewen Ferguson from Scotland plus England’s Jack Singh Brar and Marco Penge plus The Island’s Paul McBride were all on show that week in Lincoln. They have all moved into the paid ranks and are chasing their dreams.

The 22-year-old has a presence and he is exceptionally talented with club in hand. You don’t rise to eighth in the World Amateur Golf Rankings by chance. He was in imperious form at Royal County Down this year to win the Irish Amateur Open in a week where he shot 65.

It’s these sorts of numbers he’ll have to get into the habit of shooting if he is to become established on tour. The art of scoring so low for four rounds is a skill all of its own. It is relentless and the depth of quality on tour these days means success has little to no regard for error.

Dawson will tee it up this week in Portugal alongside the likes of Shane Lowry, Paul Dunne and Harrington. The three-time Major winner once said: “When I turned pro I had hardly lost a strokeplay event in 18 months. I won 10 scratch cups in one year. I was the number one amateur in Ireland and was there to be shot down.”

Some of Harrington’s best advice to anyone starting out was this: “Most guys I see [starting out on tour] try to step up a level when they should be staying the same. They should continue to play their ‘normal’ game and soon enough they will find out if that game is good enough.

“The anticipation of ‘I’m a pro now, I need to do better, need to practice more’ can get in the way at the start of a young career, whereas you just need to go and play,” said Harrington.

Dawson will undoubtedly need time to adjust to life on tour but if he manages to play his own game, all indications suggest the Tramore man will be just fine. 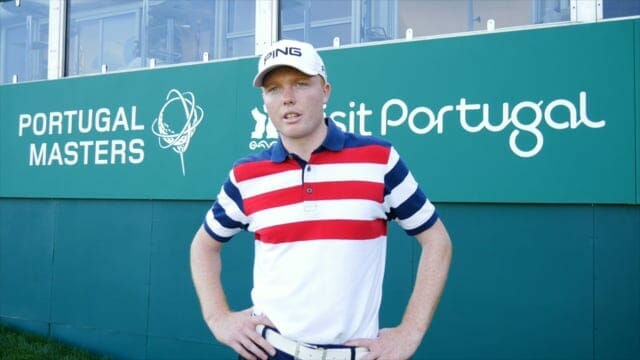