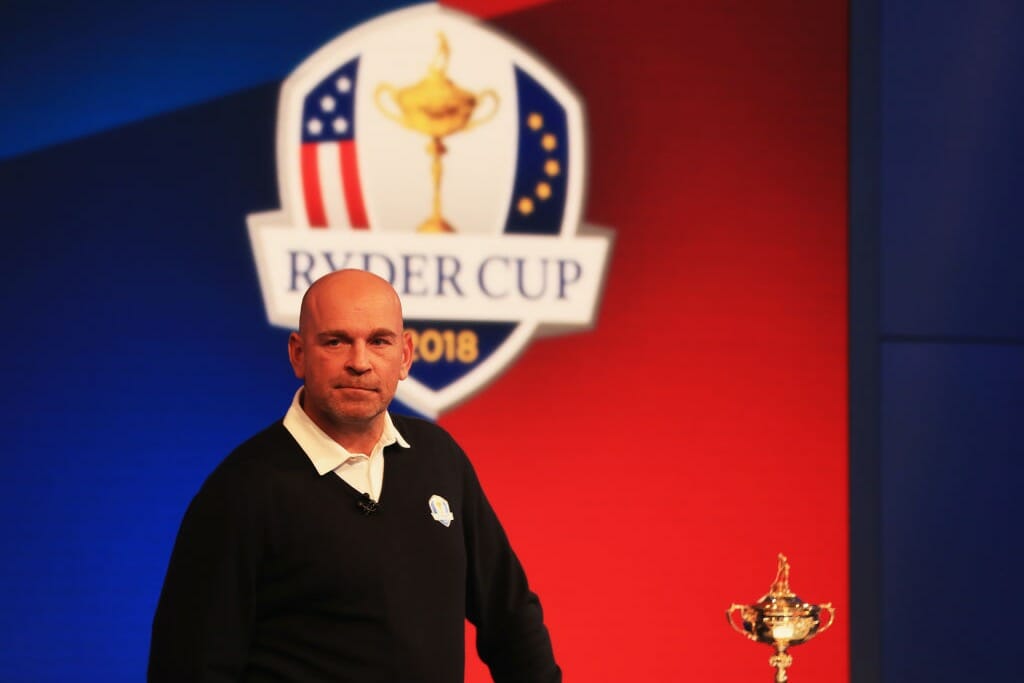 McIlroy was seemingly at the heart of a prank orchestrated last week during the rain-affected BMW Championship in suburban Philadelphia.

McIlroy, Henrik Stenson, Ian Poulter and Tommy Fleetwood were all staying at the Marriott West hotel in the ‘City of Brotherly Love’ and unveiled their prank in gathering in the foyer of the hotel but it was on route back to the hotel from the Aronimink course McIlroy set ‘The Sting’ in place by phoning Bjorn.

McIlroy was behind the wheel of the BMW courtesy car with Stenson in the passenger seat, Poulter in back when the car set off but they had only travelled a few yards in stopping to pick-up Fleetwood who was walking in the direction of the main vehicle entrance to the club. All had seat belts on with the exception of Fleetwood.

McIlroy looked very much as ease driving the spanking new BMW sedan with one hand on the wheel but when Stenson commented he’d just gone through a four-way intersection with ‘STOP’ signs without stopping we next saw Fleetwood wearing his seatbelt.

McIlroy rang Bjorn asking him if he might consider purchasing a “cryotherapy chambes”, costing around £20,000 each, as McIlroy indicated he had just undergone the ‘cold temperature therapy’ in a unit on hand at the Aronimink club, and boasting it was a great way to unwind after a game of golf and made him felt more alive.

In fact, McIlroy suggested Bjorn purchase one each for the 12-members of his Versailles team and with Poulter prompting McIlroy to inform Bjorn that the chambers were also good for promoting weight loss. an obvious dig at Bjorn’s waistline.

McIlroy later let the cat out of the bag, and Bjorn warned the Northern Irishman to be on his guard over the next fortnight.

And now Bjorn has responded:  “It was an interesting phone call, that’s for sure!

“I was like, ‘I don’t know what he’s talking about!’. I was making up all sorts in my head, and you hear about all sorts of therapies and ice baths and you think ‘athletes and modern-thinking players… maybe this is something’.

“But then all of a sudden I got a video through saying, ‘here’s a video, sorry’.

“He’s in big trouble! He might not play until Sunday now! That’s okay, they looked like they had fun.

“It’s never fun when you get done on the prank but I have to take it in the spirit it is, it was a good moment.

“If you know me well enough you have to think that at some stage during the next weeks they’ll find themselves in a situation that’s a little uncomfortable.”

Power off to bright start on day one in Puerto Rico