Leona Maguire just two off the lead in South Dakota 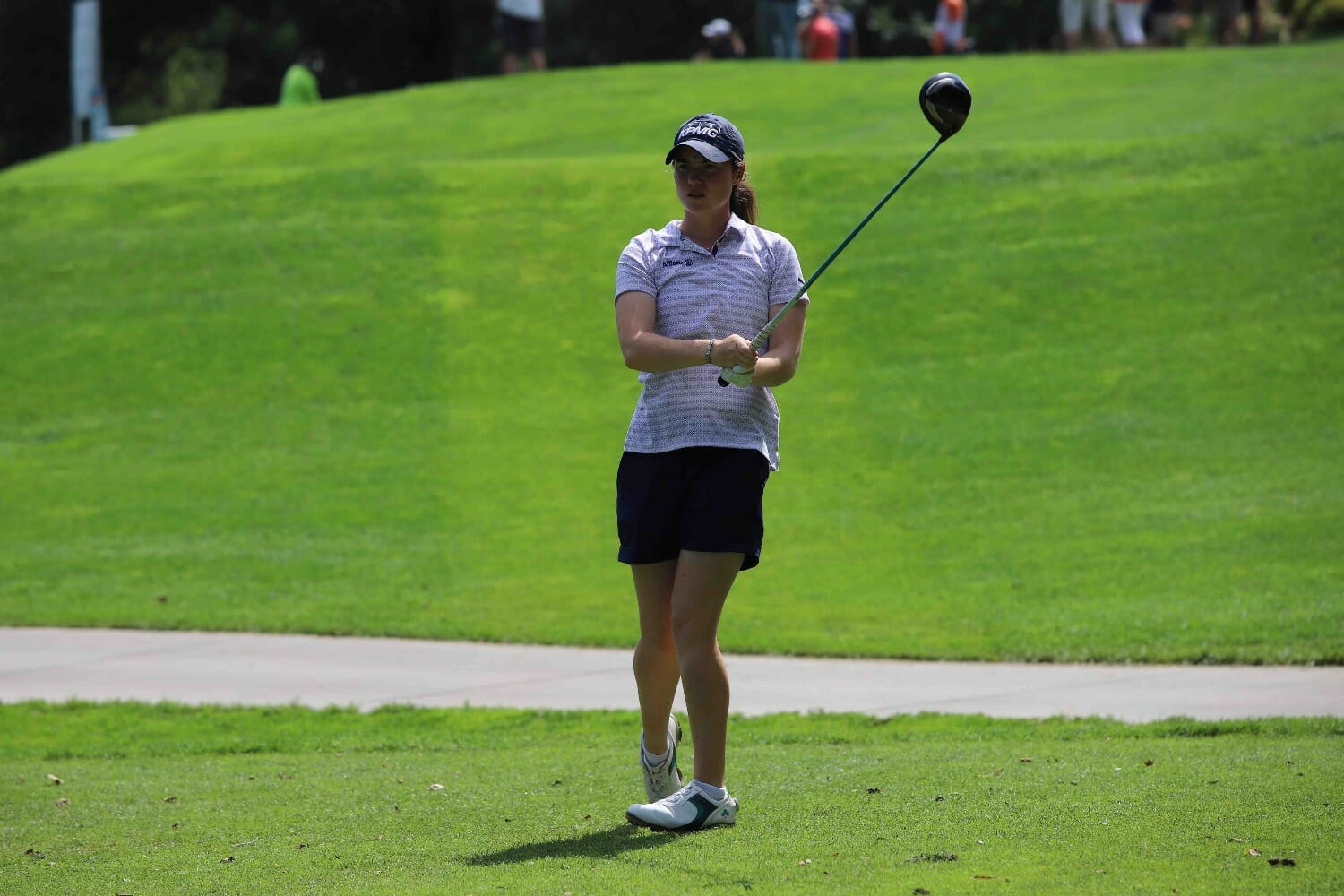 Leona Maguire is just two shots off the pace at the Sioux Falls GreatLIFE Challenge at Willow Run Golf Course as the event enters the final round today.

Maguire, a co-leader after day one fired a superb three under par 67, which included four birdies and one bogey, to get herself back into contention following her second round 72 and she is now just two shots off the pace set by Linnea Ström (Hovas, Sweden) who put together a 4-under par 66 and is 8-under par overall.

Stephanie Meadow continued to improve her scoring, adding a one under par 69 to her opening efforts of 73 and 71 but it was a rollercoaster third round for Meadow who carded six birdies, three bogeys and a double bogey.

With just one round remaining leader Strom, who like Maguire is a Symetra Tour rookie, is gearing up for a run at her first title on the road to the LPGA Tour.

“This is the first time I’m in this position on the Symetra Tour, so I’m very excited and looking forward to tomorrow,” said Ström, who recorded an eagle, three birdies and only one bogey this afternoon. “I’ll enjoy the experience, go out and do my best. What I’m going to do different is more focus on what I am doing and can affect, not look at anyone else. That’s the most important thing for me tomorrow and have fun with my dad on the bag.”

Ström’s performance has come with the Swedish National Team coaching staff in town for the week, including the swing coach, mental coach and physiotherapist. Their presence has provided some good work to be put in off the course, with the result speaking for itself on it.

“They are great support for all of us and it’s a lot of fun having them here,” said Ström, one of eight Sweden natives in the field. “I’ve been working with them since I was 12-13 years old, so I know them very well. Even so, I think it will be a little more nerves come tomorrow, but at the same time I like being a little nervous. I think that’s good.”

Meanwhile, 36-hole leader Dottie Ardina (Laguna, Philippines) stayed steady on day three, carding a 1-under par 69. Going out, the current No. 1 in the Volvik Race for the Card fired a bogey-free, 3-under par 31. The back nine was a different story, however.

“I was playing good on the front nine, but couldn’t get it together on the back nine with a three-putt and bogey on No. 17,” Ardina said. “There’s still tomorrow so I just need to continue to play well.”

“I’m just going to do my best tomorrow and work on more of a mental game” said Ardina, who has four runner-up finishes on the Symetra Tour this season. “As long as I put myself in a good position to win, I’m good with that. Right now, I’m in a good spot and like where I’m at.”