Pastures new but same problems for Clarke on Senior debut 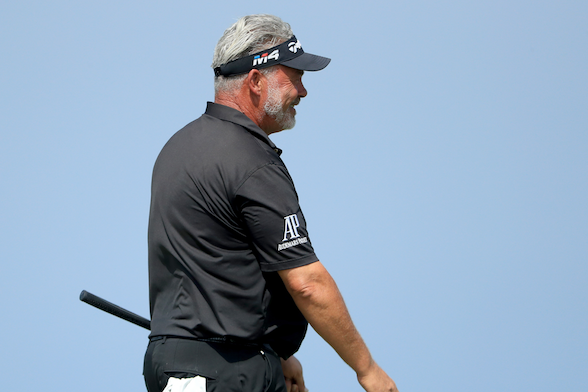 Making his PGA Champions Tour debut, Darren Clarke was left to rue a nasty second round 76 after an encouraging start to life in the over 50’s club stateside at the Boeing Classic in Washington.

The Northern Irishman did show positive signs his game was getting close as he opened with a four under par 68 before the second round 76 derailed him. Clarke then posted a final round 66 on Sunday to jump up to a very respectable tie for 25th for the week.

“All in all, I really enjoyed my week,” Clarke said. “I think the most surprising thing was I think the public perception. People tend to imagine they play the courses a little bit shorter than they actually do, and the courses aren’t that short and the greens run to 12 on the stimpmeter. It’s a test, but the guys just flat out go for it out here.”

No Eureka moment then to accompany Clarke’s transition to the senior ranks having struggled for form and to put a consistent number of rounds together over the last couple of years. Still, it’s very much early days as he looks to write a new chapter in his already glittering golfing career.

At the top Scott Parel claimed his first PGA TOUR Champions title, birdieing the final six holes on the front nine in a 9-under 63.
Five strokes behind Kevin Sutherland and Ken Tanigawa entering the round, Parel beat Sutherland by three strokes at The Club at Snoqualmie Ridge.
Tanigawa also failed to follow up a low round, going 64-73 on the weekend to tie for third at 3 under with Miguel Angel Jimenez (67).
Parel’s only previous victory in a PGA TOUR-sanctioned event came in the Web.com Tour’s 2013 Air Capital Classic. From Augusta, Georgia, he worked as a computer programmer and database administrator for 10 years following college, and didn’t turn professional until he was 31. Hometown star Fred Couples finished with a 65 to tie for 15th at 8 under while Chris DiMarco struggled in his tour debut, shooting 74- 75-77 to finish 10 over. He was 73rd in the 77-player field.