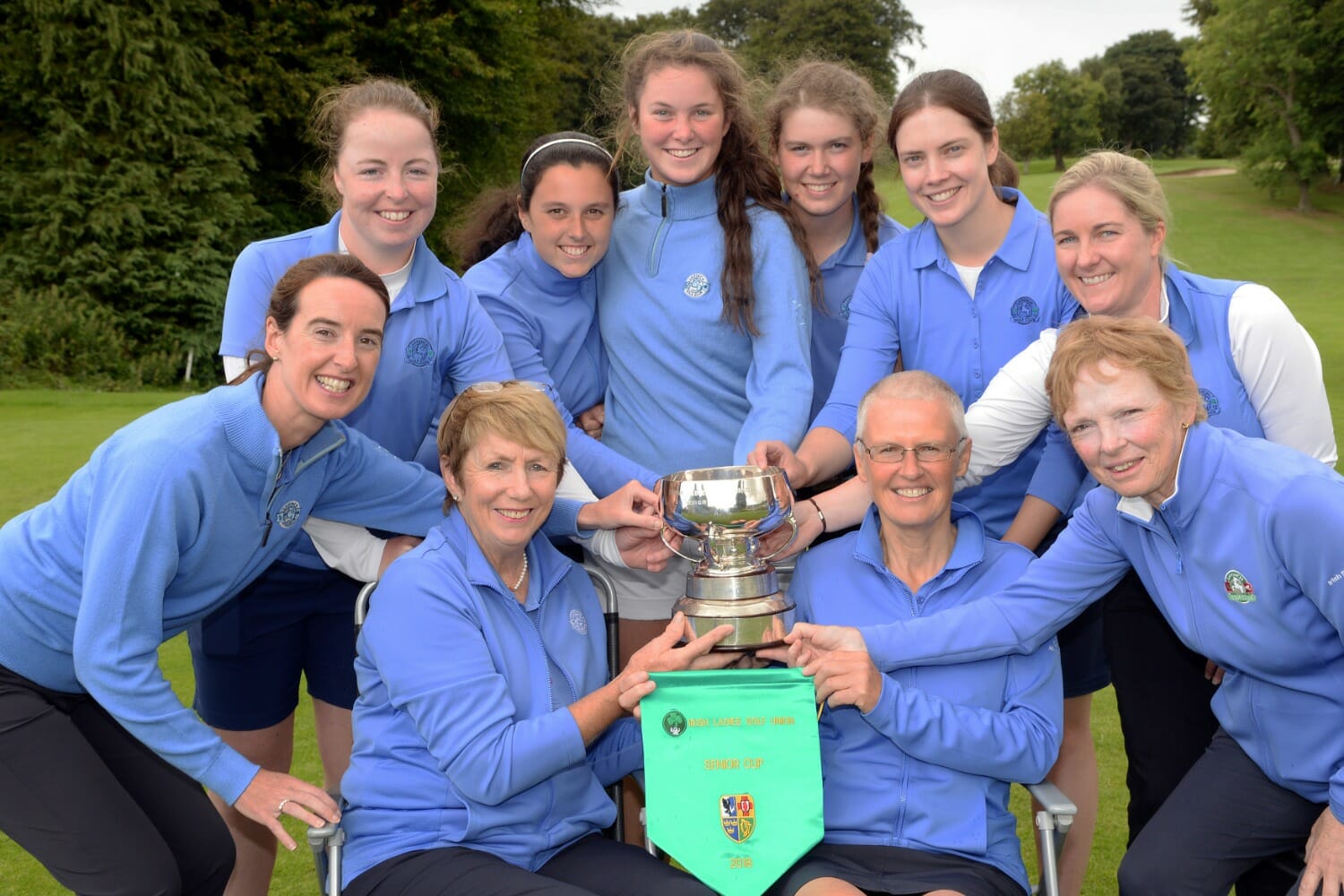 Lahinch are Irish Senior Cup Champions having overcome Royal Portrush, The Heath and Elm Park on their way to victory.

The experienced team which included no less than three past and current Internationals in Aine Donegan, Sarah Cunningham and Sinead Sexton, was completed by Aideen Walsh and Niamh O’Dwyer who both represented Munster at this year’s Women’s and Girls’ Interprovincial Matches.
Walsh, who was drawn to play Irish Girls’ Close semi-finalist Emma Fleming, was first to secure a point for the Clare team in the All-Ireland Final but it didn’t take long for Donegan, Cunningham and O’Dwyer to follow suit and crown Lahinch as All-Ireland Senior Cup Champions 2018.
Lahinch are just the second team from Co. Clare to claim All-Ireland Senior Cup victory after Ennis won the title in 2007 at Milltown.