Sharvin struggles for momentum on moving day at NI Open 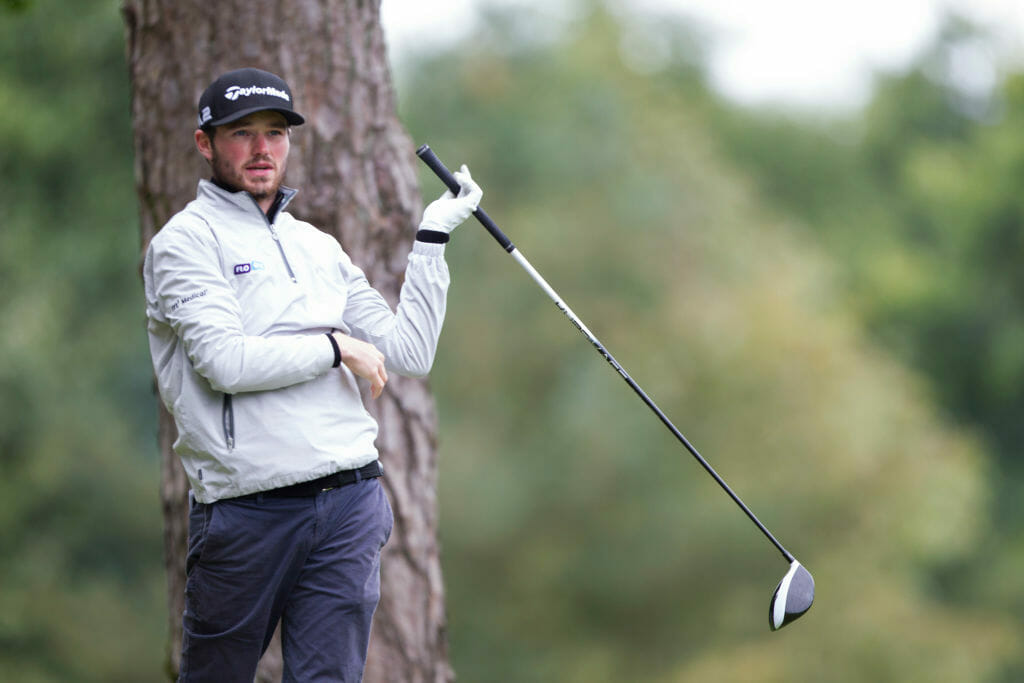 Northern Ireland’s Cormac Sharvin struggled to keep up with the blistering pace on moving day as he saw his title hopes hit hard by an even-par 71 at the Galgorm Resort and Spa NI Open, presented by Modest! Golf.

The Ardglass professional will lead the home challenge into the final round despite a frustrating afternoon today. He managed four birdies but each one was cancelled out over the course of his round; now at 10-under-par and in a tie for 8th, he finds himself six shots off the leaders.
Two shots further back is Clandeboye’s Jonathan Caldwell who only managed an even-par effort himself while alongside him sits a rejuvenated Dermot McElroy; the Ballymena man returning a four-under-par 67 to move into a share of 15th on minus eight.

Michael McGeady acquitted himself in fine style on day three too, the Donegal man matching McElroy’s effort with five birdies of his own to move into a tie for 20th on seven-under-par.
A little further down the field, Chris Selfridge is putting in an encouraging performance after an injury-ravaged season to date. He posted five birdies in a promising 68 to move into a share of 37th spot on four-under.
While The Royal Dublin’s Niall Kearney (-1), Waterford’s Kevin Phelan (+1), Old Conna’s Neil O’Briain (+2) and Naas’ Conor O’Rourke (+3) make up the rest of the Irish players heading into Sunday’s final round.
At the top, Scott Henry and Victor Perez shone brightest on a day of low scoring at Galgorm Castle and share the lead going into the last day.

Scotland’s Henry was the first to make his move during the third round in Northern Ireland, carding eight birdies and a solitary bogey to tie the low round of the week with a 64 and set the clubhouse target at 16-under-par.
Following his own sublime score of 64 yesterday, France’s Perez carried on his red-hot form into today by bagging seven birdies and dropping just one shot to sign for a 65 and join Henry at the top of the leaderboard.
With both Mark Flindt Haastrup and Stuart Manley just one shot back, Henry knows the competition will be fierce tomorrow, and with his last European Challenge Tour victory coming at the 2012 Kazakhstan Open admits another triumph this week would be special.
“It would mean a lot to win here as it feels like a home event,” he said. “It has been a long time since I won and tomorrow is going to be a long day but at least knowing that I have done it before is going to stand me in good stead.
“I knew at the start of the day that there were a lot of guys playing well. Although the weather has been tough there have been a lot of good scores so far this week, and although I wasn’t expecting 64 today I was hoping for something around that.
“When you get courses in such good condition as this you see guys holing a lot of putts, me included, and it should definitely make for an exciting day tomorrow.
“One of the juniors from the course Jamie has been on the bag for me this week. He was in the Pro-Am with me and he has been keeping me right since then. He plays off of five and is an aspiring young golfer who is only 15 and has been making me feel like I need to set a good example!”
Perez, who won his first Challenge Tour title at the Challenge de España last year, believes he is in good shape to challenge for a second victory tomorrow.
“I feel like I have played well over the last couple of months,” he said. “I have been up there a couple of times and not finished how I wanted too so hopefully I can piece it together over 72 holes this week. I feel that my game is trending in the right direction and if it doesn’t happen this week then it will soon.
“Ever since the end of the first round, I shot three under on my last four holes on Thursday, it has been really, really good. I struggled a little bit with my distance control and my irons today but my driving and putting was really steady.