Harrington not shocked that Snedeker cards a 59 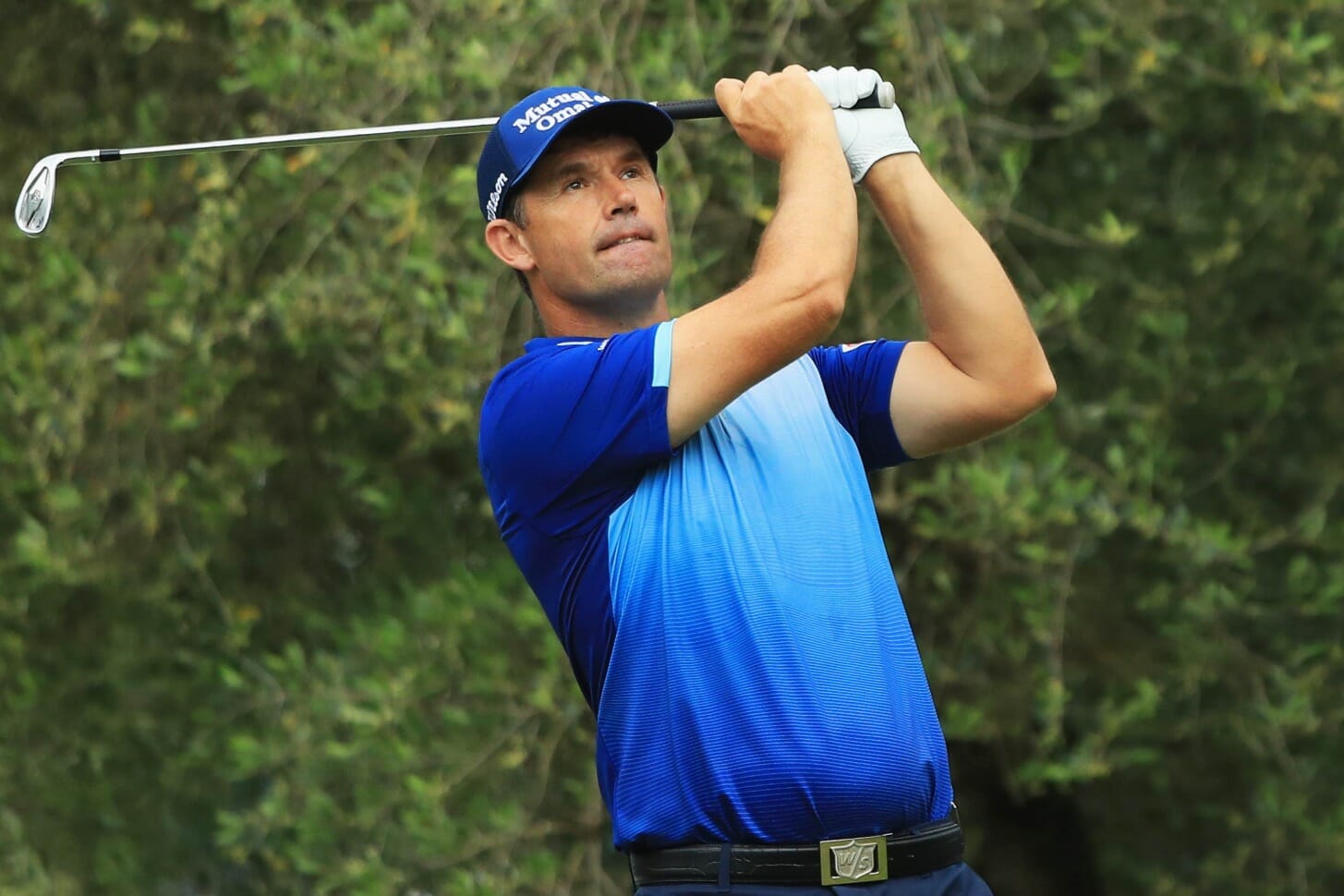 Triple Major winning Padraig Harrington was on the practice range when Brandt Snedeker holed a 20-foot birdie putt on his final hole to post an 11-under par 59 on day one of the Wyndham Championship.

Snedeker became the 10th player in PGA history to shoot a sub-60 round in an effort that included an eagle, 10 birdies and a first hole bogey.
The American needed just 22 puts to end the day three shots clear of compatriots Ryan Moore and John Oda who each signed for seven-under par 63s.

Harrington, like Snedeker, commenced his round from the 10th hole and just like Snedeker he also dropped a shot at his first hole.
Harrington regrouped to birdie his fifth and sixth holes to make the turn at one-under par before dropping a shot at his 10th or the first hole on the scorecard before picking-up a third birdie of his round at his 12th hole.

Harrington then produced six straight pars to sign for a one-under par 69, a score similar to Shane Lowry who had ended his round about the same time as Snedeker but a distant 10 shots behind the leader.
“I didn’t hole enough putts,” said Harrington.
“The conditions were easy enough but I missed a few of the fairways on the short holes which is disappointing. You’ve got to hit the fairways to hit those wedges close, so need to hit a few more fairways and hole a few more putts.”

Harrington was then asked if he was shocked with Snedeker’s score of 59 and what also is naturally a new Sedgefield course record.
“I don’t think it shocked us because if you play good enough on this golf course the conditions are perfect, greens are in good condition, the greens are receptive,” he said.

“So, if you play well you can shoot a score out there. Obviously 59 is a great score but it didn’t shock us.”

While Snedeker is projected to jump 50 places to 30th on the FedEx Cup standings, Harrington is projected to drop two places to No. 222 on the standings and knowing in teeing-up in North Carolina he will be competing on the 2018/19 PGA Tour under the proviso of a one-off ‘All-Time Money List’ exemption.
Not so with Lowry who is projected after his 69 to drop two places to 141st on the FedEx Cup standings and needing to be inside the top-125 come Sunday night to avoid losing his Tour card.

And Seamus Power, who is the only Irishman inside the top-125 competing in Greensboro, had a day he would rather forget in signing for a four-over par 74.
Included in Power’s round was just two birdies, four bogeys and a fourth hole double-bogey and after the frustration of just managing to secure his Tour card by less than $500 late last year, the West Waterford golfer is projected to drop two places to right on the cut-off mark at 125th on the FedEx Cup money list.