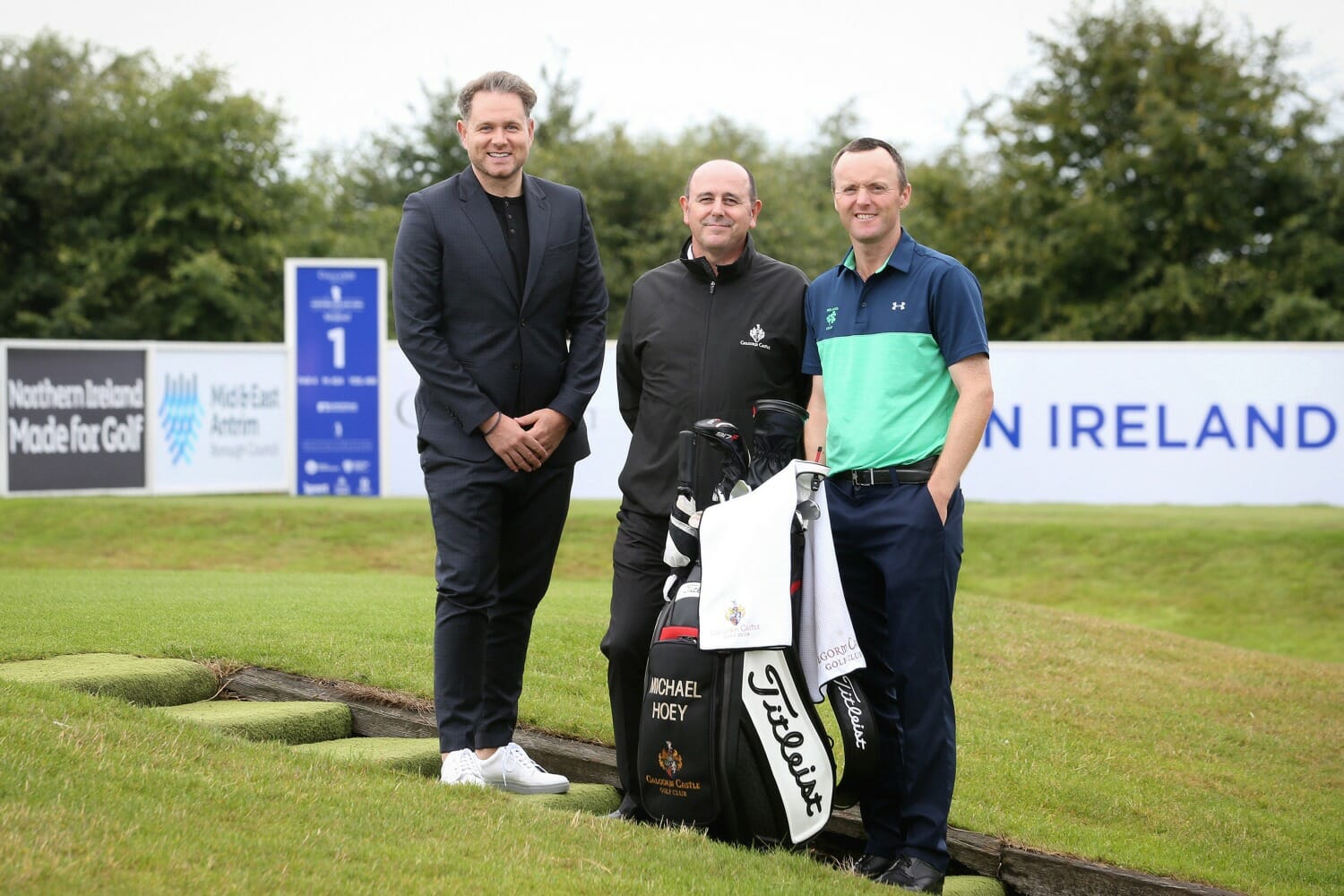 The vision for a new NI Open Men’s and Ladies’ event promises to be one of the standout tournaments in world golf from 2019 with the concept of two professional stroke play events to run simultaneously.

In another bold and innovative move for Northern Ireland’s homegrown annual professional golf tournament, this news means the NI Open remains at the forefront of tournament golf in Europe, not only in the men’s game but now in the women’s game too.

The NI Open has been played at Galgorm Castle since 2010, which means the new concept in 2019 will neatly mark the event’s 10th anniversary. Every year the event has set record attendance figures on the European Challenge Tour with over 43,000 spectators coming through the gates in 2017 as Frenchman Robin Sciot-Siegrist lifted the trophy.

From 2019 there will be two NI Open champions with the event set to attract the best players from the European Challenge Tour and Ladies European Tour (LET).

The joint format was introduced at the Vic Open in Australia and has evolved into one of the country’s most high professional events. It also successfully stimulated greater participation in the game with two events running in conjunction with each other and the 2019 NI Open will look to deliver on a similar promise.

Plans at this stage will see Massereene Golf Club used as the second host course alongside the NI Open’s perennial home at Galgorm Castle in Ballymena. Massereene is an established parkland in Antrim just 12 miles from Galgorm Castle and in 2014, Massereene hosted the prestigious Girls’ British Open Amateur Championship.

There will be two 72-hole strokeplay events with both venues used before play concludes for both events at Galgorm Castle.

It means ladies tournament golf will return to Ireland for the first time since 2012 when Scotland’s Catriona Matthew won the Ladies Irish Open at Killeen Castle in County Meath, venue for the 2011 Solheim Cup.

This development comes at a key time for golf in Ireland with the Golfing Union of Ireland (GUI) and the Irish Ladies Golf Union (ILGU) in the process of merging in a historic move to become one governing body.

This week’s NI Open gets underway from Thursday (August 16-19) with the popular Pro-am to take place at Galgorm Castle today. Entry to the NI Open is free for all the family. Full details at NIOpen.golf.