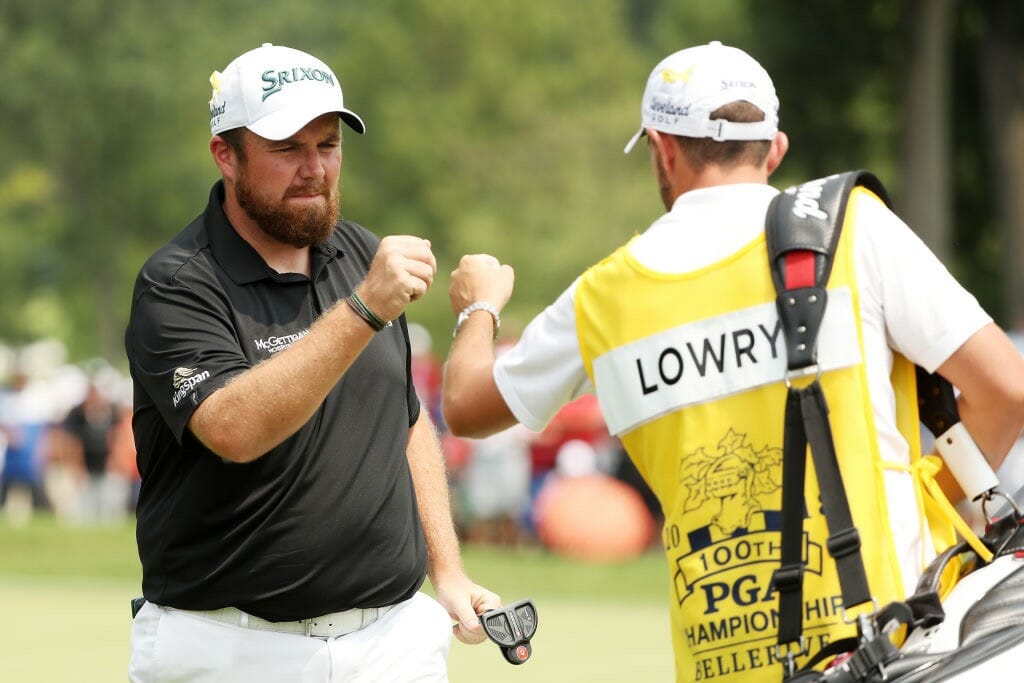 Shane Lowry can take further comfort he’s got what it takes to be a Major Champion after just missing out on a top-10 showing in the PGA Championship in St. Louis.

Lowry was right in the thick of the final action up to the final few holes before eventually settling for a round of 70 and a then share of 12th place at eight-under par on the Bellerive course, but he was a bit disappointed he didn’t do better.

“I’m very disappointed obviously because I had a great chance,” he said.  “I even felt I had a chance to win coming down the last few holes, and I hit that shot into 15. I was playing so nice.  So, very disappointed I didn’t finish better.

“But in saying that, golf can be a lonely game but when you are back competing at this level there is no better place to be. So, while I’m disappointed with my finish, I am really pleased with how I played this week.”

“I feel like I am back playing where I want to be and where I should be.”

Lowry went into the last day of the year’s final major trailing just four shots off the lead and immediately announced his presence with a booming drive down the first. The Offaly golfer sent his second to 18-feet with Lowry and caddying brother, Alan delighted when the birdie putt dropped.

Playing partner Justin Thomas followed him into the hole also for birdie but with Lowry then was left behind somewhat when there was a two-shot turnaround with Thomas walking off five with a birdie after Lowry found a greenside bunker on route to a bogey ‘5′, while two groups behind it was Tiger Woods generating the most roars with back-to-back birdies on three and four.

Lowry picked-off a second birdie ,holing a two-footer at the uphill par-4 ninth but gave the shot back when he bogeyed the 10th and he peaked on the leaderboard with a share of third after holing a 24-footer for birdie on 12 and then sinking a 50-foot ‘bomb’ at the next.

However, there was an incident the right side of par-3 16th when Lowry sought a ruling for his ball that had landed close to a TV tower and not happy with the ruling, Lowry called for a second opinion. Thomas was not prepared to wait any longer and was far from happy when his chip from the right edge of the green flew past the hole by some 16-feet from where he would bogey.

“It is what it is, there were two referees there on 16 and neither of them seemed positive of the right ruling,” said Lowry.
“I thought I should get a drop from the camera tower but they wanted me to drop in the middle of a tree and I couldn’t do that, so I was asking them where can I drop it.”

“The referee just wouldn’t make a decision and he looked at the other referee and he was saying ‘it was your decision’. So, I just played as I did not want to wait around.”

Lowry eventually left his second short and in the rough on route to also taking a bogey ‘4’ while he then dropped a shot on 17.

Thomas was asked following his round what he thought of the events at the side of the 16th green.
“I mean it just was, I mean, no, it had nothing to do with Shane as the rules officials were having a hard time coming up with a ruling,” said Thomas.

“They were kind of looking at each other and saying, well, what do we do and Shane’s like, look, just tell me if I get a drop or not. I’m a quick player and that’s why I went. I didn’t have the best of lies so I think the less I thought about it, the better.”

“But, yeah, it was just one of those things, he wanted to make sure he got the right ruling because he was still in a position to finish really high in this tournament.”

Lowry now heads to this week’s regular PGA Tour season-ending Wyndham Championship buoyed in his goal to retain membership for the 2018/19 season.