No injury concern for McIlroy after an opening 70 at Bellerive

Rory McIlroy has shrugged off any concern on a bandaged right forearm after a round of 70 in the sauna-like conditions on day one of the 100th PGA Championship at Bellerive.

McIlroy kick-started his 10th PGA Championship the hard way missing the fairway right, finding a greenside bunker with his second and two-putting for a bogey 5.
He laid-up on the shortest hole of the course, the 362-yard par-4 11th before landing a second to nine-feet for a birdie ‘3’.
McIlroy pulled off the longest drive of his round at the 12th, an effort of 338-yards, but walked off with a par 4.
He moved into the red for a first time holing a 14-footer for birdie at the par-3 13th ahead of four straight pars but with McIlroy heading to the turn having found the rough off the 18th tee and then after a long second shot well behind the green he chipped to 14-feet and two-putted for bogey.

McIlroy stood on the first or the 10th hole of his round having hit three of seven fairways and taken 16 putts.
There was little joy then for McIlroy over the inward half in posting nine straight pars including saving par from a horror lie down the right of the par-4 9th or his 18th when his ball came to rest near rocks and managing just to move his ball a yard.
“The wind was getting-up and the scores sort of reflect how tough it was getting out there,” he said.
“Rickie’s at 5-under and a few guys are at 3-under and I just wish I could have taken advantage of the two par-5s.
“I gave myself a few chances. I finished the round off with nine pars, and it could have been a little better.
“The wind was sort of swirling, which is making it tricky. I feel like I hit good putts out there today. They either didn’t want to break or they hit something.
So, it was tough. You just had to stay patient.”

McIlroy revealed he felt some pain practicing during last week’s WGC – Bridgestone Invitational but brushed off any real concerns.
“I started feeling it the weekend of Firestone and funny enough, it hurts the most with chipping because I sort of hold the angle a little bit,” he said.
“It’s just that in there. The whole forearm has been tight. I hit a lot of balls last week at Firestone working on a few things, and it’s just a little inflamed and a little tight, but it’s fine.
“The patches are the anti-inflammatory patches, so there’s no need for me to take any pain-killers or the like.” 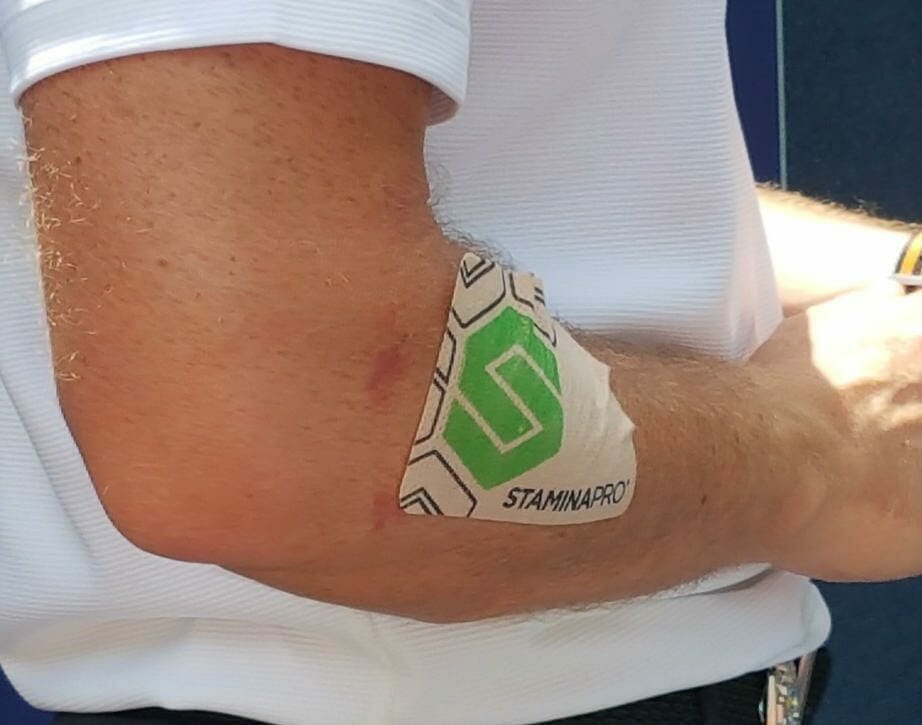 What McIlroy clearly enjoyed in between shots was chatting with Tiger Woods and it’s the first occasion for some time they’ve walked 18 holes in each other’s company.
“It was cool playing again with Tiger,” he said.
“I said to Harry (Diamond – caddy) out there, as Harry caddied for me in the 2005 Irish Open when I was 16, and then we’re walking the fairways in a group like this today, 13 years later.
“So, it’s pretty cool. Yeah, it’s always nice to be a part of these groups. You know, it’s something that I have sort of got used to, and that’s a nice position to be in in this game.
“But, yeah, the cool thing about golf is Tiger is playing with us.
“Tiger spoke at the Champions Dinner here on Tuesday night, saying he played the first two rounds of Valhalla in 2000 with Jack Nicklaus, and that was his last PGA.
At the top, Rickie Fowler muscled his way to an early two-shot lead carding a five-under par 65 and honouring the passing of Australian-golfer, Jarrod Lyle by wearing a bright yellow shirt.
Shane Lowry heads the field of four Irish taking to the rain-softened emerald greens and grabbing three birdies and one less bogey in a one-under par 69.
“I’m happy as the pins were very tricky out there,” said Lowry.
“It felt really easy but looking at the scoreboard now and again, guys were only at two or three under par, and normally there should be guys, five or six under but that was all due to the pins being on a lot of knobs and slopes, and they’re were tricky.”
Padraig Harrington carded a one-over-par 71 to sit in a tie for 66th while Paul Dunne was two shots further back in a tie for 106th on three over after a 73.