Caldwell and Hurley break par on day one in Finland 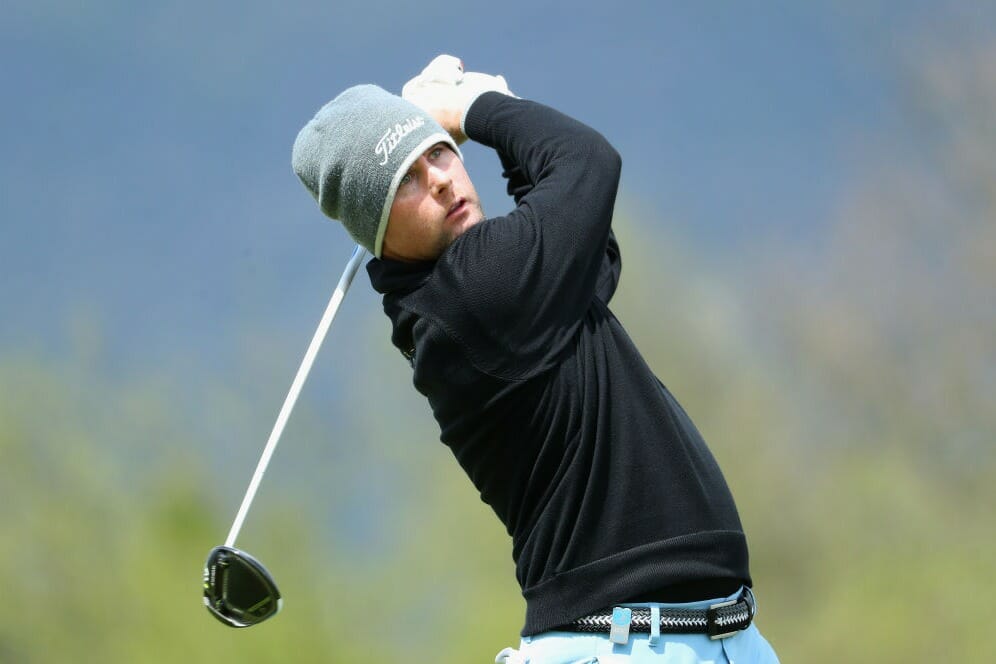 Jonny Caldwell got off to a solid start on day one of the the Vierumäki Finnish Challenge as he carded four birdies and only two drop shots to post an opening two-under-par 70. One shot back from Caldwell was Gary Hurley who carded a roller coster one-under-par 71 that included six birdies.

Hurley got off to the worst possible start as he was four-over-par after five holes but recovered well with three gains on his 7th,8th and 9th leaving the Waterford man in a tie for 59th. Paul McBride sits in 84th after an opening level par 72 while Naas Golf Club’s Conor O’Rourke has work to do to make the cut after an opening two over 74.

Sat the top, Tom Murray birdied half of the holes and did not drop a shot around the Vierumäki Resort Cooke Course as he raced out to the Vierumäki Finnish Challenge lead on Day One.

The Englishman began his round on the tenth hole and immediately went to work — carding five birdies on his opening-nine to turn in 31.

Scoring conditions were ideal for the morning wave and Murray took full advantage by converting three-consecutive birdies in the middle part of his back-nine before a strong breeze kicked up towards the end of his round.

“There were low numbers there to be shot,” said the 28 year old.  “But it became windy, especially on the closing holes. It was really gusty in a few places, so I would say that it was scorable, but it was also tricky.”

With four top 15 finishes to his name this season, the Manchester native has been having a solid 2018 campaign and is no stranger to the top of the leaderboard after leading for the first two rounds of the Hauts de France Golf Open in June.

The fast start in Finland may be the result of a laid-back approach he took in preparing for the 18th tournament on the Challenge Tour International Schedule.

“I got here on Monday this week, and I never arrive on a Monday,” he said. “But I did barely anything until the Pro-Am on Wednesday.

“I putted really nicely today. I holed one from 40 feet and another from 25 feet, and then on the back nine I hit it pretty close a few times.”

Chasing down the leader is a duo who sit one shot back on eight under par — France’s Mathieu Fenasse and Italian amateur Lorenzo Scalise, who is playing in his first tournament on the Challenge Tour.

Scalise, who finished tied- 11th at the 2015 Italian Open on the European Tour, is competing in his penultimate event as an amateur this week and intends to turn professional following the World Amateur Team Championships next month, where he will represent his native land.

“Definitely the experience from the Italian Open helped,” he said. “Even though this is my first Challenge Tour event I relied on that experience of playing with the pros and doing well with them, so I just tried to use that and remind myself that if I play my own game, its good enough.”

Still very much part of the tournament is home-favourite, and Road to Ras Al Khaimah Number Five, Kalle Samooja, who responded to a bogey at the 14th hole with four-consecutive closing-birdies to post an opening-round of six under par 66. The Finn is still without a win this year and is sure to garner tremendous support from the vocal crowds over the next three days.

Day Two of the Vierumäki Finnish Challenge begins friday at 7:30 am local time, with Murray teeing off at 1:00 pm.