Johnson full of praise for Paul Dunne at Firestone

Double Major winning Zach Johnson was full of praise for playing partner Paul Dunne despite an eight-shot difference between the pair on day three of the WGC – Bridgestone Invitational in Akon, Ohio.

Dunne also found himself being asked to attend a random drugs test straight after signing for a disappointing five-over par 75 to drop to four-over in total in his first appearance in the $10m event.

In contrast Johnson, who made his first appearance in the event in 2009 and has contested every tournament at the Firestone Country Club with a best a year ago of second to Japan’s Hideki Matsuyama, is just outside the Top-20 after a three under par round.

However, the 2007 Masters and 2015 Open Championship winner was full of praise and also very complimentary of his Greystones opponent.

“It’s the first time I’ve played with Paul and it’s not like I am oblivious to what he has done and achieved in golf because we all remember how close he went to victory at St. Andrews in 2015,” said Johnson.

“Paul had virtually one hand on the Claret Jug going into the last round but then we’ve seen the potential with him winning late last year over in Europe.”

“He struggled today, but what I like is that he has a good demeanour and he’s got his systems which I like.  I am not much on fundamentals in knowing things like that but it looks really good.”

“He reminds me, and it’s probably a poor analogy, but he’s a lot like Rory as Paul’s got strong legs that lead to a strong base and speed.  He’s got plenty of speed when he wants it.”

“Overall, the good thing about Paul is that he’s already accomplished a lot in this game and he’s only going to get better.”

While Johnson managed five third round birdies heading to Sunday’s final round of the final Bridgestone Invitational, Dunne could manage only one and that was at the par-5 16th, playing a 102-yard wedge over the pond guarding the green to just five feet and holing the birdie putt. 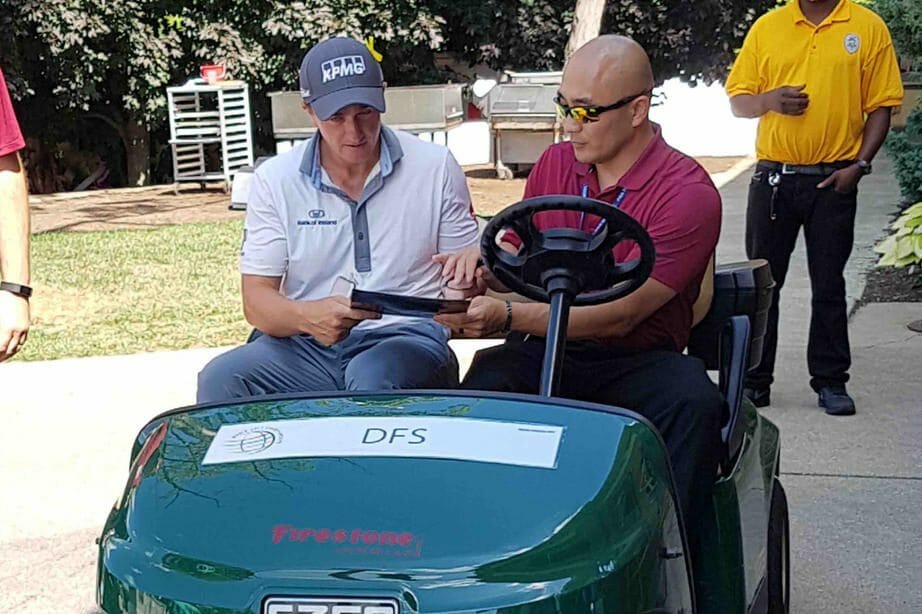