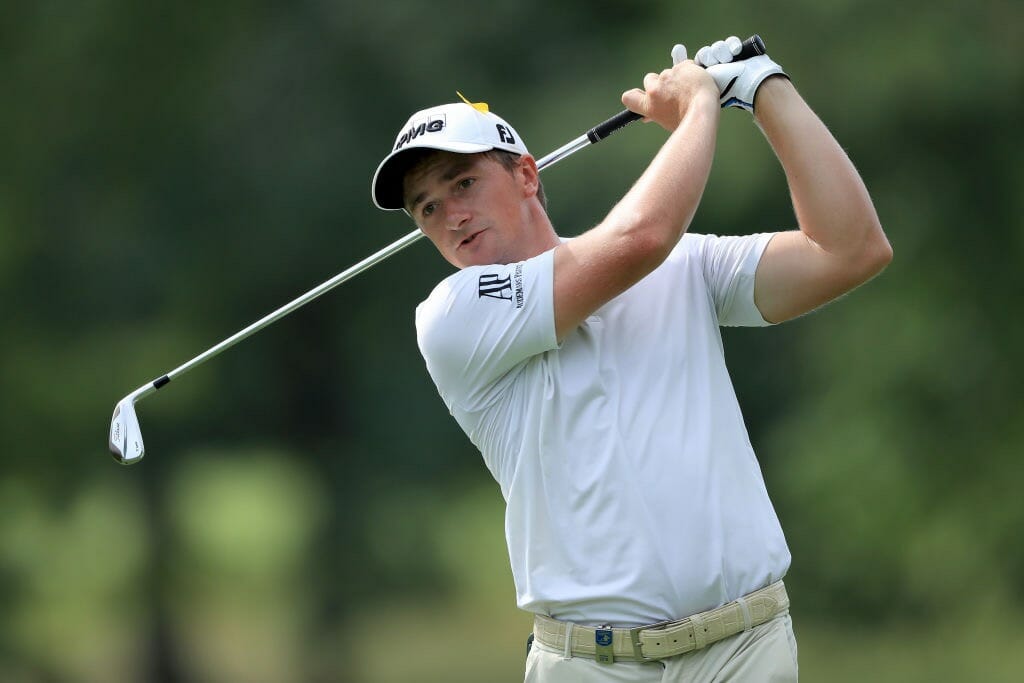 Paul Dunne was delighted to birdie his closing two holes in a round of 68 to move to one-under par and find his way just inside the top-40 in his first appearance in the event.

It had the Greystones golfer heading to the weekend 10 shots behind the leading trio of the England duo of Tommy Fleetwood (63) and Ian Poulter (67) and next week’s defending PGA Champion, Justin Thomas (64).

“A 68 was okay but I didn’t play all that well but then it was a nice finish to birdie the last two holes,” he said.

“The good thing about the course if you do miss fairways is there are open areas without any trees, so you can scramble your way to par. As scrambling is a good trait of my game, there’s not too much danger lurking.”

“So, if you can find the fairways that’s fine whereas if you don’t you can scramble. I am under par for the two rounds considering how my game was at the start of the week. So, it’s something to build on over the weekend.”

“The good thing also is that there’ s no cut this week and I have the PGA in St. Louis next week so it’s good to get back to golf in the US after a good few weeks of links golf back home.”

After some lunch, Dunne spent a good hour on the Firestone practice range in sauna-like conditions keeping company beside Fleetwood.

“I was working after my round on trying to get more into my right heel on my back swing and make the transition a little more softly from my right heel to my left heel,” he said.

“I’ve always had problems with an early extension and getting a bit snappy from the top, so I am trying to sit back more on my shots.”

Dunne’s was showing no ill-effects from a cortisone injection into the top of his right hand and a procedure to drain a cyst.

“The hand is fine and I didn’t play at all last week just to rest it, so it’s been okay,” he said.

“The injection didn’t work straight away but then if was fine after about six days and is now no concern and just perfect for these two weeks.”