Selfridge strides into Top-10 heading to the final round 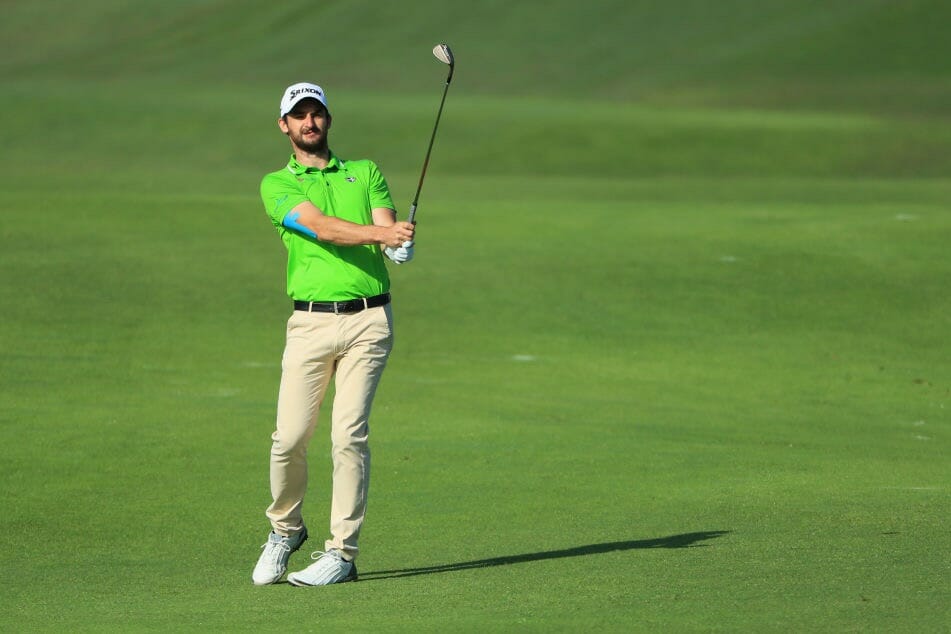 Chris Selfridge made a timely return to form to move inside the top-10 with a round to go at the IFX & Winged Boots Championship at Foxhills Golf Club & Resort, Surrey on the EuroPro Tour.

The Moyola Park professional fired four birdies in a blemish free round of golf to move to a six-under-par total and take up a tie for 10th spot ahead of the final round.

As for the other Irish in the field, Brendan McCarroll isn’t quite firing on all cylinders this week but it goes to show how well the West Cliff’s pro is playing when he can comfortably make the cut without his best stuff.

McCarroll added a one-under 72 to his minus-two start to grab a share of 37th spot with a round to go in Surrey.

That’s one shot better than both Team Ireland’s Brian Casey and Tullamore’s Stuart Grehan who are grinding hard this week; Grehan in particular showing great resilience with his four-under 69 in round two to force himself inside the cut mark.

Unfortunately both Royal Dublin’s Niall Kearney and Mount Juliet’s Luke Donnelly missed the final round cut with those two-under par or better advancing to the final round.

At the top, Dave Coupland followed up his record-breaking opening round of 62 (-11) with a solid second round of 71 (-2) to lead by two shots heading into the final round.

Coupland started the round quickly, picking up two shots in his first three holes, but his first two dropped shots of the tournament came quickly after on the 7thand 8thholes before a further two birdies on the back nine restored his earlier efforts.

Reflecting on his round he said: “It was a very steady round today, and at times a bit of a grind. The momentum shifted in both directions today but in the end, I came out on the right side of that.

“I think there was a lot of expectation from the other guys out on the course who think that because I’m playing well I will go and carry that on, but we all know golf isn’t like that at all; I didn’t really out much pressure on myself but I just got a few bad breaks today that I didn’t have yesterday.

“There were a few pins out there that really get your attention, if you get the wrong side of them you’ve really got to really on some good putting to get you out of trouble.

“It’s nice to be in this position again and I will look to continue what I’m doing, the guys behind are top quality so I can’t afford to rest on my laurels, I’ll have to be on top of my game if I’m to get a win.”

The lowest round of the day went to Coupland’s nearest rival, Beau Desert’s Richard Mansell, shooting a superb 66 (-7) to sit within two of the Woodhall Spa man, giving Mansell a perfect opportunity for revenge after missing out on his first win at Wychwood Park Golf Club this season when Coupland beat him and Joe Dean by a shot.

Just two shots further back sits Coupland’s close friend, and fellow Bostonian Billy Spooner, who is also in the hunt for his second win on the EuroPro Tour this season, one which would all but secure a Challenge Tour card for the 2019 season. He sits tied for third with the top-quality duo of Daniel Gavins (Howley Hall Golf Club) and Billy Hemstock (Teignmouth Golf Club).